Many COVID-19 long-haulers, including myself, suffer from lung damage and prolonged lung issues after the virus.

Chronic obstructive pulmonary disease is a lung condition characterized by breathing difficulty, coughing, and excess mucus production. It’s caused by long-term exposure to irritants, such as tobacco smoke but is also triggered by respiratory infections such as COVID-19.

Another potential complication of COVID-19 is the development of lung scarring (pulmonary fibrosis). COVID-19 can trigger an immune response that leads to inflammation in the lungs, which can cause scarring. Like any scar on our body, there’s a thickening of the tissue and a reduction in flexibility. When breathing, it’s harder for the tissue to expand and contract, leading to less oxygen in the bloodstream. More energy is required to breathe, and this additional energy demand leads to shortness of breath and fatigue.

Darcy Schack, co-founder of Zestt Wellness, suffers from an infection-triggered inflammatory autoimmune disease called sarcoidosis. Sarcoidosis severely affects his lungs and other organs and has similar symptoms as long COVID. Schack describes the feeling of pulmonary fibrosis as “like trying to breathe through a straw.”

Research has shown that anthocyanins—bioactive compounds found in purple fruits and vegetables—help to protect the lungs from damage caused by oxidative stress and inflammation. Research has also shown that specific anthocyanin compounds can inhibit the attachment of the spike glycoprotein of SARS-CoV-2 with the host cell receptor ACE2.

Schack and his partner at Zestt Wellness, Anna Campbell, who holds a doctorate in plant biotechnology, have been studying the effects of bioactive compounds in plants for years. It was Schack’s personal struggle with his autoimmune disease that underpinned their company’s drive to create scientifically proven products to help others who are similarly suffering.

“Several years after my diagnosis with sarcoidosis, I was driving home with a shopping bag full of prescription medications that I was supposed to take daily. I realized at that moment I had to take my life into my own hands and do my own research to find out absolutely everything I could about my illness. I put my background in science to work, and after reading thousands of research articles, two things were clear; first, inflammation is quite possibly the genesis of every disease that exists today; and second, the gut microbiome is more important than anyone has given it credit for,” Schack told me in a recent interview on the Discovering True Health podcast.

Campbell explained that “from what we’ve seen, sarcoidosis and long COVID have extreme similarities.”

“Research shows that the inflammatory pathways between the two chronic illnesses are almost identical,” she said. “So we developed a product based on our extensive research of bioactives to help those experiencing lung issues.”

Schack said, “If we can mitigate the chronic inflammatory process, then we potentially can give our bodies a chance to heal.”

The pair said the threat of the COVID-19 pandemic accelerated their product launch.

What Are Anthocyanins and How Can They Help?

One of the main bioactive compounds in purple fruit and vegetables is a group of pigments called anthocyanins. Anthocyanins are what make these fruits and vegetables purple, and they have antioxidant and anti-inflammatory properties.

“Anthocyanins are free radical scavengers, so they are an antioxidant. What’s important about that is, once you have a chronic inflammatory process triggered, the anthocyanins can help mitigate some of that inflammatory response,” Campbell said.

The consumption of cyanidin, an anthocyanin in fruits such as blueberries and boysenberries, was found to significantly reduce airway inflammation and mucus production, reduce collagen deposition from chronic inflammation, assist the repair of damaged tissue, and prophylactically prevent airway inflammation in studies using animals and human cell lines.

Blackcurrants are another rich source of anthocyanin that have several potential health benefits, such as:

Reducing inflammation: Black currants have been shown to reduce inflammation in the airways and lungs, which may be beneficial for people with asthma, chronic obstructive pulmonary disease, and other respiratory issues.

Improving lung function: Some studies have suggested that blackcurrants may help to improve lung function in people with asthma and other respiratory issues. For example, one animal study published in the journal Molecular Nutrition and Food Research in 2017 found “supplementation with New Zealand blackcurrant is effective in reducing lung inflammation.” Another study found that New Zealand blackcurrants were shown to increase maximum oxygen use and the total running distance in elite athletes by 10.6 percent.

A more recent study, published in 2021, tested 18 dietary molecules belonging to the subclass of anthocyanins to see if they were potential inhibitors of the main protease and spike glycoprotein of SARS-CoV-2 that plays a vital role in the attachment and replication of the virus.

It found specific anthocyanins that are found in many common berries (pelargonidin-3-glucoside, pelargonidin-3-rhamnoside, and cyanidin-7-arabinoside) can inhibit the attachment of SARS-CoV-2 with the host cell receptor ACE2. These compounds had a high drug-likeness per criteria used in medicinal chemistry to predict the oral bioavailability of a drug compound.

Not All Purple Plants Are Created Equal

Can We Improve Lung Function Once Damaged?

Can one improve his or her lung function once it’s been damaged?

“Yes”, Campbell said. “There is groundbreaking new work showing that lungs can improve. A study done by my brother, Dr. Peter Campbell, a medical doctor, scientist, and cancer geneticist who heads up Sanger Institute in the UK, looked into cell regeneration from lung damage in smokers. The study found what they called, ‘bunker cells’ in the lungs. The study showed that once they stopped exposing the lungs to the physical damage, even though there were damaged cells around them, these bunker cells were able to regenerate and slowly start to grow.”

There has been a long debate around the question of whether scarring and lung damage can be reversed. This evidence shows that it may not be fully reversible, but you can improve lung mobility and the lungs will start to regenerate after they’ve been damaged.

“Also, anthocyanins in boysenberries activate M2 macrophages in our immune system; these M2 macrophages then nibble away at some of the inflammation in our lungs,” Schack said.

Schack and Campbell now market a product to take advantage of the medicinal qualities of these plants.

“We used anthocyanins from blackcurrant and boysenberry extract both sourced from New Zealand,” Schack said.

“Our lung formula also contains zinc and quercetin. Zinc powers—and is the foundation of—the immune system. Quercetin is another powerful antioxidant, antiviral, antimicrobial, and a zinc ionophore [helps transport zinc into the cells].”

There are also many other products on the market that take advantage of the science that’s backing these nutrients. Of course, one of the most pleasant ways to obtain our nutrients, including those that may help us recover from long COVID, is to consume fruits and vegetables. It’s best to seek out locally grown foods since these are likely fresher and have preserved more of their nutrient profile. It’s also wise to choose organic foods, which won’t expose you to problematic herbicides and pesticides. 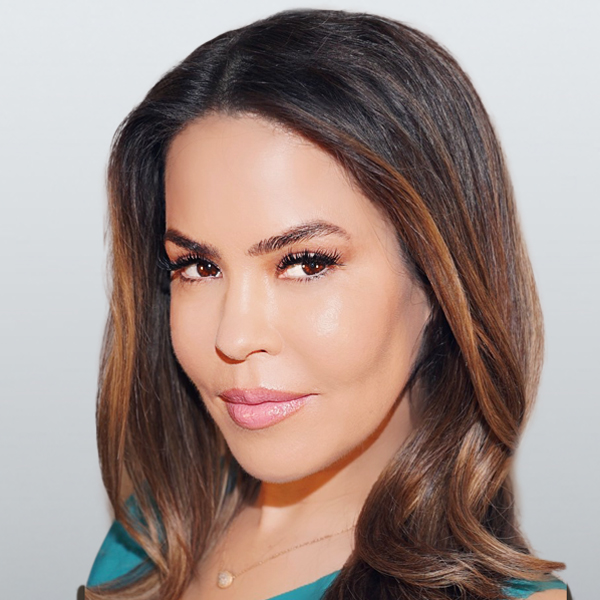 Christy A. Prais received her business degree from Florida International University. She is founder and host of Discovering True Health, a YouTube Channel and podcast dedicated to health and wellness, and contributing journalist for the Epoch Times. Christy also serves on the advisory board at the Fostering Care Healing School.

Tags: ASTHMA breath breathing covid19 influenza lung pneumonia pulmonary pulmonary diseases respiratory STRESS
« How “Sleep Procrastination” Could Be Holding You Back from Better Health
How to get through the saddest day of the year »