Could This New Drug Launch Be a Hit for Viatris?

Last December, Viatris (VTRS -1.03%) and Kindeva Drug Delivery lost in court against AstraZeneca (AZN 1.43%) over a patent dispute regarding one of the latter's patents for its asthma and chronic obstructive pulmonary disease (COPD) treatment Symbicort.

This extended the lapse date of a key patent for Symbicort to July 2023. But with just six months until that patent expires, Viatris could soon launch its generic version of Symbicort, known as Breyna. This is especially the case given that the U.S. Food and Drug Administration (FDA) already approved the drug last March.

With that in mind, let's estimate Breyna's sales potential for Viatris by examining why the FDA approved the drug and digging into the U.S. asthma and COPD market.

A cheap, effective product that could improve patient adherence

Asthma is a chronic condition that causes swelling of the airways, resulting in difficulty breathing. "COPD" is used to describe chronic lung diseases such as bronchitis or emphysema that cause shortness of breath. It is estimated that roughly 16 million Americans have COPD and 25 million have asthma.

If not properly treated, these conditions can result in hospitalizations or even death. And one of the biggest obstacles to positive health outcomes that the healthcare system faces is medication non-adherence. This is when patients don't take their medications as prescribed for various reasons. One of the primary reasons for this is excessive costs of prescription drugs.

Fortunately, as cheaper alternatives to branded drugs like generics and biosimilars grow in prevalence, adherence could increase. The former is duplicated with 100% accuracy and is much easier to obtain regulatory approval for than the latter. This is why generic drugs are typically 20% to 70% cheaper than a branded drug, as opposed to the 20% to 30% cost savings offered by biosimilars.

Breyna was found to be comparable to Symbicort in terms of safety and efficacy in clinical trials, which explains why the generic was approved by the FDA. 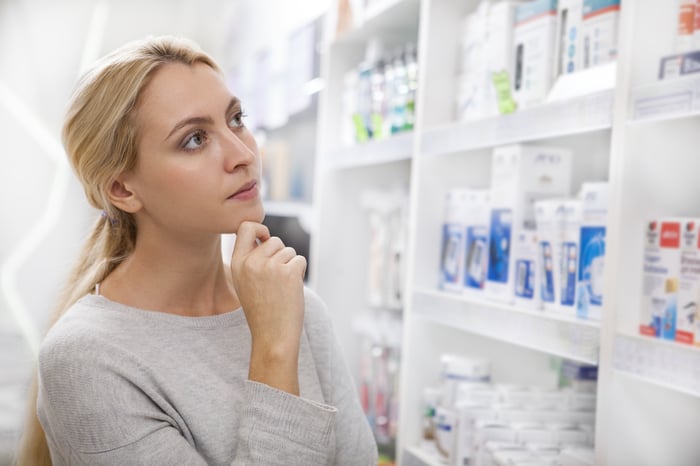 The sales boost would be modest

As a more affordable treatment option, Breyna could literally be a lifesaver for countless asthma and COPD patients. But what could that mean for Viatris' financials? AstraZeneca will generate roughly $1 billion in U.S. revenue from Symbicort in 2022.

Given that Breyna is the first generic version of Symbicort to receive FDA approval, Viatris should have a first-mover advantage. Coupled with the company's size and scale, I believe this will lead to an eventual 50% volume share for Breyna. And adjusting for a roughly middle-of-the-road cost savings of 40%, this would translate into $300 million in peak annual sales potential for the drug.

Splitting this with Kindeva Drug Delivery would net Viatris $150 million in annual sales. Stacked against the $16.4 billion in sales that analysts are expecting for 2022, this would be a 0.9% lift in the company's sales base.

Viatris is a fundamentally solid business, which has numerous programs in the mid- to late stages of clinical trials. Yet, the stock is practically priced as if it could soon go bankrupt.

Viatris' forward price-to-earnings ratio of less than four is well below the pharmaceuticals industry average of 14.8. And while investors wait for the market to come to its senses on Viatris, the stock can reward income investors with a well-covered 4% dividend yield. This is what makes the stock such an attractive pick for value investors.