Posted by: admin Categories: ANXIETY MANAGEMENT
Comments Off on Woman dependent on power-operated oxygen tank to breathe says load shedding is putting her life at risk Jessica Putter depends on oxygen to breathe. Load shedding, she says, places her life in danger.

At the beginning of the year, Jessica Putter and her first love, Odie, got married. The couple last saw each other in 1988 and rekindled their love in August 2020 when Odie sent her a message on Facebook.

But, instead of enjoying their first year of marriage, the Krugersdorp couple are up at night to ensure Putter's oxygen tank does not lose power during load shedding.

Putter suffers from interstitial lung disease caused by two autoimmune conditions and she requires an electricity-operated oxygen concentrator 24 hours a day to help her breathe.

For the last couple of weeks of Eskom's heavy load shedding schedule, Putter has had to rely on her portable battery-rechargeable oxygen concentrator.

I have been sicker than usual because I am stressed.

"I am constantly anxious. Mental health is an issue. My husband is battling exhaustion; he works all day and stays up all night to take care of me. He stays up at night, making sure the generator doesn't go off. He's constantly exhausted; I'm constantly on edge. I have heart palpitations."

She says because of the stress, she is now on anxiety medication.

The couple was loaned a generator when the latest round of blackouts started, but it broke down this week. Odie, who works in the security installation industry, is attempting to fix it.

Putter says: "A portable [concentrator] only runs for as long as there is battery power, and only for as long as the consumption allows, so if I stay at the maximum of 5 litres per minute, it will last 40 minutes. Thereafter it has a car charger, so when the generator breaks down like it has now, we can keep it running in the car.

We use the car charger to keep it running in the middle of the night, which isn't fun. To stretch the time I can use it, I run it at one to two litres per minute. My current prescribed literage is six to eight litres per minute. So, I have to stay really calm because not getting enough oxygen causes my heart to work harder, which could damage my heart.

To keep calm and keep her oxygen consumption low, she does breathing exercises.

She says the cost of fuel has also been a problem. Putter has not been able to work after her slip-on shoe-making business collapsed when the Covid-19 pandemic started.

"We are supposed to be happy that we are back together. Now, our tempers are so frayed. We are spending an absolute fortune on fuel. My husband works so hard and still can't afford fuel. Thank God our generator is petrol and not diesel.

"If we had money, we'd be looking for something like an inverter and solar panels. We can't even save for that. Eskom just keeps coming at you." 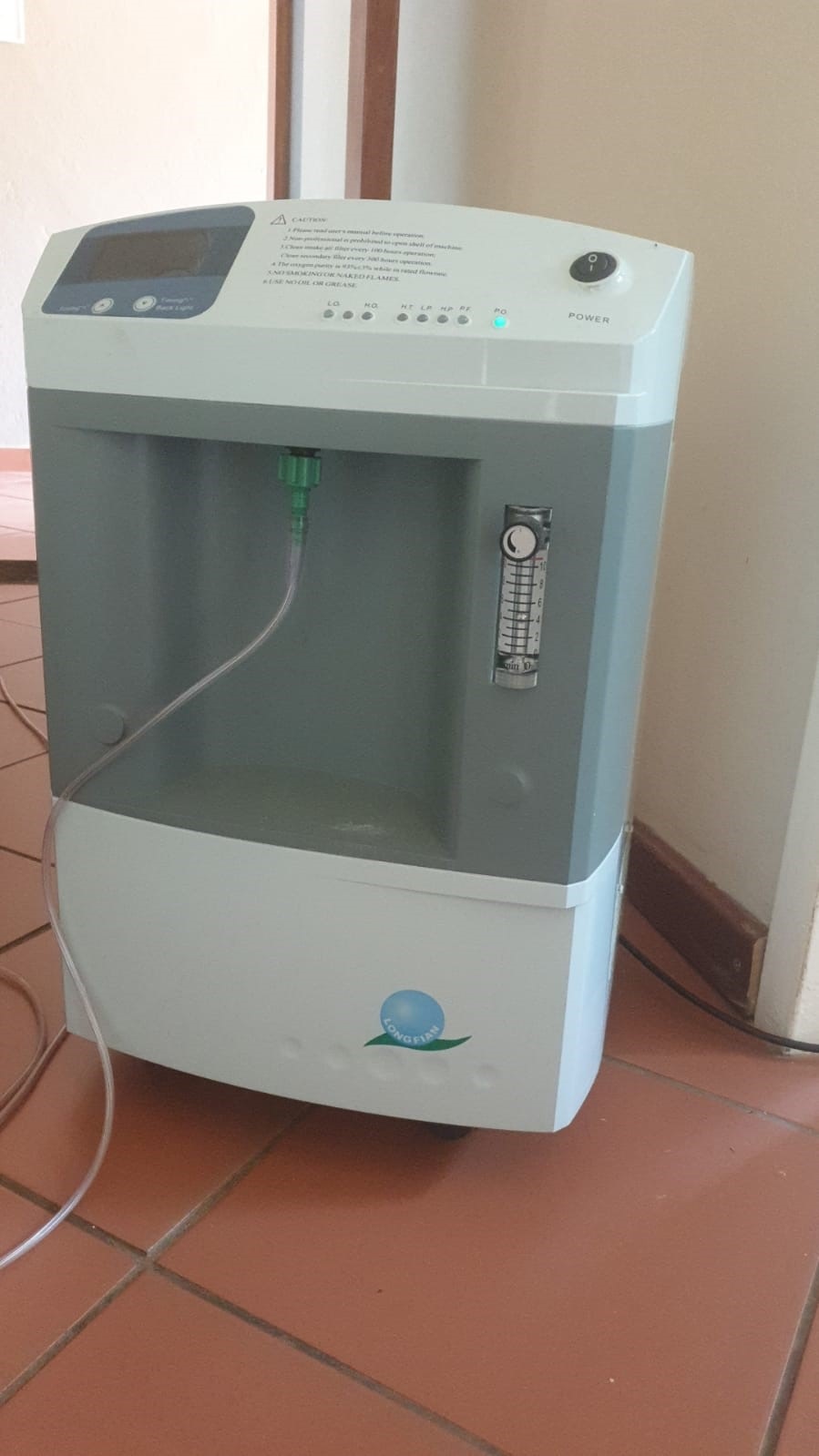 The electricity-operated oxygen concentrator Jessica Putter depends on to breathe.

She says they spend about R1 500 on petrol every week.

Putter says: "I know I am luckier than most people in my situation, but the stress is too much."

On Tuesday, the power entity announced the country would be on Stage 4 until further notice.