Examining how air pollution is hurting our health

Posted by: admin Categories: PREVENTION & WELLBEING
Comments Off on Examining how air pollution is hurting our health

Home to over 44 million people, the Caribbean is among the top travel destinations in the world. With its lush, inviting beaches, vast intricacies of flavourful food, rich, vibrant culture, and citizens, millions of people visit yearly.

Prior to the coronavirus pandemic, an estimated 58.8 million people visited the region in 2019. Despite boasting a paradise appeal, the region faces some of the most severe environmental and socio-economic issues, challenging the very survival of its countries and people.

The greenhouse gases released when burning fossil fuel contributes to air pollution and is one of the biggest drivers of climate change. National Geographic notes, “This creates a cycle where air pollution contributes to climate change and climate change creates higher temperatures in turn higher temperatures intensify some types of air pollution.” These conditions continue to influence the quality of the social and environmental factors that contribute to our health. Thus, citizens in the Caribbean face compounded issues challenging our health and well-being – the food and water we need to live, the security of our shelter, and even the air we breathe.

Four women from different fields relate their experience of living in the Caribbean and coping with the health implications of air pollution. Human activities, such as the burning of landfills and domestic waste, release toxic and harmful gases into the atmosphere which can enter our lungs and bloodstream and increase our risk of heart diseases, respiratory diseases, and lung cancer.

Paulette Palmer is a registered nurse and midwife who lives near a garbage landfill that on occasion ignites. “It just messes up the atmosphere and it’s not only for those that are close to it. The fumes can spread far and wide. And the irritation to your eyes and your respiratory system, especially for those people like me who have sinus problems, it’s not nice.” She recounts “years ago, one of my sisters used to live much closer to the Riverton side. She had to move because it was causing her sinus too, giving her dizzy spells and making her sick simply because of the fumes and her inhalation of it.”

For many, those sentiments are true and all too real. Abigail Jones is the founder of a Caribbean Diaspora Business – Nostalgic Islander living in Jamaica.

She said, “I live in an area where many of my neighbours burn their litter and household garbage so that instantly affects me.” As Jones ponders the gripping effects this has posed on her health, she continues to shed light on an even closer and personal ordeal.

“My grandmother and her neighbours are also affected by burning and smog because they live pretty close to the landfill. Whenever they burn, she gets all the smoke and it’s such a terrible smell. She has developed breathing problems because of this.”

According to a report from the World Health Organization (WHO), approximately seven million people from around the world die every year from pollution-related incidents, accounting for nearly 320,000 premature deaths in the region of the Americas. Consequently, air quality is a predominant problem influenced by the levels and location of outdoor air pollutants, fine particulate matter, and airborne allergens.

UNICEF advocate, Priyanka Lalla, 15, said, “I’ve seen bushfires on the mountaintops and even close to my home. There’s a lot of smoke and ash that pollutes your entire equilibrium. You smell the smokiness and the compression of the air and it’s difficult to even breathe outside. I try to stay inside as much as I can during hot days to avoid heat stroke or to avoid breathing problems, especially with Saharan dust right now.”

Even natural phenomena such as volcanic eruptions contribute to air pollution when the plumes of ash and gas are emitted, resulting in a haze created by volcanic aerosols. Fine particulate matter resulting from the smoke from bushfires, black carbon or soot, and the ash plumes and sulphuric gases from volcanic eruptions, also contribute to poor air quality, causing severe health effects.

In 2021, the La Soufriere Volcano in St Vincent and the Grenadines erupted, resulting in the ashfall, and sulphur dioxide experienced in the neighbouring countries of Barbados, Saint Lucia, and Grenada.

“It was especially awful ’cause you couldn’t even go outside to that point. It was irritating to my eyes. And just breathing it in, I could feel it in my throat,” recalled Charlotte Tom from Trinidad and Tobago, a student currently in Barbados completing a master’s in environmental management who experienced the subsequent poor air quality from the eruption.

“I like to be outside; I like -fresh air. I like to pull my windows down. When something as simple as being outside is a threat to your health, it is kind of depressing. It takes a toll on you in more than one way.”

Air pollution is disproportionately felt by the most vulnerable and disadvantaged, including women, children, indigenous minorities, poor communities, migrants or displaced persons, the elderly, and those with underlying health conditions. An epidemiologist at the Epidemiology Unit of the Ministry of Health and Wellness in Belize, Antonio Hegar tells us that the long-term health consequences of exposure to poor air quality can cause respiratory diseases such as asthma, emphysema, chronic obstructive pulmonary disease (COPD) but also things that you wouldn’t normally associate with air pollution. “People are more at risk of developing strokes, blood clots, and heart attacks as the level of air pollution from fine particulate matter increases.”

For many, like these four women, the reality that climate change and air pollution will continue to affect the quality of the air they breathe is sad. “There is not much that you can do because you can’t live in a vacuum,” said Palmer. In her dismay, Jones said, “It’s a bit scary thinking about what can go wrong next if it is that we don’t change anything. It almost feels like it’s still a taboo topic because many people who still don’t know what climate change is or even if they know, they don’t know that it directly affects them.”

Tom exclaimed feelings of exasperation when she questioned, “Who wants to live in a world where you have to limit your exposure to the air that you breathe? We island people are oftentimes neglected when it comes to the global setting. With an issue as serious and urgent as climate change, you would think there should be no alternatives, there should be no debates – it’s an existential crisis.”

“I wonder what it will be like for future generations if I’m feeling it already. That scares me,” said Lalla. “It doesn’t matter where you come from, who you are or what part of the world you live in; you are facing and feeling the effects and especially in Small Island Developing States.”

The good news is that when we take action to improve the quality of the air, we make our environment cleaner, our health better, and reduce the impacts of the climate crisis. Similarly, policies and interventions that reduce climate change and improve environmental conditions have the potential for huge health co-benefits.

Since 2020, much focus has been on actions for climate and health through the promotion of tools to measure the health co-benefits related to mitigation. The AirQ+ tool which quantifies the health burden and impact of air pollution includes a user-friendly mechanism to assess long-term and short-term exposure to ambient air pollution. The tool is being piloted in TT and Cuba and other countries, under the Strengthening Climate Resilient Health Systems in the Caribbean. The project is being funded by the European Union and implemented by PAHO/WHO, along with five sub-regional implementing partners including the CCCCC, UWI, CIMH, CARPHA, and the Caricom Secretariat, and Cariforum plays a key oversight role. 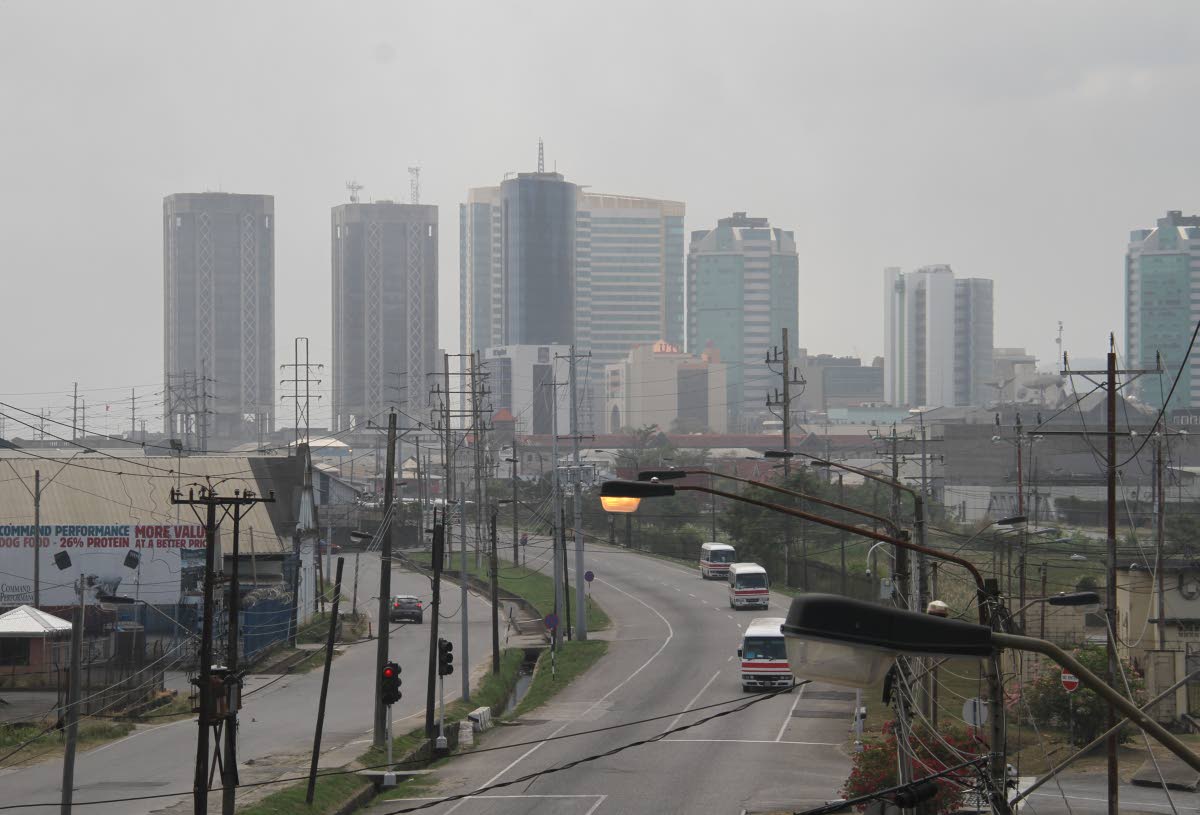 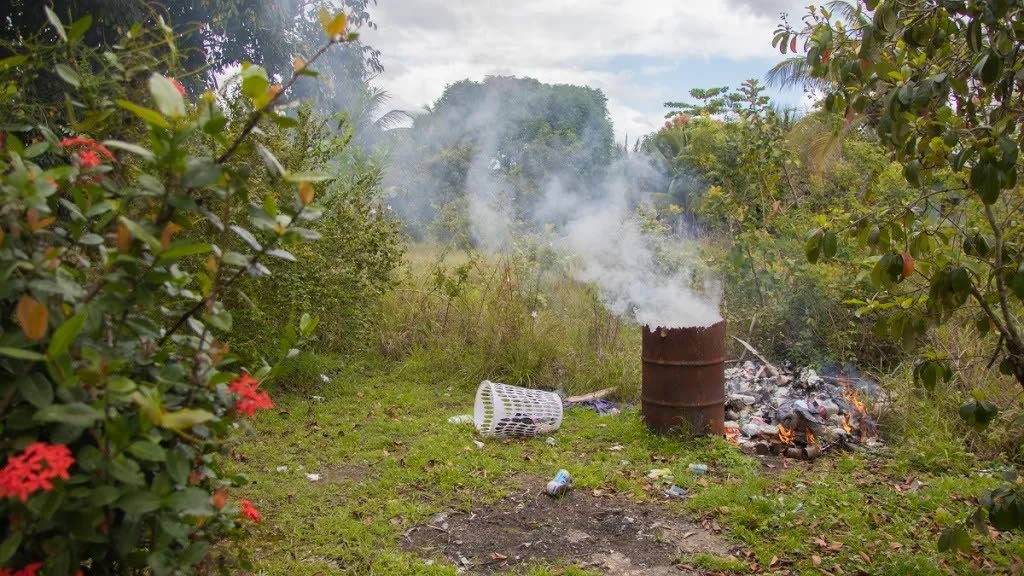 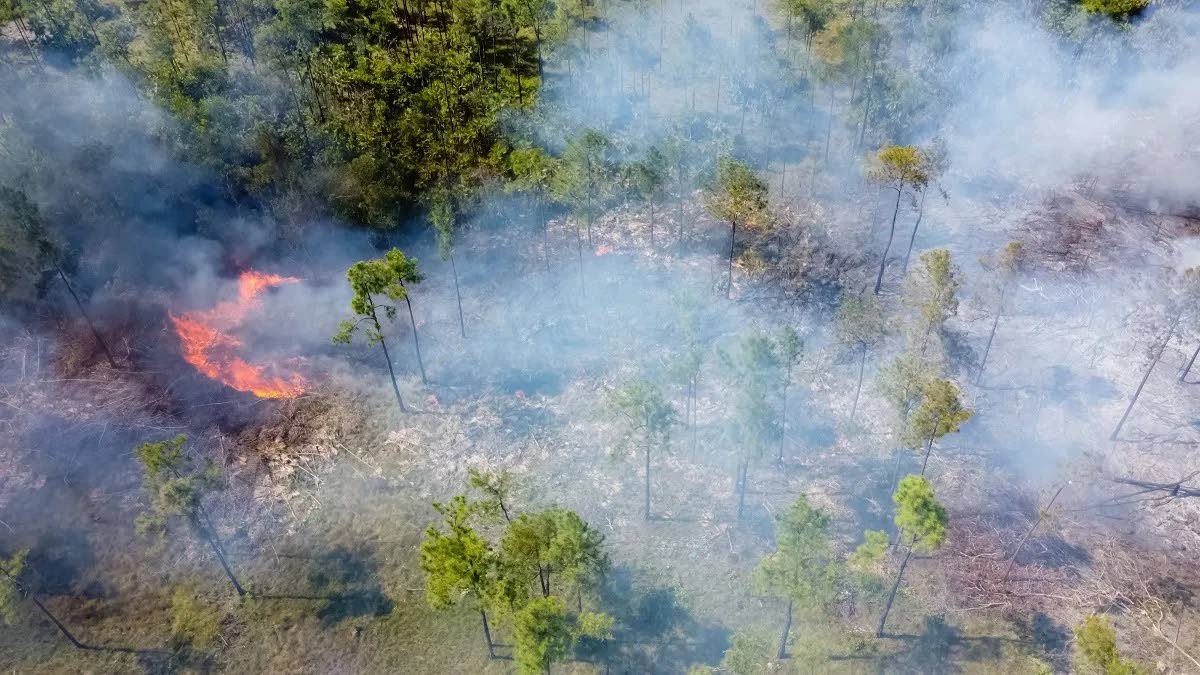