Posted by: admin Categories: PULMONARY DISEASES
Comments Off on Timely diagnosis and treatment can help slow down the progression of COPD says India’s pulmonologists

New Delhi [India], December 27 (ANI/Mediawire): Chronic Obstructive Pulmonary Disease, also known as COPD, is a progressive lung disease that compromises the lung's ability to function, thus making it harder for a person to breathe and hampering their health and productivity. The condition leads to swelling in individuals' airways and damage to their lungs due to exposure to toxins outside of the body, which restricts airflow and makes it more difficult for them to breathe. Statistics show that the disease impacts 1 in every 6 Indians, making it the second leading cause of disease burden in India right after heart disease. Globally, it is the third leading cause of death which has contributed to 3.23 million deaths as of 2019. 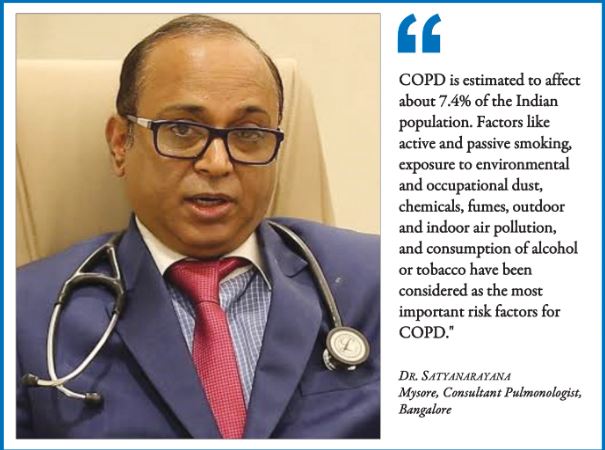 Multiple factors can result in people developing COPD over time. According to Dr Satyanarayana Mysore, Consultant Pulmonologist, Bangalore said, "COPD is estimated to affect about 7.4 per cent of the Indian population. Factors like active and passive smoking, exposure to environmental and occupational dust, chemicals, fumes, outdoor and indoor air pollution, and consumption of alcohol or tobacco have been considered as the most important risk factors for COPD." 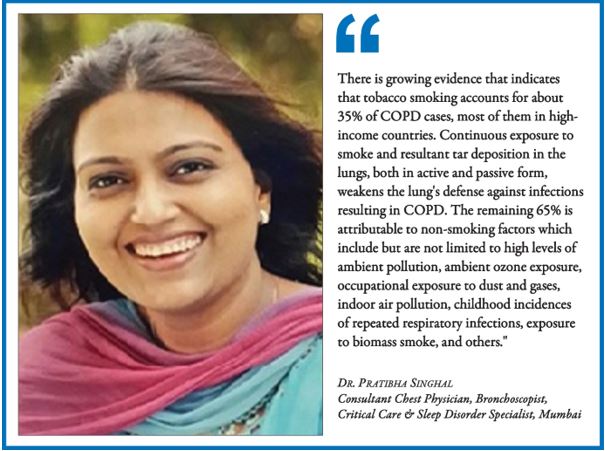 Dr Pratibha Singhal, Consultant Chest Physician, Bronchoscopist, Critical Care & Sleep Disorder Specialist, Mumbai states, "There is growing evidence that indicates that tobacco smoking accounts for about 35 per cent of COPD cases, most of them in high-income countries. Continuous exposure to smoke and resultant tar deposition in the lungs, both in active and passive form, weakens the lung's defense against infections resulting in COPD. The remaining 65% is attributable to non-smoking factors which include but are not limited to high levels of ambient pollution, ambient ozone exposure, occupational exposure to dust and gases, indoor air pollution, childhood incidences of repeated respiratory infections, exposure to biomass smoke, and others." 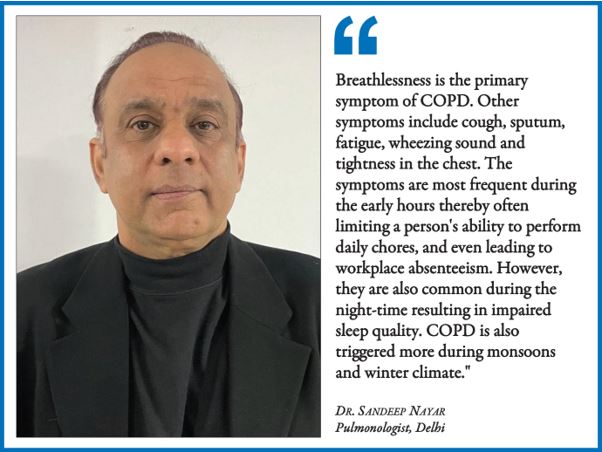 Speaking on the symptoms of the condition, Dr Sandeep Nayar, Pulmonologist, Delhi says, "Breathlessness is the primary symptom of COPD. Other symptoms include cough, sputum, fatigue, wheezing sound and tightness in the chest. The symptoms are most frequent during the early hours thereby often limiting a person's ability to perform daily chores, and even leading to workplace absenteeism. However, they are also common during the night-time resulting in impaired sleep quality. COPD is also triggered more during monsoons and winter climate." While some of these symptoms may seem similar to that of asthma, the severity of both conditions is very different, with COPD being twice as intense. 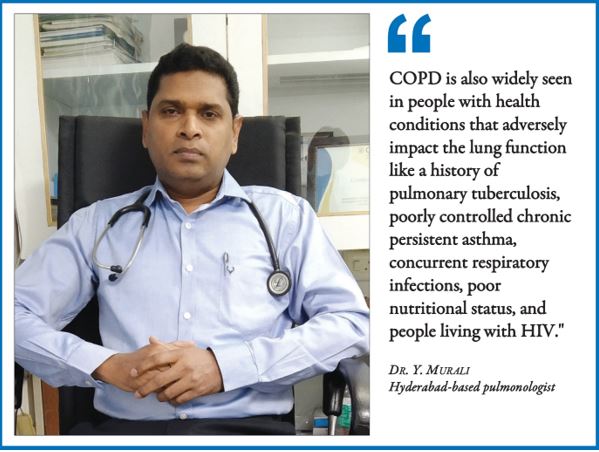 COPD exacerbations are more common in patients with a higher frequency of previous exacerbations, a higher symptom burden, and severity of airflow limitation. A Hyderabad-based pulmonologist, Dr Y. Murali, mentions "COPD is also widely seen in people with health conditions that adversely impact the lung function like a history of pulmonary tuberculosis, poorly controlled chronic persistent asthma, concurrent respiratory infections, poor nutritional status, and people living with HIV."
While the disease is highly prevalent in India and has increased by 29 per cent from 1990-2016, according to a study by Lancet, the number of people affected remains underestimated owing to the underdiagnosis of about 50-90 per cent of Indians. And while the disease cannot be cured, the right approach to managing COPD starts with a diagnosis. 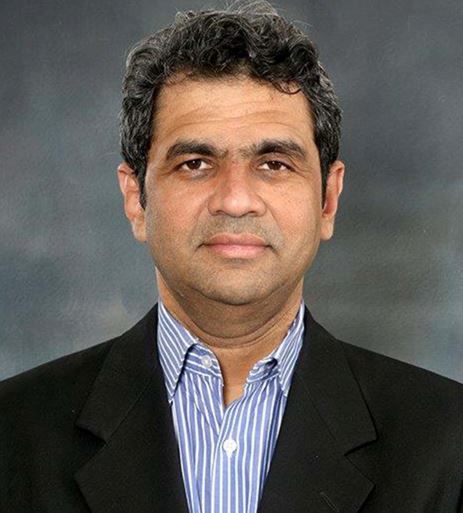 In a webinar aimed at spreading awareness around COPD organised by Cipla, a leader in the respiratory health space, Cipla's Global Chief Medical Officer, Dr Jaideep Gogtay, shared his views on the prevalence and burden of COPD in India; the risk factors in both urban and rural areas; and the right approach to managing COPD so that those impacted can seek early intervention to avoid hospitalisation and live a better quality life. Building your knowledge of the symptoms and ensuring timely diagnosis can help reduce the impact of the condition on your lungs.

Equipping yourself with the knowledge and understanding of life-threatening conditions like COPD and how it can be managed has been made easier with the availability of various resources. One such initiative, BreatheFree by Cipla provides you with multiple resources on chronic airway diseases and connects you to the right solutions, support, and counselling to diagnose, manage and treat the diseases to thrive without constraints on breathing. The programme has counselled more than 14 lac respiratory patients in the past year itself. Content produced based on an awareness partnership with Cipla Ltd.For more information, you can visit: www.breathefree.com/
This story has been provided by Mediawire. ANI will not be responsible in any way for the content in this article. (ANI/Mediawire)