Posted by: admin Categories: ANXIETY MANAGEMENT
Comments Off on The 4-7-8 method that could help you sleep (and anxiety)
Do you have trouble sleeping? Use these tips to improve it 1:44

(CNN Spanish) — Falling asleep or recovering from an anxiety attack may be easy with a 1-2-3 count, but some experts believe a different set of numbers—4-7-8—might be an even better solution.

Also known as “relaxing breathing,” the 4-7-8 technique has ancient roots in pranayama, which is the yogic practice of regulating the breath, but was only popularized in 2015 by integrative medicine specialist Dr. Andrew Weil.

“A lot of sleep difficulties are due to people trying to fall asleep but their minds are buzzing,” said Rebecca Robbins, a professor of medicine at Harvard Medical School and an associate scientist in the division of sleep and circadian disorders. at Brigham and at Boston Women’s Hospital. “But exercises like the 4-7-8 technique give you a chance to practice being at peace. And that’s exactly what we should do before we go to bed.”

Do you have trouble sleeping? Use these tips to improve it 1:44

“It doesn’t ‘put you to sleep,’ but instead reduces anxiety to increase the chances of falling asleep,” explained Joshua Tal, a clinical psychologist in New York State.

The 4-7-8 method doesn’t require any specific equipment or preparation, but it’s recommended that you sit up straight when learning the exercise, according to Weil. Practicing in a calm, quiet place might help, Robbins said. Once the technique is mastered, it could work while lying in bed.

Throughout the practice, the tip of the tongue should be placed against the ridge of tissue behind the upper front teeth, while exhaling through the mouth around the tongue. Then, follow these steps, according to Weil:

Maintaining the ratio of four, then seven, then eight is more important than the time you spend in each phase, according to Weil.

“If you have trouble holding your breath, speed up the exercise but keep the ratio (constant) of the three phases. With practice, you can slow down and get used to inhaling and exhaling more and more deeply,” the specialist advised on his website. . 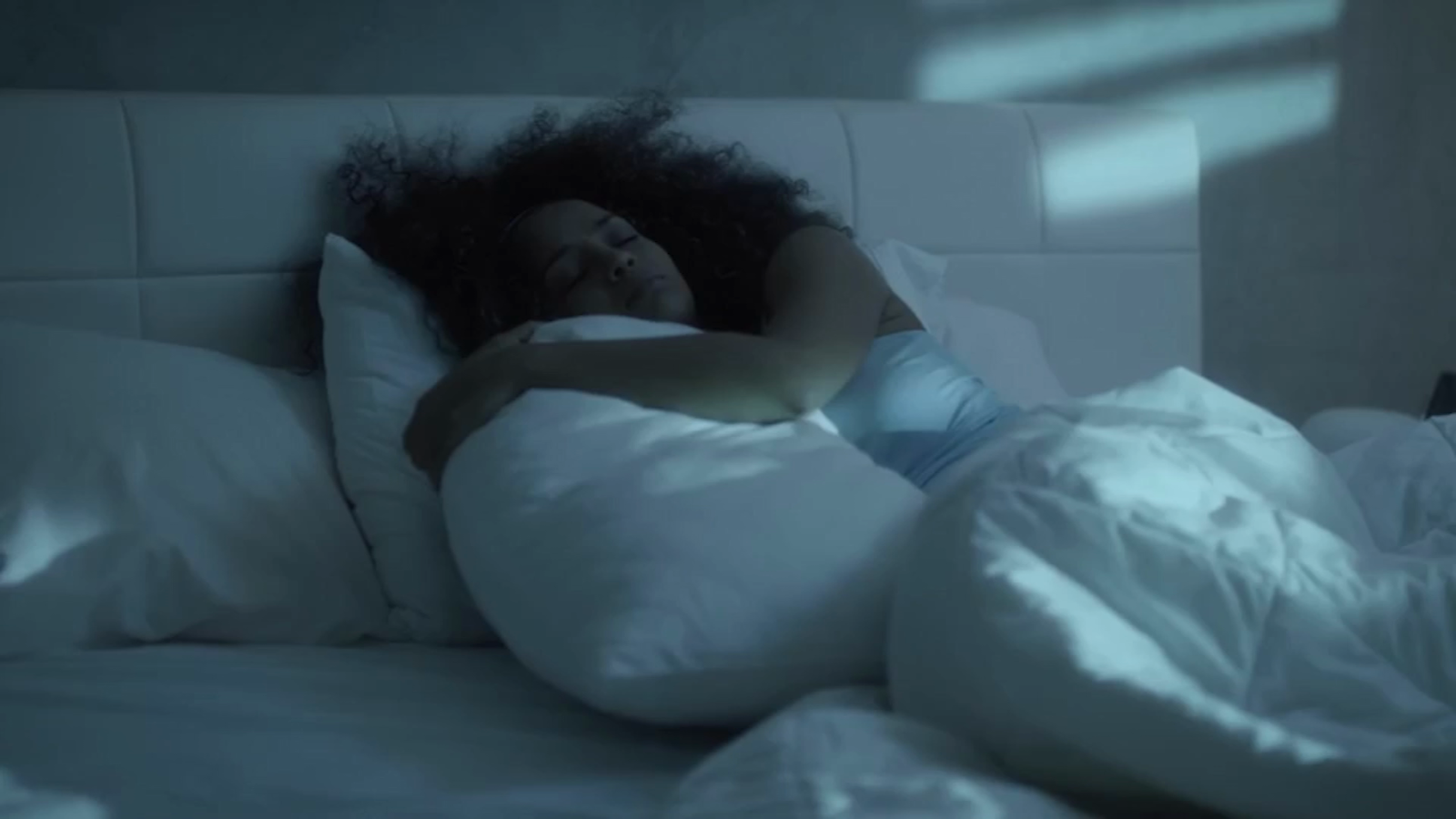 The 4-7-8 breathing practice can help activate the parasympathetic nervous system (responsible for rest and digestion), which reduces sympathetic activity, he added, putting the body in a state more conducive to restful sleep. Activating the parasympathetic system also gives an anxious brain something to focus on besides the question “why am I not sleeping?”

While its proponents swear by the method, more research is needed to establish clearer links between 4-7-8 and sleep and other health benefits, Joshua Tal added.

“There is some evidence that 4-7-8 breathing helps reduce symptoms of anxiety, depression and insomnia when compared before and after the intervention; however, to my knowledge, there are no large randomized controlled trials specifically on 4-7-8 breathing, Tal said. “Research on (the effect of) diaphragmatic breathing on these symptoms is generally patchy, with no clear connection due to poor study quality.”

A team of researchers from Thailand studied the immediate effects of 4-7-8 breathing on heart rate and blood pressure in a group of 43 healthy young adults. After the participants had these health factors and their fasting blood glucose measured, they performed 4-7-8 breaths for six cycles in three sets, interspersed with one minute of normal breathing between each set. Researchers found that the technique improved participants’ heart rate and blood pressure, according to a study published in July.

“If you’re doing some of these activities, what we see is (an) increase in the amplitude of theta and delta (brain) waves, indicating that you’re in the parasympathetic state,” Robbins said. “The slow breathing of the 4-7-8 technique reduces the risk of cardiovascular disease and type 2 diabetes and improves lung function,” he added.

The 4-7-8 technique is relatively safe, but if you’re a beginner, you might feel a little dizzy at first, Dasgupta said.

“Normal breathing is a balance between inhaling oxygen and exhaling carbon dioxide. When this balance is disturbed by exhaling more than is inhaled, it causes a rapid reduction in carbon dioxide in the body,” he explained. “Low carbon dioxide levels lead to narrowing of the blood vessels that supply blood to the brain. This reduction in blood supply to the brain causes symptoms such as dizziness. This is why it is often recommended to start slowly and practice three to four cycles until you feel comfortable with the technique.

The more you practice the 4-7-8 technique, the better it will come out, and the more tools your body and mind will have for managing stress and anxiety, Dasgupta said. Some people combine this method with other relaxation practices such as progressive muscle relaxation, yoga, mindfulness or meditation.

Uncontrolled stress can manifest early as sleep difficulties, Robbins said. “But when we can manage our stress throughout the day (and) implement some of these breathing techniques, we can put ourselves in the driver’s seat instead of being victims of the events that happen in our lives.”