How Your Breathing Patterns Affect Your Brain

Posted by: admin Categories: ANXIETY MANAGEMENT
Comments Off on How Your Breathing Patterns Affect Your Brain 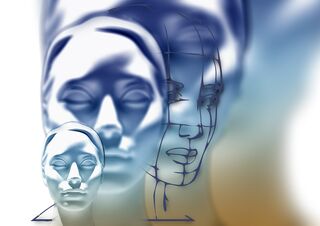 We breathe to sustain life but, aside from its most essential role, breathing supports the health of your body and mind in many other ways. More specifically, your breathing rate and patterns help regulate various body systems. For instance, adjusting your breath can help stabilize your respiratory system, blood flow, heart rate, and autonomic nervous system, which helps manage blood pressure, digestion, sexual arousal, and other body functions. In recent years, scientific studies have have also begun to focus on the effects of breathing and breathing patterns on mental health and cognitive abilities. Researchers are especially looking at the effects of slow breathing, or reducing your respiratory rate, on both the body and the brain.

Respiratory rates in humans are generally within the range of 10-20 breaths per minute. Slow breathing brings the range down to four to 10 breaths per minute. Several forms of slowed and controlled breathing, such as nasal breathing, abdominal breathing, and vocalized or chanting breathing, have been used for centuries in yoga and meditation practices around the world. Until the past few decades, however, the mechanism and effects of breath control and different types of breathing have been mostly ignored by scientific researchers and medical practices.

Deep, slow breathing has a direct effect on brain activity via the vagus nerve, which follows a path from the brain to the abdomen and activates a relaxation response that calms you down. This is why you can use your breath to remain or regain a feeling of calm, slow your heartbeat, and stabilize your blood pressure when you are feeling anxiety, anger or stress in a difficult situation. The plasticity of your brain allows it to change and remold as you continue practicing deep, slow breathing exercises. With a regular breathing practice, you can train your mind to better handle stress and avoid its worst effects on your mind and body.

For now, scientists have established a connection and what may be a reciprocal relationship between respiration rhythms and emotional, behavioral, and cognitive functions. Just as the brain sets the rate and rhythm of your breathing, your breathing evidently influences many activities in the brain, such as those that affect emotions and cognition. For instance, if you find yourself taking a deep nasal breath before or during a mental task that involves remembering, problem solving, reasoning, or decision making, that breath may help your mind work better.

While there is still a great need for more research into the physical and mental effects of controlled breathing, there are already many documented benefits to the cardiovascular, respiratory, autonomic, endocrine and brain structure of healthy people and of those with health issues, such as asthma and physical or mental stress. For example, breathing exercises have been found to improve lung function and quality of life in people with asthma. And just one session of controlled deep and slow breathing has been shown to reduce stress and anxiety in both young and older adults.