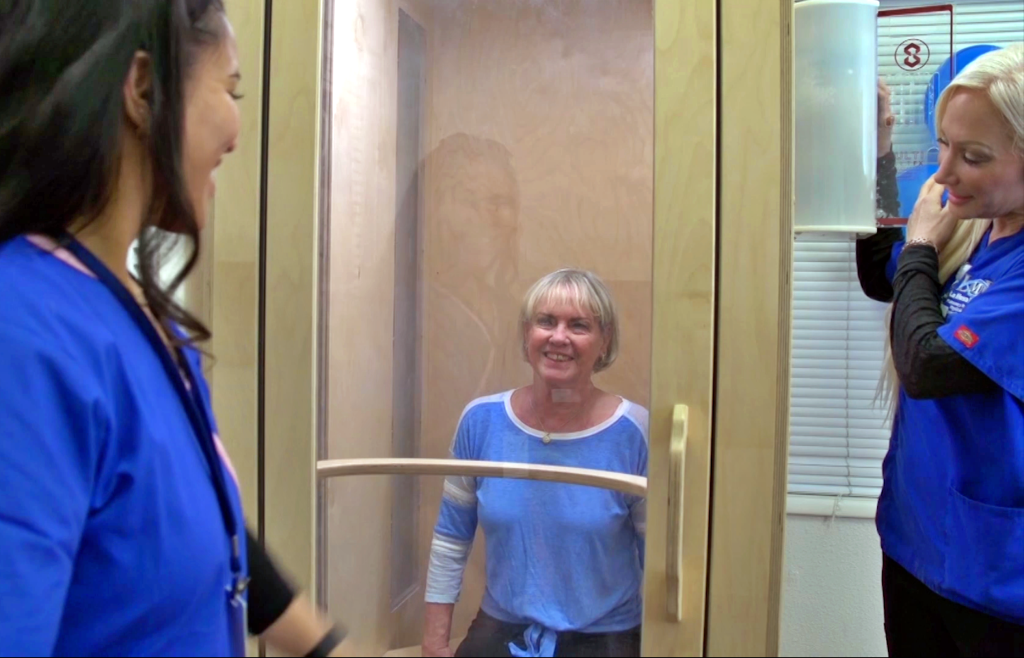 Not until now has salt therapy been used successfully in pulmonary rehabilitation to treat diseases such as Chronic Obstructive Pulmonary Disease (COPD) and Long COVID-19. This new treatment is now being offered at La Mesa Rehab. It is reportedly already on its way to having a huge impact on patients with breathing problems.

COPD is a type of progressive lung disease characterized by long-term respiratory symptoms and airflow limitation. Long COVID-19 is the relatively new long duration, multi-symptom disease that has evolved since the COVID pandemic began. These diseases, and others such as cystic fibrosis, have debilitating symptoms that include congestion and mucus secretions.

Pulmonary rehabilitation, a unique blend of respiratory therapy and physical therapy, has been considered the highest level of care for these kind of lung conditions. It is “more effective than pharmaceutical interventions,” according to the American Medical Association. It also does not carry with it the possible side effects and dangers that prescriptions can.

As effective as pulmonary rehab is, Tami Peavy, MBA, TPD, and founder of La Mesa Rehab, chose to take it even one step further.

She was aware of the many existing medical uses of saline solution (consisting of sodium chloride and water,) including the clearing of sinuses, cleansing of wounds, and treatment of dehydration. It’s a versatile and natural substance. Peavy, a clinician, came up with a novel methodology that used inhaled dry salt, as opposed to aerosolized salt (which may be less effective) to clear lung mucus. The lofty goal, which she achieved, was to enhance the benefits of pulmonary rehabilitation, and minimize patients’ reliance on prescriptions.

What is salt therapy? Simply stated, it involves the inhalation by patients of dry salt in the form of a mist.

Saline solution is placed in a nebulizer, a device that facilitates the inhalation of the mist into the lungs. Compressed oxygen or ultrasonic power breaks up the medicinal liquid into small aerosol droplets that are inhaled from a mouthpiece. Corticosteroids or bronchodilators can be added to the nebulizer to extend the effectiveness. This procedure is administered within a specially designed salt chamber.

The process, also called halotherapy, is quite remarkable, especially considering that it is derived from a naturally-occurring substance. Dry salt particles are known to shrink and liquify lung mucus plugs that obstruct airways and aggravate breathing issues. The particles accelerate mucus transport and allow for enhanced cough efficiency. Coughs are more “productive,” the lungs are relived of mucus, and the respiratory system recovers. Previously, patients would have had to undergo bronchoscopies to remove such mucus plugs.

Inhaled dry salt also has antibacterial properties that dissolve pollutants lodged in the respiratory tract. These are then either coughed up or naturally expelled by the body. A cleaner respiratory system enables increases oxygen intake and energy, and improves the immune system.

Additionally, the particles may help to reduce inflammation in the respiratory tract and widen airway passages. Treatments have already broken the cycle of repeat hospitalizations for those with breathing difficulties. And there are no adverse side effectives, such as increased blood pressure that typically accompanies ingested salt.

This treatment’s protocol at La Mesa Rehab consists of only 10 minutes, three times a week, for a 12-week program. Patients are carefully evaluated before commencement, and closely monitored throughout by the highly-experienced staff of pulmonary and respiratory therapists there.