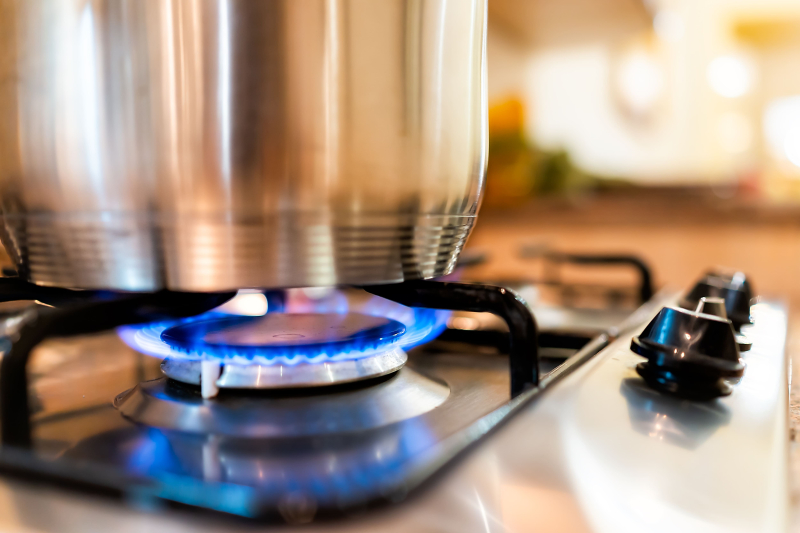 Two recent studies accuse gas cooking of being responsible for about 12% of childhood asthma cases in the United States and Europe: provisional results that are debated, especially since gas is encouraged especially in developing countries.

The first study, published in December in the International Journal of Environmental Research and Public Health, estimates that 12.7% of childhood asthma cases in the United States can be attributed to cooking gas, even as the developing countries are encouraged to use this energy as an alternative to coal and wood with established harmfulness.

“Using a gas stove is almost as if a smoker lived in your house,” lead author Talor Gruenwald told AFP.

This Rocky Mountain Institute (RMI) study is based on a meta-analysis of 41 previous studies, combined with US census data, and echoes 2018 Australian research, which attributed 12.3% of childhood asthma to these cookers.

Coincidentally, similar results in Europe were unveiled on Monday by the associations Clasp, Respire and the European Alliance for Public Health.

By conducting laboratory tests and computer simulations, the Netherlands Organization for Applied Scientific Research (TNO) estimates that 12% of childhood asthma cases in the European Union are also linked to this method of cooking.

This report, commissioned by NGOs and not published in a peer-reviewed scientific journal, concludes that levels of nitrogen dioxide (NO2) exceed 5 days out of 7 the maximum limits set by the World Health Organization (WHO), i.e. 25 micrograms/cubic meter outdoors. And this in most cases (cooking modes and duration, ventilation, type of housing, etc.).

High concentrations of NO2 in homes can lead to various respiratory diseases, including asthma, according to the WHO.

The Clasp association is carrying out an experiment in 280 European kitchens, including 40 in France, in the hope to confirm these results. But for Tony Renucci, executive director of Respire, these figures are already “a shock”. , this question has been the subject of heated debate for several weeks.

Some, like the US gas lobby AGA, brushed off the results, calling them “pure mathematical exercise in promoting a cause, with nothing scientifically new”.

But for Rob Jackson of Stanford University, author of research on methane pollution from gas stoves (even when turned off, via leaks), they corroborate “dozens of other studies concluding that breathing indoor gas pollution can trigger asthma”.

Daniel Pope, professor of public health at the University of Liverpool (United Kingdom) says he is extremely cautious. The link between asthma and pollution from gas stoves has not yet been definitively proven and further research is needed, he believes.

He himself conducting an ongoing study on health effects of different fuels, he finds that cooking with gas has “negligible effects compared to electricity for all aspects of health – including asthma”.

For this professor, these publications should not destroy the efforts to encourage populations to abandon cooking with wood and coal, which would be the cause of 3.2 million deaths per year due to domestic air pollution, mainly in developing countries.

A point on which converges Brady Seals, director of the Rocky Mountain Institute. “Gas is certainly better” than these other cooking methods, “but it is not healthy” for all that.

The question is taken very seriously by the American authorities: on Monday, the boss of the Consumer safety authority Richard Trumka Jr said a review of new gas cookers was underway.

“All options are on the table. Products whose safety is not guaranteed may be banned,” he told Bloomberg, while assuring on Twitter that he is “not here either to come and remove gas stoves from every American home.” .

Rob Wilson has been a reporter on the news desk since 2013. Before that she wrote about young adolescence and family dynamics for Styles and was the legal affairs correspondent for the Metro desk. Before joining The Gal Times, Rob wilson worked as a staff writer at the Village Voice and a freelancer for Newsday, The Wall Street Journal, GQ and Mirabella. To get in touch, contact me through my [email protected] 1-800-268-7128