A busy mum has revealed how she started her own activewear business so no child would have to suffer from mental health on their own again.

Sydney's Carlie Victor remembers sitting in an exam at 16 with a tightening chest, trouble breathing and a panicked mind.

But when the 35-year-old was in high school she and her friends never had conversations around mental health - it was still taboo. 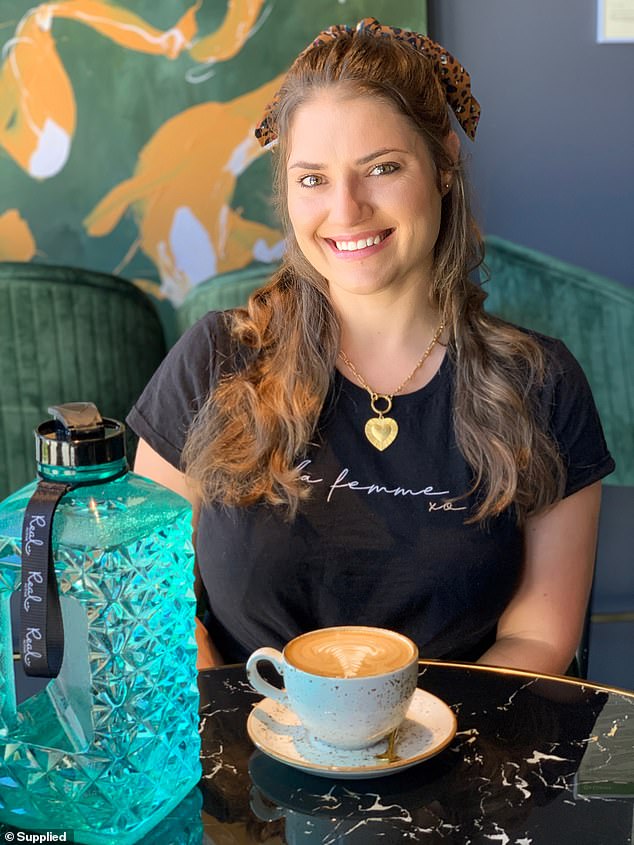 Sydney's Carlie Victor remembers sitting in an exam at 16 with a tightening chest, trouble breathing and a panicked mind 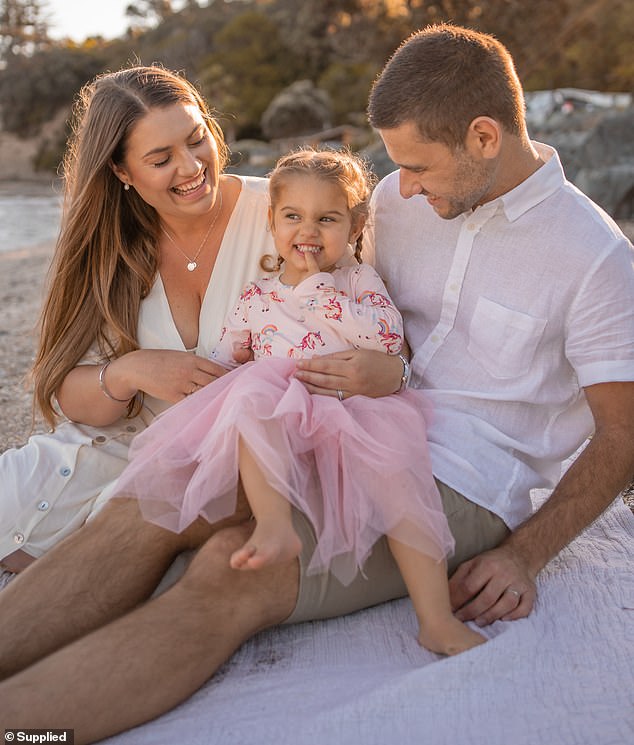 Carlie, pictured here with her daughter Mila and husband Dimitri said she doesn't want other young people to have to face mental health alone

So she dealt with her varying levels of depression and anxiety - which included terrifying panic attacks on her own.

Speaking with FEMAIL Carlie revealed how she threw in her successful marketing career to start Real Active - a sportswear and accessory brand which proudly fundraisers for youth mental health charities.

'Everything I do links back to mental health,' she said.

'We are on track for our first million-dollar year which is exciting because it means we are able to help more people.'

The company donates ten percent of its profit to youth mental health charities - and puts on additional fundraisers throughout the year to help the charities thrive. 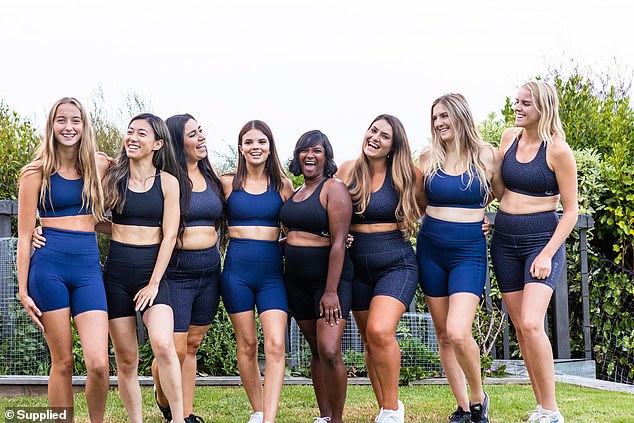 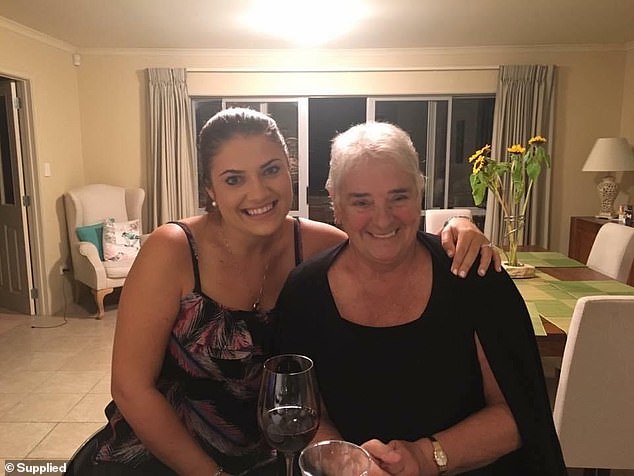 'We have come a long way, people are now talking about mental health. When I was going through it I had no idea I wasn't alone,' she said.

Despite having an entrepreneurial mind and notepad full of ideas Carlie struggled to take the plunge into starting her own business.

Then when she was 30 her grandmother died.

'My mum had me at 17 so we lived with my nanna, she was a second mum to me and suddenly she was gone,' Carlie said.

'It made me re-evaluate my life and I decided I couldn't work on a company as a side hustle.'

'I was in a bad space mentally and it reminded me how short life really is.'

Real Active was one of the many ideas in her notebook - and an obvious winner.

'Exercise is such a big part of mental health for me. When I walk I feel better. When I am really stressed I go for a 20 minute run and feel better,' she said. 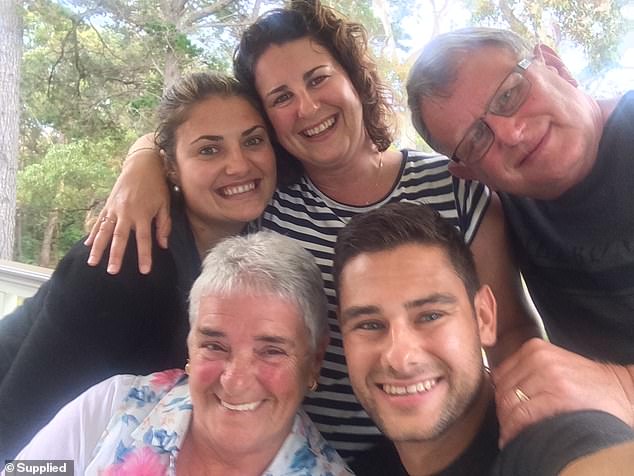 So she poured her entire savings, $30,000, into starting the business which began by selling towels and water bottles.

'I learned a lot along the way. I didn't realise how important it was to have clauses in your contract about quality control, so we had a bad batch in the beginning,' she laughed.

'There were a few stuff ups along the way.'

But Real Active continued to grow from strength to strength and by nine months in Carlie was able to leave marketing all together.

'We were packing orders from my house - now we have a warehouse,' she said proudly.

She now has nine staff and 35 brand ambassadors and has just developed a range of activewear. 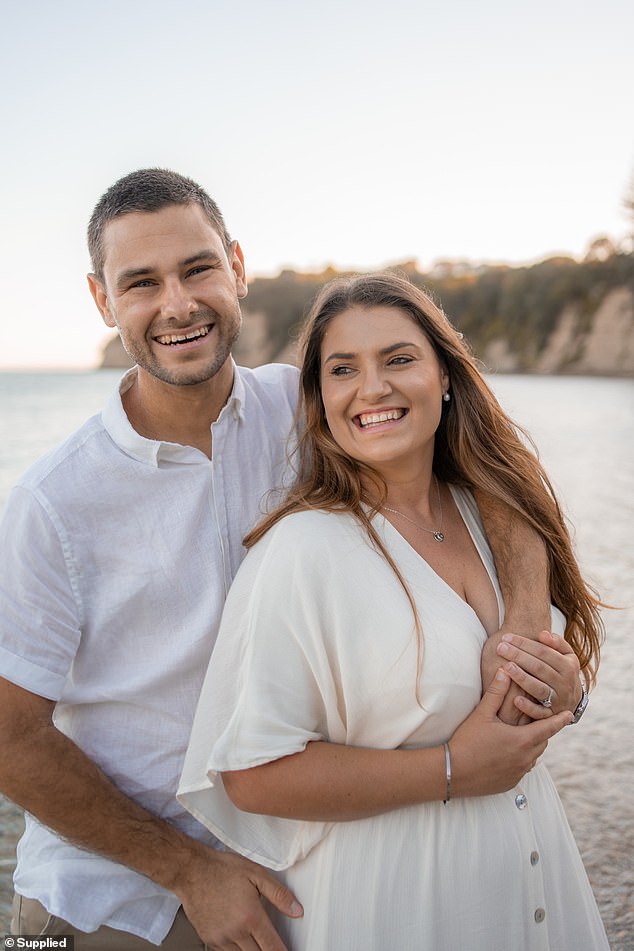 Carlie never opened up about her anxiety, depression or panic attack with friends while she was at school

'That was always in my five-year plan and we are year five now - so it has been a long time coming. It was a huge process and the line took about a year to get right,' she said.

Being a curvy size 12 to 14 Carlie knew she couldn't just 'get standard items and size them up' like many other activewear brands do.

'Each size is specifically measured and tested so it is the right fit,' she said.

From bras which 'look good' and offer support to tights comfortable enough to lounge in and built well enough to support the core.

'People are coming back to buy more of the range which is a good sign we got it right,' she said. 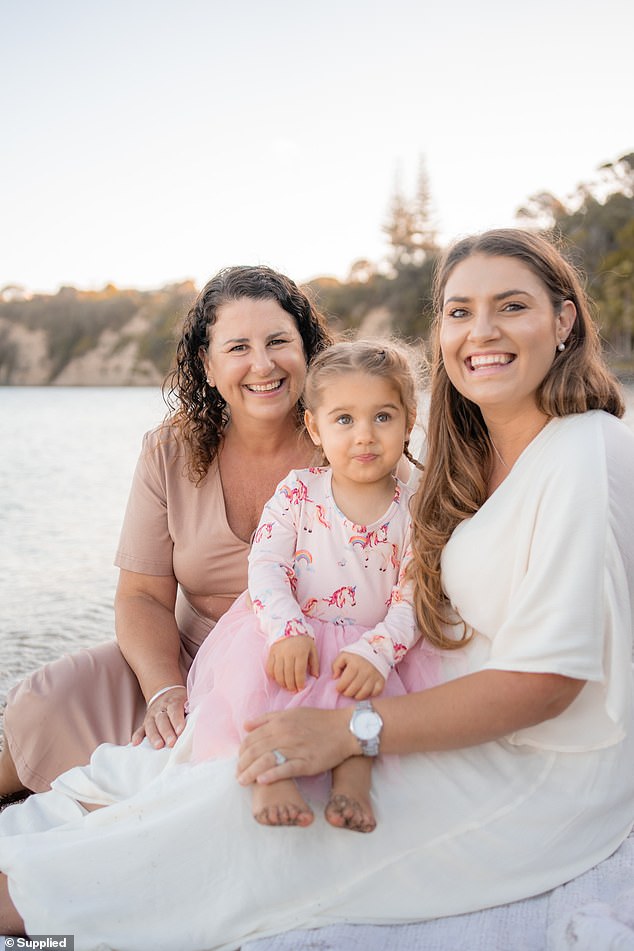 'Women like me are sick of not being able to find the right fit - I eliminated that stress. And everyone has been thrilled - from our smallest customers to our biggest.'

Carlie said she wasn't 'open' with friends about her mental health struggles until she was 25.

'It has impacted almost everyone in my life.'

She was worried when she went out on her own that running a business could impact her mental health negatively. 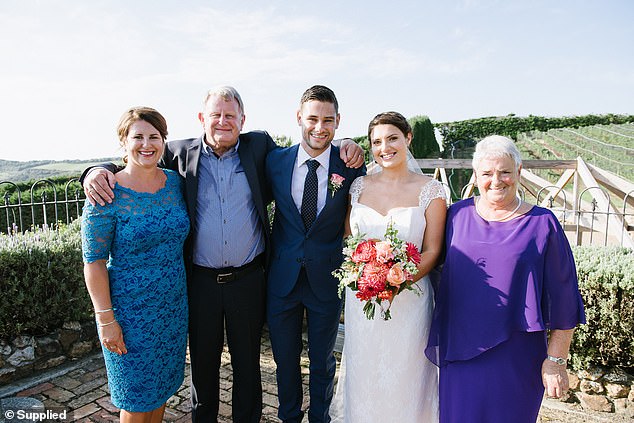 But instead she has found she is thriving.

'I loved my job before, but I was working 60 hour weeks and I found I was really triggered by that,' she said.

Since starting her business Carlie has also become a mum and says she has the flexibility to watch her daughter, who is three, grow.

'Friday is my day with her, we have so much fun, I work hard when I am on the job and when I'm not I get to enjoy my experience with her,' she said.

Since finding a likeminded community and tools to improve her mental health Carlie has been thriving.

She wants to make sure children suffering from anxiety and depression, like she did, don't have to wait so long to work everything out.

One of her charity partners, Batyr, focus on youth when speaking about mental health.

Their ambassadors visit schools and help students process their own feelings through shared lived experience. 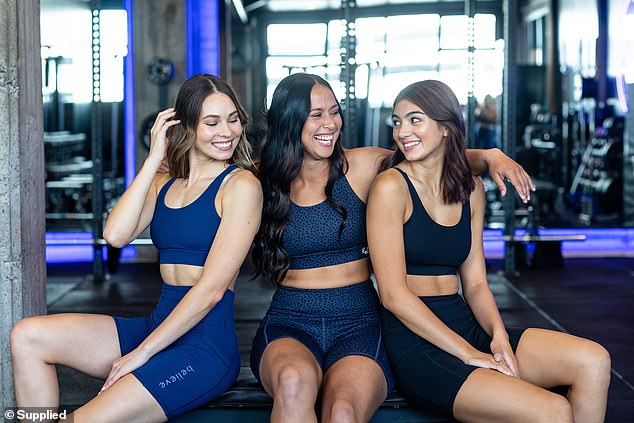 'If I had someone coming into my classroom talking about their experiences then I think things would have been different.

'It would have helped me a lot.'

The second charity is the Yoga Foundation - which share Carlie's love of movement for improved mental health.

'They didn't have a youth-focus when I first spoke with them but we have worked together to change that,' she said.

Which charities does Carlie's business support?

Did you know in an Australian classroom of 30 students, seven will be dealing with a significant mental health issue and only two of them will seek help? batyr aims to engage, educate and empower young people to have positive conversations about mental health.

They offer a range of programs that 'give a voice to the elephant in the room.' From training young people to share their lived experience of mental ill health, to running dynamic programs in schools and universities, batyr aims to #smashthestigma surrounding mental health and encourage young people to reach out for help when they need it.

'We have raised over $10,000 for batyr so far, giving 413 young people the opportunity to experience a program at their school or university.'

The Yoga Foundation delivers yoga based wellness programs to disadvantaged people with no access to yoga. They teach yoga, mindfulness and meditation to a diverse range of people and run programs in mental health wards in hospitals and prisons along with running specific programs for the homeless, youth, refugees and women affected by domestic violence.

With the support of Real Active, the foundation launched a new 'Combat Stress' yoga course for disadvantaged teenagers experiencing mental health challenges via Youth Off the Streets. Youth Off the Streets have said that the program has been invaluable, and after being quite reluctant to partake at the start, it’s now something the kids look forward to each week and are using the tools learnt to manage difficult situations in their lives.

'We have raised over $10,000 for the Yoga Foundation so far, which have funded 8 x 8 week 'Combat Stress' programs and helped fund a 3 day retreat for teenage girls, designed to develop self agency, teach self regulation and calm the nervous system.'