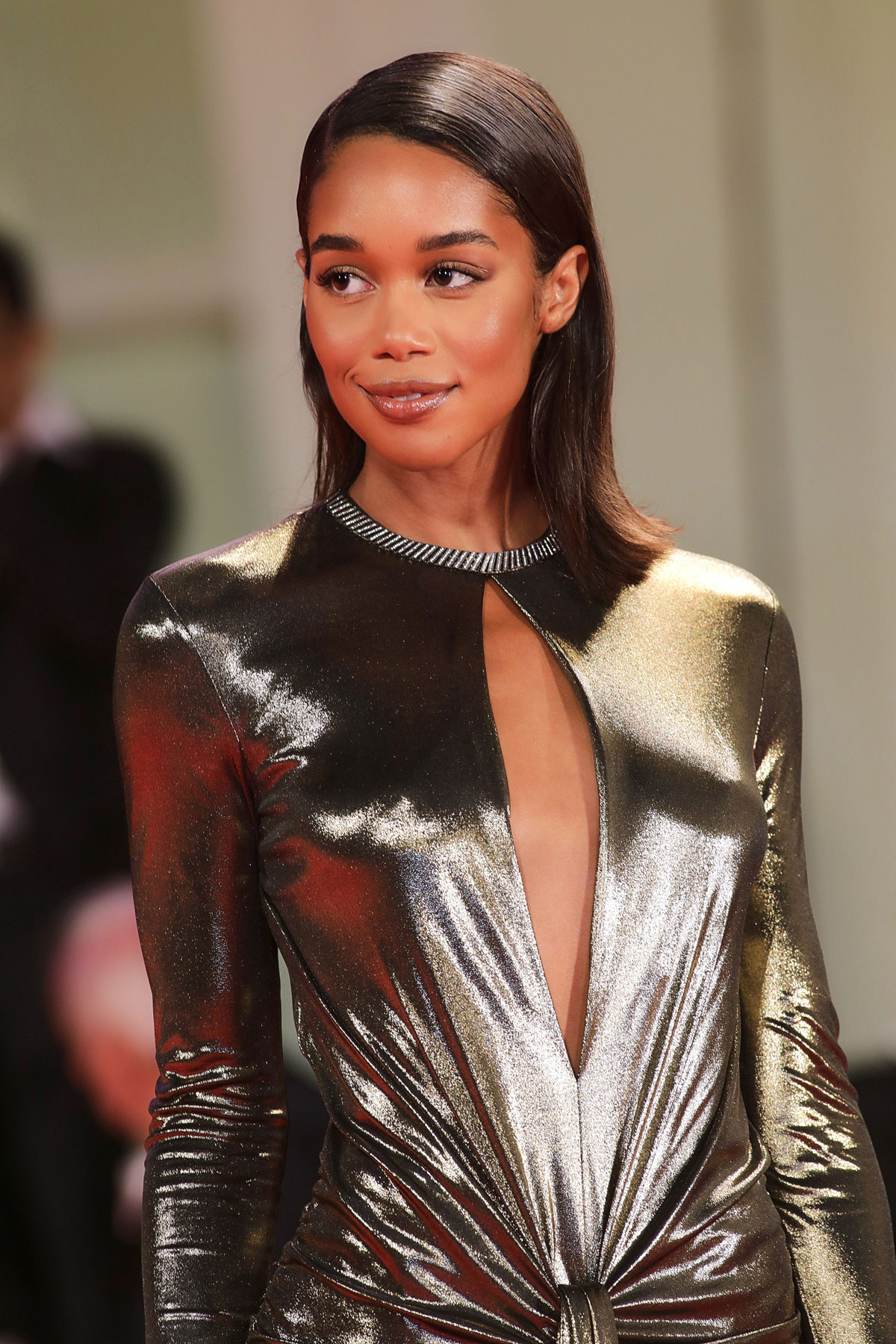 When I wrote about Laura Harrier yesterday, it was only about her engagement news, so this full interview with Cosmo filled in a lot of the blanks about her and some about her fiancé (he’s French and they met in 2019) as well. In addition to being beautiful (the photos are great, I can see why she modeled), Laura seems smart and thoughtful and passionate about her beliefs. She and the interviewer talk about home decor, her engagement, acting, mental health, and politics. The interview is worth a read in its entirety, but some highlights that stuck out to me below:

On being aware, but disconnecting when necessary: It’s so important to know what’s happening in the world and to be active and to use your voice for the greater good and for causes that you believe in. But sometimes doing that can really take a toll. Sometimes I have to not read the news, not check my New York Times app, turn off Instagram because these are really tough times that we’re living in. And it’s easy to get so caught up in the collective anxiety of the world that you can forget that you also need to protect yourself and protect your own wellness. I don’t think that you can make a change and help other people if you’re not taking care of yourself.

On “self-care” strategies: I can’t say that I’m the best with my track record of doing it every day, but I try to at least do some deep breathing. I noticed I literally forget to breathe, which sounds wild, but sometimes I’m like, “Wait, I haven’t taken a real breath all day,” and just taking 30 seconds to sit and do deep belly breathing is a game changer. Also, I think it’s so common to talk only about self-care as meditation, yoga, and working out, which are all important, but sometimes self-care is having a glass of wine with your best friend and laughing and watching shitty reality TV. Watching The Bachelor and drinking wine with my girls is awesome. Sometimes that’s the self-care that you need.

On colorism and being confused with Zendaya: Some of the most successful actresses of color tend to be on the lighter side and that’s definitely not okay. There are so many facets to the Black experience. There are so many ways that Black people look, and only having one narrow view is something that I think is ultimately putting everybody at a disadvantage—we’re only shortchanging ourselves when we don’t show a diverse range of stories and a diverse range of people onscreen. I do think it’s something that’s slowly starting to change, but even when we were doing Spider-Man, I would get called “Zendaya” all the time. People wouldn’t even take the time to differentiate us.

What Laura said about sometimes disconnecting from the news and social media to take care of yourself really resonated with me. It’s been said before, but the way she phrased it made me feel less guilty about changing my engagement with the news these past two years. Like, I turned off news alerts during covid and don’t follow certain things as minutely as I once did because it was draining. But then I felt guilty about still being aware, but less engaged, and what she says makes me feel better about that. I also whole-heartedly agree with what she says about “self-care” strategies (though I inexplicably hate the term “self-care” and “it’s giving,” which was was also in this interview) except for the “sh-itty” qualifier in front of reality TV. I am a reality TV defender! Sometimes having wine and consuming distracting, light-hearted entertainment can make a world of difference when things are tough in your own life/the world. And I included the part about colorism because I think it’s important that Laura acknowledged it, being that she likely benefited from it. The narrow view does put everyone at a disadvantage and representation matters. And it’s not surprising that she’s been confused with Zendaya — that’s happened to all of us. It kind of sounds like it happened on set or in a professional capacity too, which makes it even worse (but again, that’s happened to all of us). 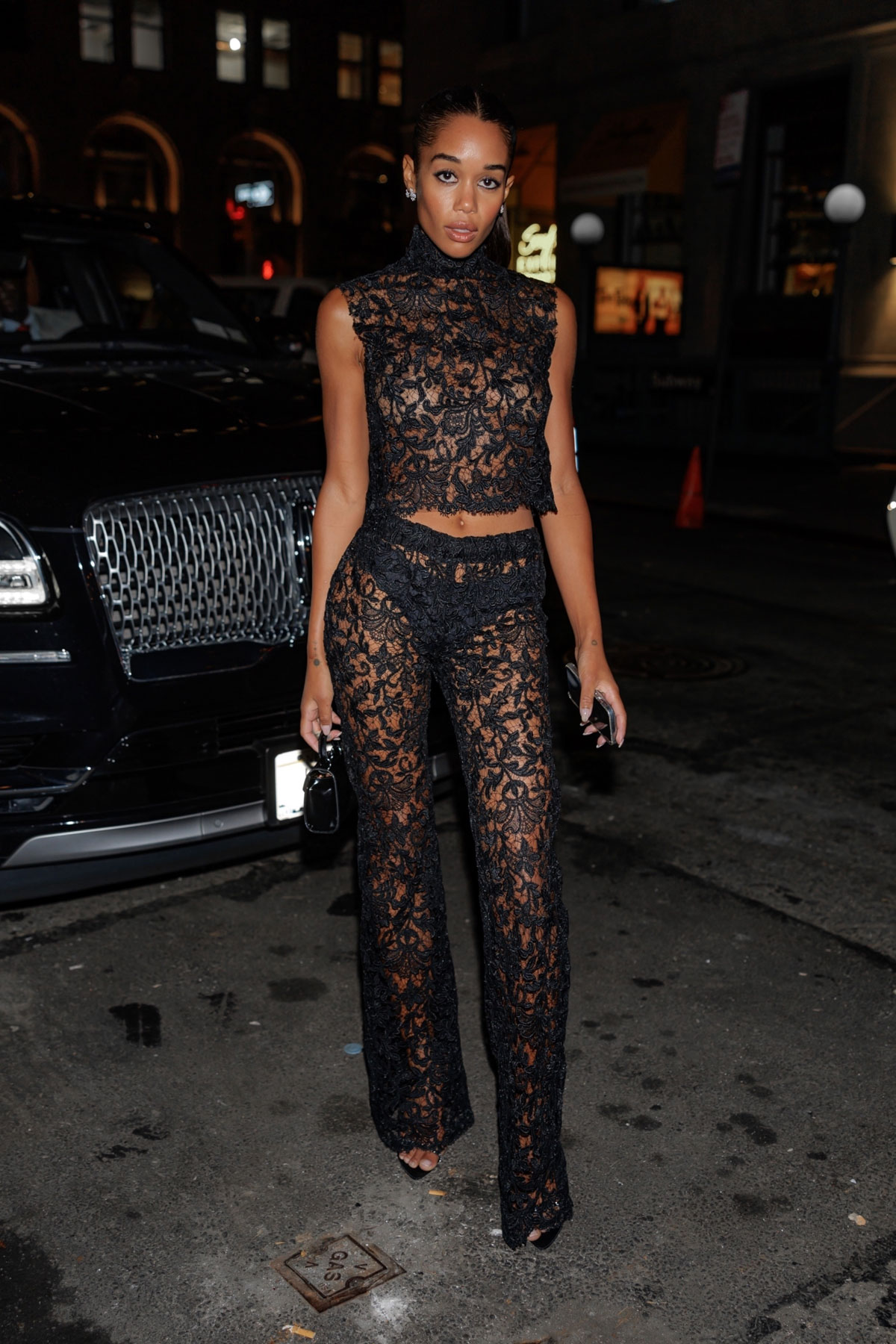 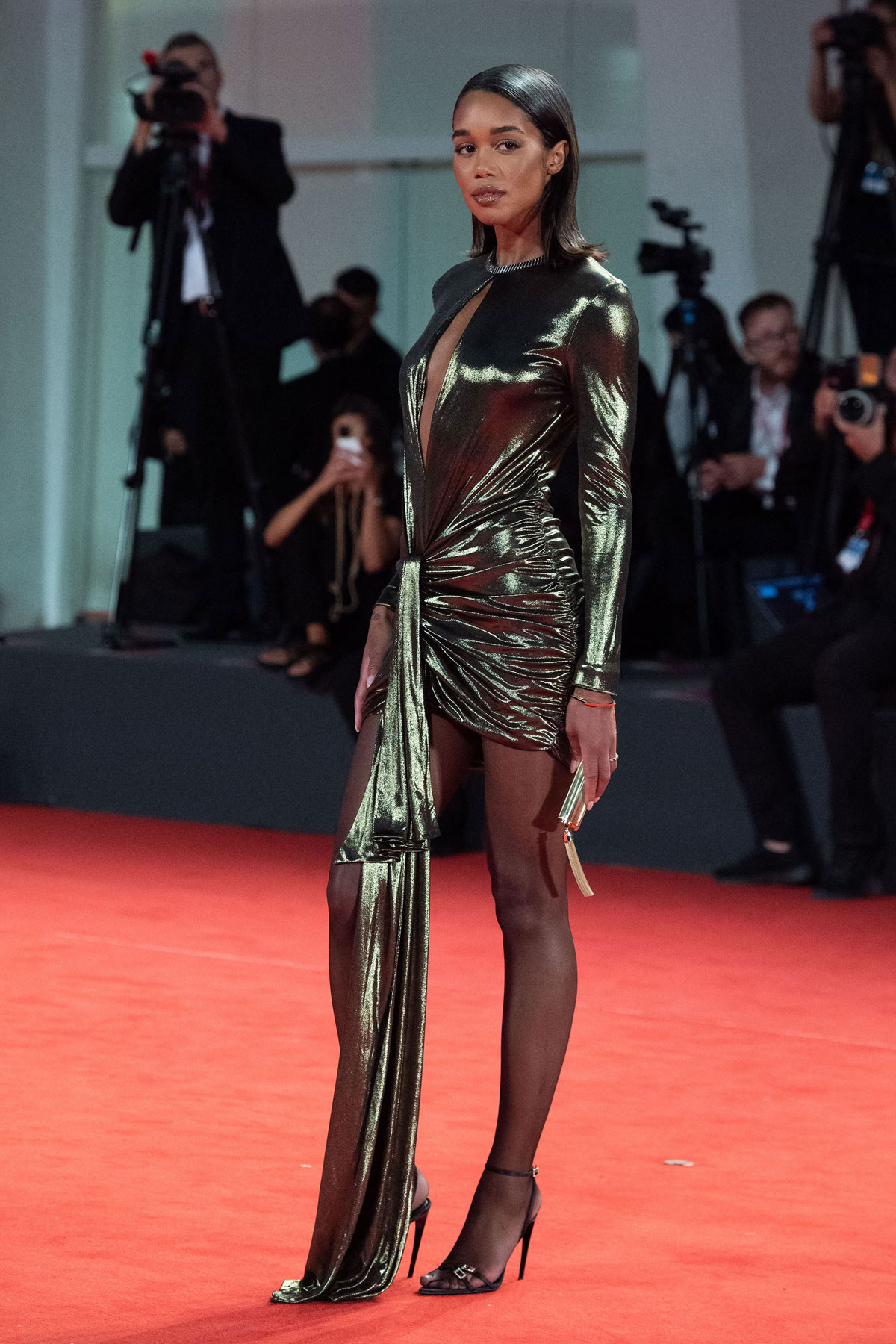