Posted by: admin Categories: PULMONARY DISEASES
Comments Off on What happened to Gary Fowler? Oprah Winfrey’s documentary The Color of Care set to explore tragic death

Oprah Winfrey is all set to raise awareness of medical racial injustice in the US by exploring the tragic death of Gary Fowler in The Color of Care.

Her upcoming documentary for the Smithsonian Channel, The Color of Care, will explore the disturbing racial disparities faced by people of color in healthcare along with the loss they had to deal with during the pandemic.

Here's everything viewers need to know about Gary Fowler and Oprah's The Color of Care before it premieres.

Who was Gary Fowler?

We miss you guys more then anyone can understand.

We miss you guys more then anyone can understand. t.co/I7DJGgPmKq

Gary Fowler was a 56-year old man from Detroit. He made the news after his tragic death in 2020 due to COVID-19. He went to three Detroit emergency rooms looking for care but was turned away. His father, David Fowler, too had COVID-19 and was in the hospital on a ventilator.

Gary had a fever and was feeling ill as well, due to which he wanted to get a coronavirus test done and needed help with his breathing. However, all the hospitals refused to help him.

His son, Keith Gambrell, explained to the USA Today Network:

"At the first hospital, he told them, 'My father has the coronavirus. I would like to get a test because I am showing symptoms. I am coughing.' He had a fever of 101. He had shortness of breath. He was showing all the signs. They tell him, 'Sir, more than likely the fever is from bronchitis.' And they tell him to go home. But they also give my dad a piece of paper saying to act like you have the virus."

Sadly, Gary was not tested for COVID-19 so he continued to seek medical care, visiting emergency rooms with a 100.7 degree fever and shortness of breath. He was then told that he would get better care at a facility three miles away, so they drove there. Gary then complained,

"My chest hurts. I can't breathe. I have a fever that has not broke. I've been taking Tylenol, I've been drinking stuff and it is not breaking. I think I have the virus because my father tested positive for it and I saw him ... the day he went to the hospital."

But they told him the same thing, that he was fine and just had bronchitis, for which he just had to go home and drink water. He followed the instructions and went home. He had trouble breathing so he slept upright in a blue recliner by his bed. Gary Fowler passed away on April 7, 2020.

About the USA Today article

USA Today ran the story on April 22, 2022, depicting the tragic death of Gary Fowler and the racial inequality faced by him during a global pandemic. This caught Oprah Winfrey's eye and she could not get it out of her mind.

"I ... sent the story to everybody I knew, digitally. I sent it to one of my producers who's worked with me for years for the Oprah show. And I said, 'Gee, you know, I wish there were something we could do about this story.' ... Then, when I was talking to my team about documentaries and what kind of work we wanted to do and I said, 'I can't get the story of Gary Fowler out of my head.' There have to be more Gary Fowlers,' and that's how it happened."

More about The Color of Care 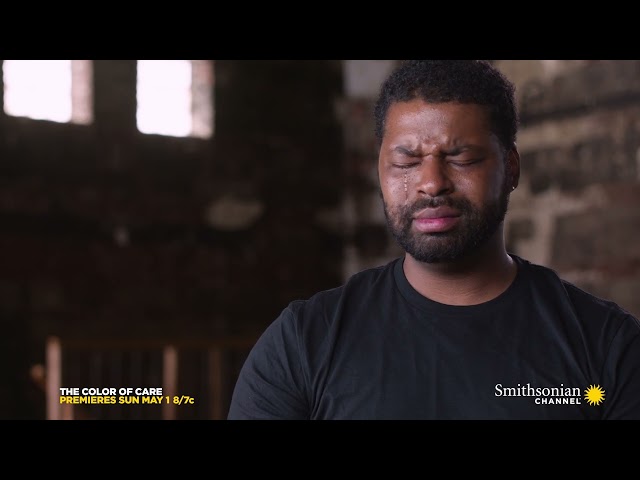 Oprah Winfrey's upcoming documentary, The Color of Care, talks about the racial disparities in healthcare and the families who lost their loved ones to the virus.

"It's a moment to ignite a cultural conversation around this public health crisis, and ... to move the conversation forward because there's so many people who aren't even aware that this is what is happening."

Wednesday night, @nicole_carroll met up with Keith Gambrell, the man in that photograph, and asked him what change he wanted to see. It's been two years since he lost his father and grandfather. "I hope that with this film, doctors and nurses will treat people like human beings."

Wednesday night, @nicole_carroll met up with Keith Gambrell, the man in that photograph, and asked him what change he wanted to see. It's been two years since he lost his father and grandfather. "I hope that with this film, doctors and nurses will treat people like human beings." t.co/EtsreQstX2

Keith Gambrell wore two teddy bear necklaces around his neck, one containing the ashes of his father and the other of his grandfather. According to Oprah, the tragic story humanized how the pandemic had disproportionally sickened and killed people of color, clearly showing racial bias in the health care system.

Catch The Color of Care on the Smithsonian Channel on May 1 at 8.00 PM ET.