Posted by: admin Categories: PULMONARY DISEASES
Comments Off on Intensity of Emphysema Is Linked to an Increased Risk of Lung Cancer

As per recent research published in the international Radiology, CT-detected emphysema is associated with an increased risk of lung cancer, with the risk increasing with the severity of the emphysema.

Lung cancer is the leading cause of cancer-related death globally, accounting for more than one million fatalities each year since 2000. Lung cancer risk, on the other hand, is maybe powered by identifying treatable risk factors such as chronic lung inflammation, as well as smoking, genetics, food, and environmental exposures.

Lung cancer severity due to emphysema 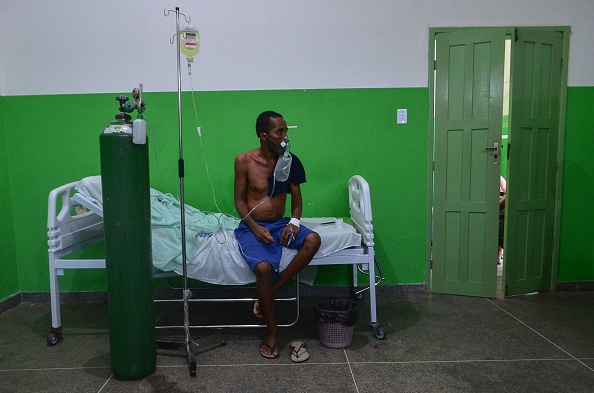 
Emphysema is a severe lung condition that causes damage to the alveoli, which are the small air sacs inside the lungs.

Shortness of breath, mucous coughing, wheezing, and chest tightness are all symptoms. There is no cure, but there are several therapies available to assist control symptoms.

Emphysema and lung cancer, the main cause of cancer-related deaths globally, have several risk factors.

Cigarette smoking is a major risk factor for both emphysema and lung cancer, as it causes inflammation, DNA damage, and premature aging.

According to research co-author Marleen Vonder, Ph.D., of the Department of Epidemiology at University Medical Center Groningen in Groningen, the Netherlands, patients with emphysema who may have never smoked have an elevated risk of lung cancer.

Dr. Vonder and colleagues gathered publications on the link between emphysema and lung cancer from three big databases for the current study.

A review of 21 studies involving over 107,000 individuals discovered a link between visual and quantitative, or quantifiable, CT evaluations of emphysema and lung cancer.

"Our meta-analysis found that not just visually judged but also quantitatively assessed emphysema on CT is related with lung cancer and that this risk rises with severity," Dr. Vonder explained.

While the data show a relationship between the two fatal illnesses, Dr. Vonder believes that further study is needed before any modifications to clinical care are made.

Signs and risk factors of emphysema

It is possible to develop emphysema for so many years without detecting any indications or symptoms. Shortness of breath is the most common sign of emphysema, and it generally develops gradually.

You may begin to avoid activities that make you short of breath so that the symptom does not become an issue until it interferes with everyday chores.

Emphysema eventually causes shortness of breath even when you are not moving.

Consult your doctor if you've been experiencing inexplicable difficulty breathing for several months, particularly if it's worsening or interfering with your normal activities.

Don't dismiss it by telling yourself that it's because you're becoming older or out of shape.

The following factors enhance your chances of acquiring emphysema:

Smoking- Cigarette smokers are more likely to develop emphysema, although cigar and pipe users are equally at risk.

The risk increases as the number of years and quantity of tobacco smoked for all types of smokers.

Age- Although the lung damage caused by emphysema develops gradually, most persons with tobacco-related emphysema report symptoms between the ages of 40 and 60.

It is also known as passive or ambient tobacco smoke.

Being exposed to secondhand smoke raises your chance of developing emphysema.

Exposure to fumes or dust during work- You are more prone to get emphysema if you breathe fumes from certain chemicals or dust from grain, cotton, wood, or mining materials. This danger is heightened if you smoke.


© 2022 NatureWorldNews.com All rights reserved. Do not reproduce without permission.