HYDERABAD: While a majority of people would be deterred by stomach cancer, heart stroke and a surgery to remove kidney stones, 73-year-old Sardar Harihar Singh continues to live a life worth envy. Even at an elderly age, he runs 7.5 km daily on his toes and performs complex yoga exercises, which have in turn, helped him recover from various ailments and medical procedures. While India gears up to celebrate International Yoga Day, Singh is the living embodiment that the ancient discipline is capable of helping people through many disorders of the mind and body.

Singh began his career with Punjab Sindh Bank, but later joined the police force in 1974 as a Sub-Inspector. After serving in the erstwhile Medak district, he was transferred to Hyderabad, where he worked till his retirement as an Additional Superintent of Police (Vigilance & Enforcement) in 2007. In 2000, his morale was at an all-time low when he suffered a brain stroke and was bedridden for six months. He was battling suicidal thoughts, but “the resolve to not give up and use running and yoga to bring back my health kept me alive,” he tells Express.

After recovering from brain stroke-induced paralysis, he started gaining strength through light exercises. “I used to go to construction sites and worked on balancing my body on the sand heaps. There, I also started breathing exercises,” he adds. Just by running daily and practising yoga, he not only gained strong immunity, but got his eyesight cleared, which had been troubling him from 1980. 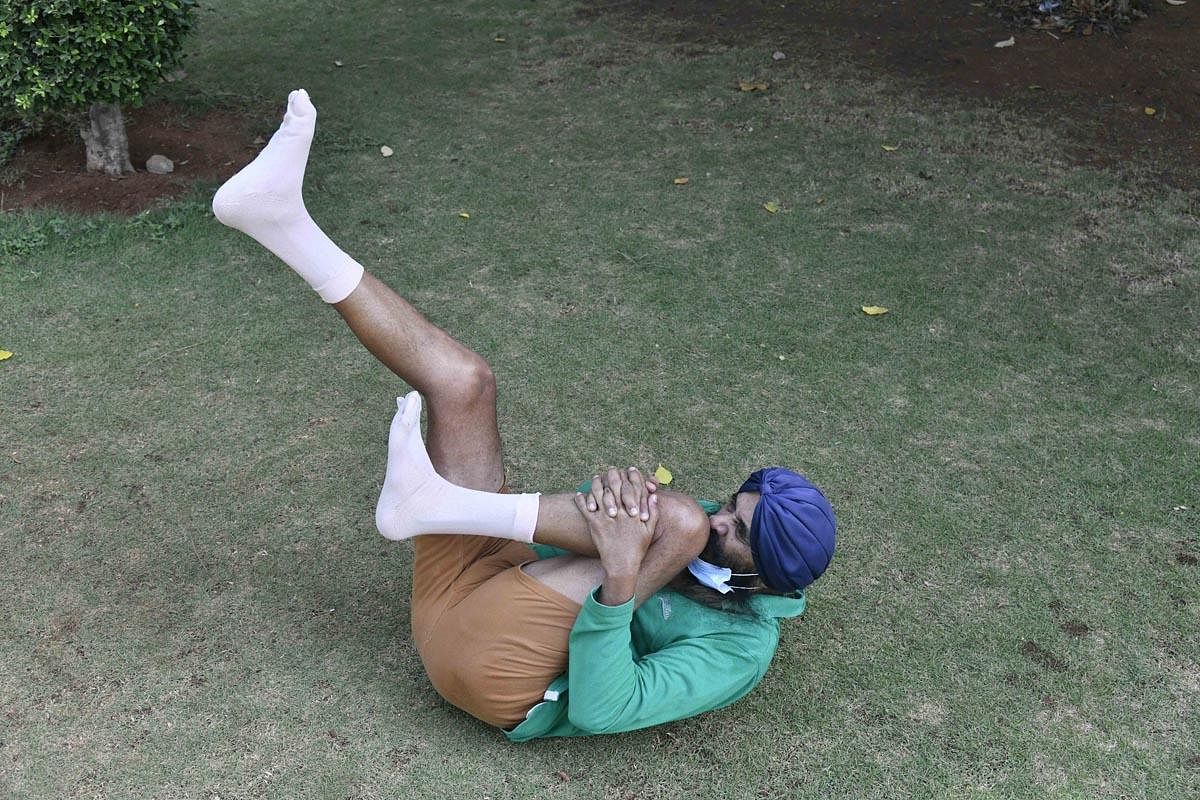 One after another
When he was near complete recovery, a tumour was detected in his stomach. In 2003, it was found to be cancer. He underwent a major surgery to remove the tumour, during which he also lost 80 per cent of his stomach. When he started recovering from this, he was found to be having kidney stones, for which he was back on the operating table in 2005.

However, as the number of ailments kept on coming, his resolve got stronger. He started mastering the pranayama asana to help get his body back to its prime. He ran a number of marathons and was crowned as the ambassador of ‘Airtel marathons’ in 2012 when he completed the circuit in 1 hour 38 minutes. Now he performs Pavanmukthasana, Mandukasana, Markatasana and Bhujangasana, simultaneously with Kapalbhati.

He also approached the High Court regarding the implementation of GO 610, through which employees in different government departments, who were recruited against the allotted quota, were repatriated based on their local status. While thousands of people died from Covid-19, Singh says the deadly virus didn’t affect him because of regular yoga and running. “Even during the lockdown, I continued running in our apartment and practised yoga,” he adds.