Cicinho says he has already been training drunk at Real Madrid: “Coffee to take the breath away and bath with perfume”

Posted by: admin Categories: SPORTS & ATHLETICS
Comments Off on Cicinho says he has already been training drunk at Real Madrid: “Coffee to take the breath away and bath with perfume” 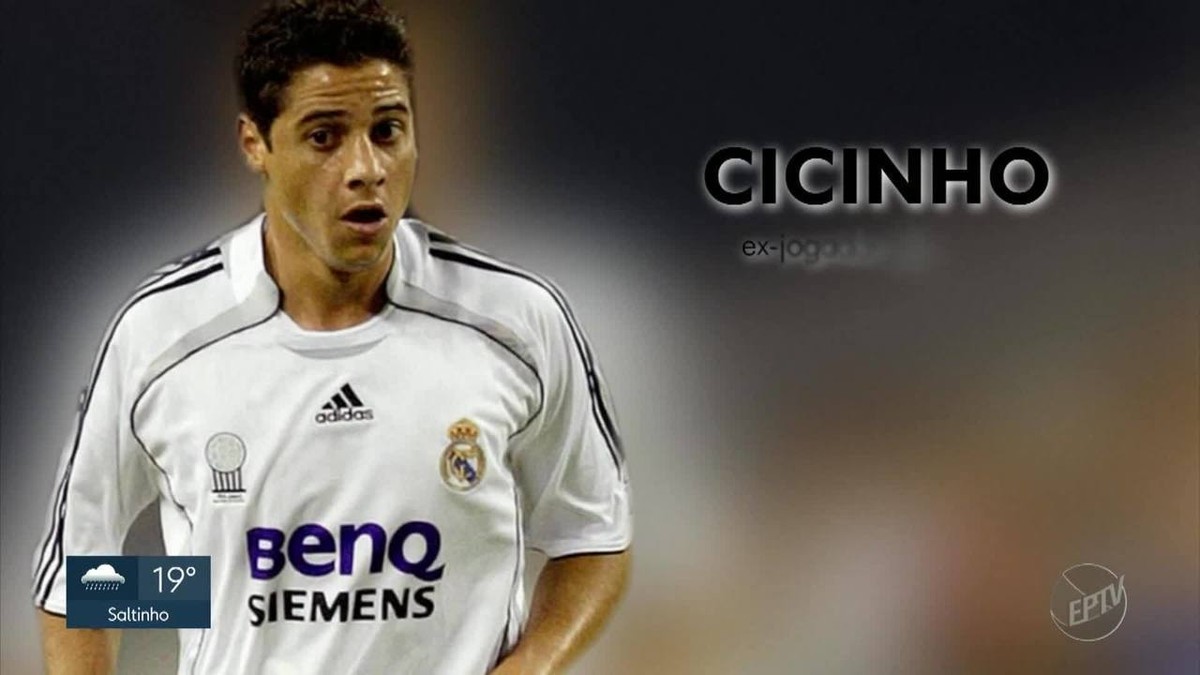 Since the age of 13, alcohol has been part of Cicinho’s routine. Today, at 41, he speaks openly about his relationship with drinking.

Cicinho’s story is portrayed in the sixth and final episode of series “Ressaca”, produced by EPTV, a TV Globo affiliateand which addresses the social and human body effects of alcoholism. Watch in the video above.

Without drinking for almost ten years, the former right-back, with a successful career at São Paulo, as well as a World Cup for the national team, says that he came to train drunk at Real Madrid, where he played between 2006 and 2007 alongside the “Galáticos” Ronaldo, Zidane, Beckham, Figo and Roberto Carlos.

– If you ask me if I’ve ever been to training drunk at Real: yes. And I drank coffee to remove the breath, bathed in perfume. Speaking of my profession, as a former professional football player, it was easy, I didn’t need money to get (drink). People were happy to give you in restaurants, everything.

Cicinho also remembers how his relationship with drinking began:

– At 13 years old, when I tasted alcohol for the first time, I never stopped. I lived in the countryside, in Pradópolis, close to Ribeirão Preto, and on weekends we gathered friends and used to go out in the squares, to the clubs. There was a bar close by, because he was a minor, he tried to hide it, asked whoever was older to buy it and kept drinking hidden from his parents, from the police.

Revealed by Botafogo-SP, in 1999, Cicinho passed through Atlético-MG before exploding in São Paulo, where he was champion of Libertadores and the World Cup in 2005. He went to Real Madrid afterwards and was in the group of the National Team in the World Cup from Germany in 2006.

But he went from top to bottom. When he suffered a second serious knee injury, tearing ligaments, he admits he gave in to addiction. At the time, he wore the Roma shirt.

– Started drinking after training. I did the physiotherapy work, came home around 2 pm, 2:30 pm and only stopped drinking at 4 am (in the morning). Every time I arrived in Rome drunk, the leaders saw it and that made me fall into disrepute.

Cicinho during an interview for EPTV — Photo: EPTV reproduction

The situation made the family seek justice with a request for interdiction:

– My father and sister took care of my assets, and they tried to file an application for intervention of my assets. I couldn’t manage what I had.

Looking back, Cicinho reflects on what he went through and tries to make up for lost time with those he loves.

– Alcohol puts you surrounded by people who like that lifestyle, and people who truly love you are excluded, because when they put you against the wall, saying that your life is not cool, you don’t want to listen.

– I have a 15-year-old son and I ask his forgiveness straight away. He was two years old, he didn’t even understand properly, but it stuck in my mind.

From the fall, learning. After two victories in Brasilia, the Brazilian team saw its evolution …