It turns out your favourite treat could be doing wonders for your heart.

We have 8 simple hacks to prevent high blood pressure, including laughingCredit: Getty

New research has discovered it lowers blood pressure thanks to flavanols – antioxidants found in cocoa which loosen veins and arteries.

Participants in the study from the University of Surrey who took cocoa supplements had lower blood pressure and stretchier blood vessels.

Health charity Blood Pressure UK has revealed that one in three adults in the UK has high blood pressure, costing the NHS more than £2.1billion every year.

It is responsible for more than half of all strokes and heart attacks. 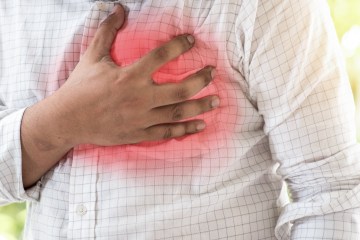 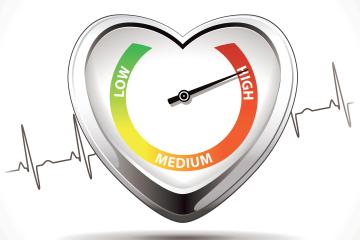 The causes of high blood pressure include obesity, excess alcohol, a sedentary lifestyle and older age.

So with chocolate firmly ON the menu, Lucy Gornall looks at other hacks for lowering blood pressure.

JUST listening to music can help. Dr Deborah reveals a 2008 study by the American Society of Hypertension found adults with mild hypertension (high blood pressure) experienced a drop in blood pressure after listening to classical, Celtic or Indian music for 30 minutes every day for a month.

She says: “Scientists have suggested this may be because we process sound in the brainstem, which is also the brain centre that controls the rate of our heart and breathing, and our blood pressure.”

“MEDITATION is a form of relaxation therapy,” says Dr Deborah.

“During meditation, the person becomes calm, learns their mind and develops acceptance, tolerance and reflection.”

An Australian study found workers who meditated in their office chair for just 15 minutes showed a significant decline in blood pressure.

Try it: Take a deep breath in and hold your breath for two or three seconds, then slowly exhale.

NOTHING beats a good chuckle.

Luckily, it doesn’t just put us in a good mood, but the fact laughter can relax us makes it a useful tool in lowering blood pressure too.

Laughter causes your blood vessels to dilate by a much as 22 per cent, according to a recent study by the University of Maryland.

Another study at Osaka University in Japan also found those who took part in “laughter interventions” saw blood pressure decrease by 5mmHg (which is good).

IF you don’t fancy going to the doctor to have your blood pressure monitored, you might want to invest in an at-home kit, like the Boots Automatic Blood Pressure Monitor (£19.99).

As high blood pressure can present with zero symptoms, checking it yourself is a good way to stay on top of it.

Luckily the starchy vegetables are high in potassium, which Abbas of Chemist Click says can counteract high sodium levels in the body, helping to reduce blood pressure.

Plus, studies have shown a link between low potassium intake and increased blood pressure as well as a higher risk of stroke.

Find yourself a scented candle, steal some of your other half’s bubble bath and head to the tub for a pamper session.

You’ll be pleased to learn that a study published in the Canadian Medical Association Journal found that blood pressure dropped in men who spent ten minutes in a bath run nice and hot, at 40C.

“This is most likely down to pets alleviating feelings of stress,” he tells Sun Health.

Petting a dog for 15 minutes can lower your blood pressure by ten per cent according to a study by the University of Missouri-Columbia.

No chance of getting close to a dog? Dr Deborah says: “Recent Australian research has shown that watching animal videos led to a reduction in blood pressure, and lowered stress by 50 per cent.

“They watched images of Australian quokkas, thought to be the happiest animals in the world.”

HOORAH, another reason to get down and dirty between the sheets!
Dr Deborah says studies have shown that as the frequency of sexual intercourse increases, blood pressure tends to fall.

“Regular sex can also reduce the risk of a heart attack.

"In one American study, blood pressure was found to fall by 13 per cent the day after having sexual intercourse.

“This may be due to the serotonin and endorphins that are released when having sex,” she adds.