The Dead Space games remain some of the most frightening ever, but the remake's addition of the A.L.I.V.E. system may dial that up even further.

The Dead Space franchise will forever hold its position as one of the most terrifying game series to release in any generation, past or present. Isaac Clarke, the impossibly unlucky Ship Systems Engineer who faces the Necromorph scourge, is also one of the more memorable horror protagonists of recent years. Those who took on his role as teenagers undoubtedly have his journey burned indelibly into their memories.

A remake of the first game has been announced by publisher Electronic Arts and developer Motive Studios. It promises to recapture the original's magic while improving on the many elements that made it unique. Chief among these is the use of breathing patterns and sounds of exertion, which drive home Isaac's distress in the game. Tentatively designated as the A.L.I.V.E. system, this should do more than modernize the markers of the protagonist's pain and stress, as much of it is being rebuilt from the ground up.

RELATED: The Last Game by the Original Star Wars Battlefront Devs Is a Gorgeous Hidden Gem

What Does Dead Space's A.L.I.V.E. System Stand For?

The developers of the upcoming remake have identified five areas that they consider critical to the atmosphere of Dead Space, which are as follows: Adrenaline, Limbic System Response, Intelligent Dialog, Vitals, Exertions. Together these combine to form several gameplay features that provide feedback to the player regarding Isaac's mental and physical state. Whether he is at rest, in combat or injured, these systems help to influence how the player works through the game to avoid further damage or recover from a difficult encounter. For the remake, these elements will go far deeper, not only offering a source of information, but taking the existing ideas and rendering them in a far more realistic fashion.

How the A.L.I.V.E. System Will Alter Dead Space

Much of what the A.L.I.V.E. system seeks to change centers on breathing and how it relates to Isaac's current situation. In the original game, his breathing would become more pronounced when sprinting, on low health, low oxygen or during fights, with noticeable erratic spikes during scripted scares. In addition, injuries would add extra grunts to drive home that he is not in peak physical condition. One of the issues with that was that these sounds would all play simultaneously in an unnatural cacophony, something which the remake eliminates. This is also true of the Exertions portion of the system, with melee attack sounds and stomping replacing the heightened breathing track in those moments.

Adrenaline and Limbic System Response are somewhat tied together, as the Limbic System controls physical responses to distressing stimuli like fear and anxiety, often releasing adrenaline in those scenarios. In the remake, adrenaline is influenced by external factors like combat difficulty, scripted events, fatigue, oxygen levels and health, all of which will determine Isaac's heart rate. This should, in theory, then elicit the same response in the user. Intelligent Dialog might be the most exciting of the new additions, with each line of speech delivered in one of three styles - regular, tired or injured. While the words remain the same, each instance reflects what Isaac would genuinely sound like if he had been sprinting or hurt in combat.

Vitals are made up of heart rate, respiratory rate, oxygen level and health. To demonstrate the scale of detail the developers are going into here, they researched average heart rates for males of Isaac's age at different fitness levels before settling on a baseline. Respiratory rate is directly linked to heart rate and has modifiers based on injury and fatigue. The final part of the A.L.I.V.E. system, Exertions, are one-offs that interrupt the regular cycles of the other systems and start the breathing loop again from an inhale.

Although the A.L.I.V.E. system is not the only thing the remake needs to be a success, the level of detail and research hours going into this element that some may take for granted is truly astonishing. Understanding the importance of factors affecting the protagonist, and his body's reactions in turn, is critical. Isaac realistically responding to external influences is a massive step toward greater immersion in horror titles (particularly those which are intended to be enjoyed entirely in single player). With the game now slated for a 2023 release, Motive Studios have their work cut out to make all of this a frightening reality.

KEEP READING: Martha Is Dead Is One of the Most Disturbing Games Ever

How to Respec Your Elden Ring Character 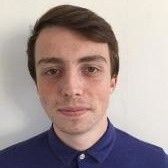 James Lynch is a Features Writer who has spent the last three years editing and writing for the website he started back in 2018. When he's not deeply embroiled in an epic PC strategy, he can usually be found supporting his beloved Brentford FC. Catch him on his newly active Twitter @jamesjlynch