Posted by: admin Categories: PULMONARY DISEASES
Comments Off on Progress in battle to achieve dynamic zero-COVID 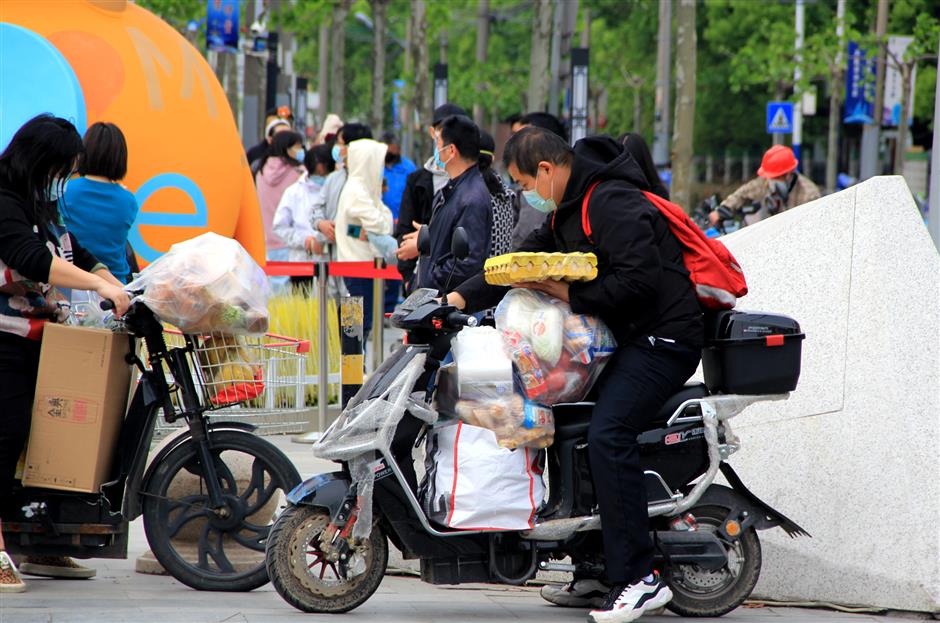 Residents in the city's precautionary areas shop in Songjiang District.

A smaller proportion of Shanghai's new COVID-19 positive cases have been detected during nucleic acid screening among high-risk groups, though the total daily number of new cases remains high.

Some 97 percent of the city's 24,820 new positive cases reported on Saturday were found among those who were already under central quarantine or were previously asymptomatic infections.

The rest of the 307 confirmed cases and 415 asymptomatic cases were newly detected during the ongoing massive polymerase chain reaction (PCR) testing, according to Wu Jinglei, director of the Shanghai Health Commission.

"Though the daily number of new infections remains at a high level, the number has been relatively stabilized," Wu told the city's daily COVID-19 press briefing.

Shanghai has launched the key battle to achieve "dynamic zero-COVID" at community level in the fastest time. The city will keep conducting PCR screening along with antigen self-testing as a supplement for its three-level "locked down," "controlled" and "precautionary" areas, according to Wu.

Apart from a 33-year-old patient, all the other cases in severe condition are between 70 and 93 years old. They all have serious underlying diseases and only one of them has received the vaccine. 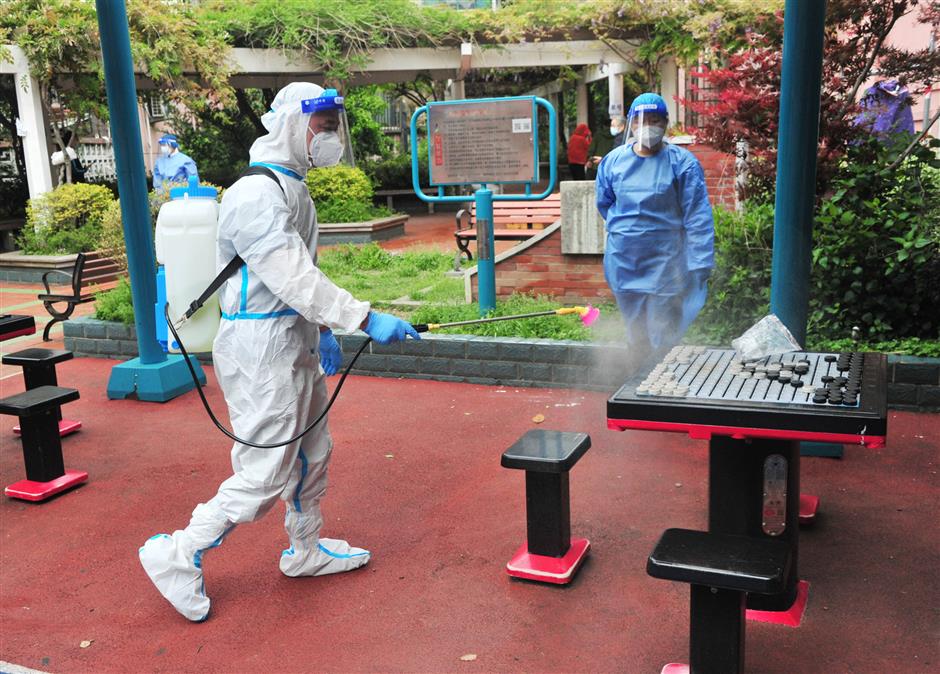 The youngest patient in a serious condition has severe immune diseases and requires hemodialysis. The patient suffers mass pulmonary infections along with pericardial effusion and was delivered to a designated hospital for coronavirus patients, Wu said.

After a treatment blending Western and traditional Chinese medicine, the patient's pulmonary infection has improved, while the underlying diseases are being treated.

Medical experts from various departments have made customized treatment plans for each of them, along with breathing machines, anti-virus, anti-infection and nutritional support treatments.

The seniors are vulnerable to the Omicron variant, especially the elderly without vaccination or with underlying diseases, said Wu. Though the vaccine cannot completely block the transmission of the virus, it is highly effective to prevent serious symptoms and death, he added.

About 3.6 million Shanghai citizens over 60 years old have received full COVID-19 vaccines as of Friday, accounting for 62 percent of the city's total elderly population.

Among them, 2.18 million seniors have received the booster shot, or 38 percent of the total, according to Wu.

The seniors are advised to take the jabs as soon as possible after the lockdown in their communities is lifted, including those with chronic diseases but have been well-controlled with regular medication, he said.