There is still time to complete the government’s consultation on its proposed PM2.5 targets, which will be included in the Environment Act.

Air pollution is responsible for 36,000 premature deaths each year in the UK, costing the NHS up to £20bn annually.

To tackle this, the government is proposing to set a new legal limit for fine particulate matter (PM2.5) pollution.

PM2.5 is one of the most dangerous pollutants for human health, and there is no safe level of it to breathe in.

Some people are more vulnerable than others to the risks it poses, including children, pregnant women, older people and those living with lung conditions.

However, the World Health Organization (WHO) has recommended that every country should be aiming for a target that is half the level that the government is proposing in order to protect public health. 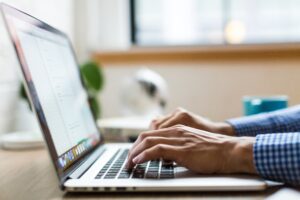 Charities and air pollution organisations, including Asthma + Lung UK, Clean Air Fund, ClientEarth, Healthy Air Campaign, Mums for Lungs and Living Streets, are calling for the UK to reach the proposed target by 2030 at the latest.

Hitting the target by 2030 would see an average of 388,000 fewer days of asthma symptoms flare ups a year in children; a fall in cases of coronary heart disease of over 3,000 cases per year, and a rise in average life expectancy of 9-10 weeks across those born in 2018, according to research by Clean Air Fund and Imperial College.

The public have until 27 June 2022 to respond to the consultation and have their voices heard.

Asthma + Lung UK have worked with the Healthy Air Campaign to design a simple questionnaire that allows people to respond to the consultation quickly and easily.

You can fill out the questionnaire and respond to the government’s consultation here.

Tim Dexter, Campaigns Manager, Air Quality at Asthma + Lung UK, said: ‘Air pollution is a health emergency. It damages our lungs and worsens conditions such as asthma and COPD, cutting 36,000 lives short each year. A baby is born breathing in toxic air every two minutes in the UK. While those living in poorer communities, which tend to have higher rates of smoking, poor housing and be more polluted by toxic air, are seven times more likely to die of a respiratory condition than those in the richest areas.

‘Current proposals to tackle toxic air are not fit for purpose. The government is proposing to meet the old WHO guidelines by 2040, resigning another generation to the health impacts of breathing dirty air. If we are going to improve public health and protect people’s lungs, we need action now.

‘That’s why Asthma + Lung UK, is urging everyone to join us and respond to the Government’s consultation on new air pollution targets, making sure that these are met by 2030 at the latest.’