Posted by: admin Categories: ANXIETY MANAGEMENT
Comments Off on Radio 1 DJ tells how breathwork helped him grieve after his girlfriend died of cancer

By Jessica Taylor For Mailonline

A breathing expert and bestselling author has shared how changing his breathing techniques helped him get over the death of his girlfriend.

Stuart Sandeman, author of Sunday Times bestseller Breathe In, Breathe Out, appeared on This Morning to talk about his late girlfriend's terminal cancer diagnosis.

Speaking to hosts Josie Gibson and Craig Doyle, Stuart, from Edinburgh, recalled searching for cancer cures after his girlfriend's diagnosis. 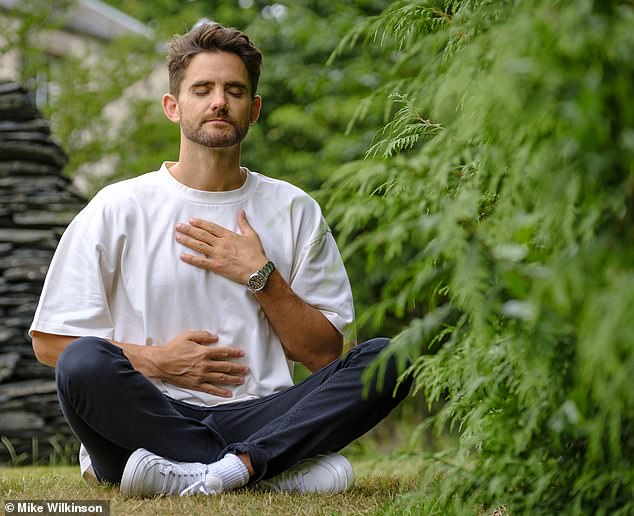 Stuart Sandeman, a breathing expert from Edinburgh, first began to practice breathwork after his girlfriend passed away following a terminal cancer diagnosis 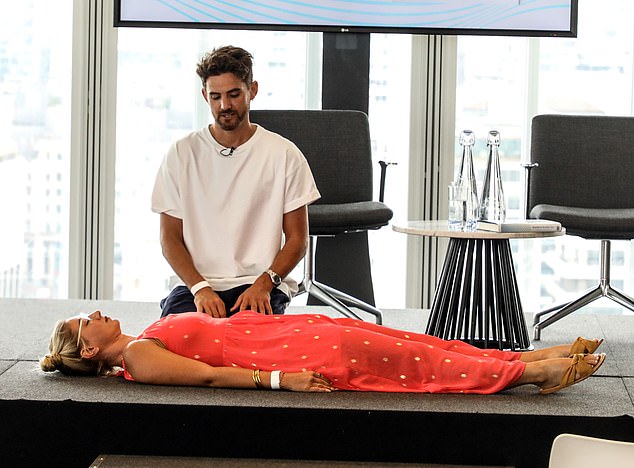 Now Stuart is a top breathwork practitioner who has written the Sunday Times bestseller Breathe In, Breathe Out

Following her death, he fell into a depression as he began to grieve.

Although he admitted he never thought breathwork would help him through his grief, Radio 1 DJ Stuart said he booked a session for himself and his mother one day, as she has always been into yoga.

He told Josie and Craig that during the session, he began to feel something change.

'From nowhere I started to feel emotion start to build up and build up, erupt and flow,' he said.

'It felt so good, it was this massive cathartic release for me.'

Stuart then recalled feeling like his late girlfriend was with him and holding his hand as he practiced the breathing techniques.

He said: 'That was the real powerful moment for me because she was there and she was speaking to me and it was really bizarre, amazing, weird and wonderful.

'I thought, "Either I'm going mad or there's something very special here".'

After his intense experience Stuart, who was working as a DJ at the time, began focusing more on breathwork. 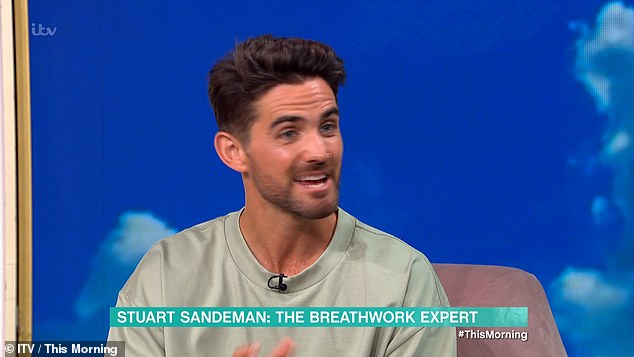 Speaking on ITV's This Morning, Stuart told how he had a hallucinogenic experience during his first breathwork session 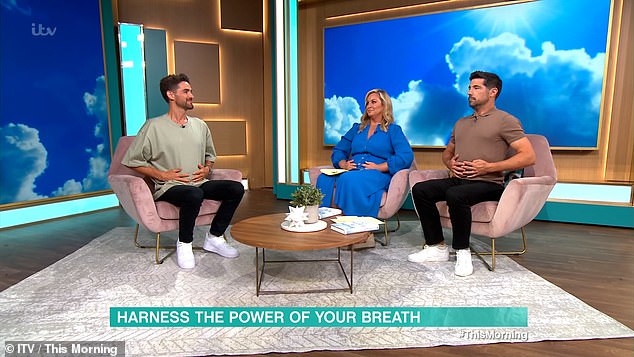 Throughout his girlfriend's illness he said the pair explored alternative treatments but overall he was 'quite skeptical'.

However he added: 'For me grief came as anger; anger at myself, guilt and shame... I had the weight of the world on my shoulders.

'I was open to these ideas but if somebody had said... "just breathe through your grief" I probably wouldn't have thought that was possible.'

Following the success of his first session, Stuart eventually started working towards becoming a breathwork practitioner.

He said: 'It didn't just stop the grief.  For me I noticed my energy levels increased, the voice in my head became much kinder... I just felt like and upgraded version of me.

'Life started to flow much easier.'

Advising others on the basics of breathwork, he said it can help to reduce stress and improve energy by affecting the nervous system.

'If you've got stress... that thought is triggering a stressful breathing pattern,' he explained, adding that people need to learn how to 'hit the off button' and 'turn that stress to calm'.

Referring to a mantra he lives by, 'If in doubt, breathe it out', Stuart explained that a long breath out can signal to the brain and body to relax.

Stuart, who appears to have found love again and is now engaged, also appears on BBC Radio 1's Decompression Sessions.

Speaking on This Morning he said: 'It's not just me [breathwork] has helped. It has helped thousands of people now.'