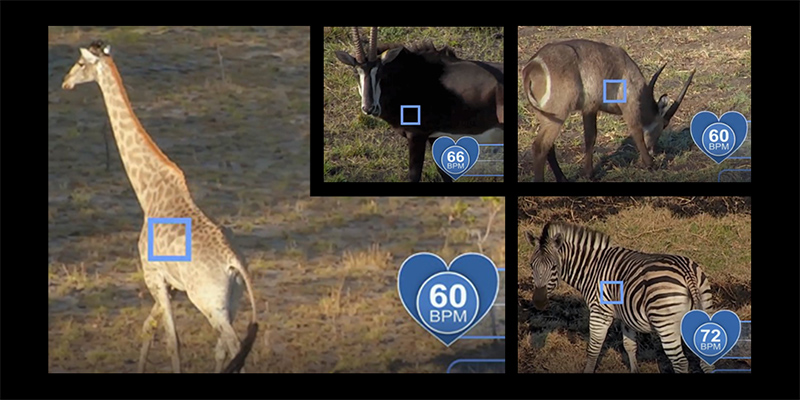 ENVIRONMENT AND SUSTAINABILITY Measuring heart and breathing rates of African wildlife filmed with a drone.

A UniSA PhD student can now add “world first” to her CV after collaborating with global cinematographer Douglas Thron to accurately measure heart and breathing rates of African wildlife filmed with a drone.

It is believed to be the first time that this technique – pioneered by Prof Chahl and his team in 2019 – has been used to successfully extract heart and breathing rates of animals filmed from a drone at long distances.

The collaboration with Thron, one of the world’s most high-profile drone pilots, came about after the cinematographer read about Prof Chahl’s remote sensing study with Adelaide Zoo.

Thron films across the world using specialised drones with infrared cameras, zoom lenses and spotlights to rescue animals affected by natural disasters. He spent six months in Australia in 2020 after the World Wildlife Fund hired him to find vulnerable wildlife in the wake of the country’s devastating bushfires.

That experience – as well as the world-first experiment in Malawi, Africa – features in a documentary series named Doug to the Rescue, which airs in more than 30 countries worldwide on the Curiosity Stream channel.

In the Malawi documentary, which premiered in mid-June, Wang and Prof Chahl are interviewed via Zoom, discussing the challenges they faced to pick up tiny movements from the animals’ chest cavities filmed by Thron’s drone from ranges of more than 50 metres. 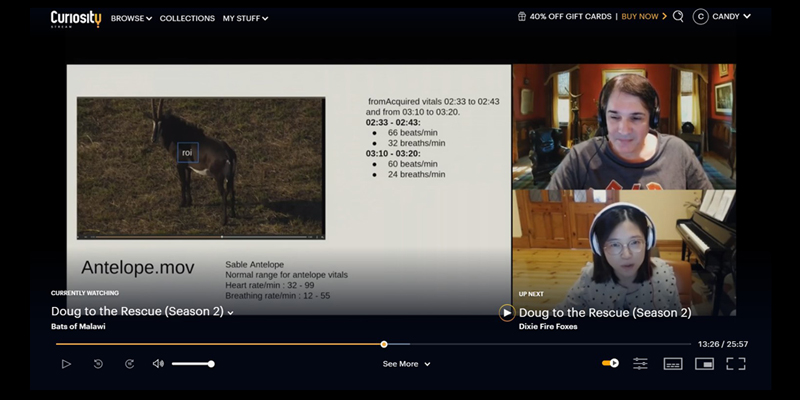 “We had to select the right sequences in the video where it was stable enough for us to get heart rates, but we were able to do it,” Prof Chahl says.

According to Wang, the sable antelope’s heart rate was right in the middle of the normal range and its breathing rate was at the lower end, which indicated it was very healthy and not stressed at all, even by the presence of the drone.

Likewise, the vital signs captured from a giraffe, zebra and waterbuck were all in the expected range.

“It was exciting to work with a US-based documentary team on location in Malawi, via video conferencing from Adelaide, while Australia’s borders were closed,” Wang says.

“It just shows what is possible in a research context using modern technology, even in a pandemic.”

Wang was also part of the UniSA team who worked remotely with Canadian drone manufacturer Draganfly in 2020 to create COVID screening technology for humans.

Prof Chahl says there is significant potential to use the same technology to monitor the health of wildlife globally, particularly endangered animals, and assist conservation efforts.

“We have demonstrated that a drone can be used to film wildlife at long distances without disturbing or stressing them, and then use AI techniques to successfully extract cardiopulmonary signals to remotely monitor for signs of poor health.

“This documentary was partly an experiment. Doug and his team wanted to verify that their work was not distressing the animals they try to help. Our results confirmed that.”