On the third anniversary of David Moyes’s second stint at West Ham United, the experienced Scottish manager showed little sign of doubt about his future in east London as he revealed the backing of the board while rejecting any suggestions of intense pressure.

Moyes symbolised that belief, sitting at West Ham’s Rush Green training ground in Romford with a calm persona entirely unreflective of the situation the club find themselves in before tonight’s London derby against Brentford.

Four straight Premier League defeats have put West Ham in danger of a relegation fight in 2023, and another defeat by Thomas Frank’s Brentford could, mathematically, result in them starting the year at the bottom of the table. 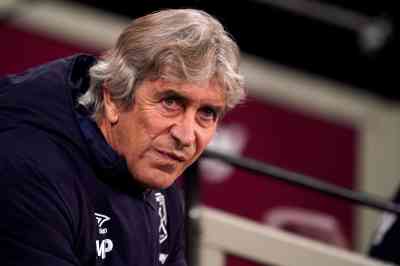 Moyes’s predecessor, Manuel Pellegrini, was two points better off at

Tags: breathing sport
« We recount our 2022 Code List
Covid left some companies with ‘a painful hangover’; now they face a recession »