Shortness Of Breath Could Be A Sign Of Heart Attack; Survival Rate Lower

Posted by: admin Categories: SPORTS & ATHLETICS
Comments Off on Shortness Of Breath Could Be A Sign Of Heart Attack; Survival Rate Lower 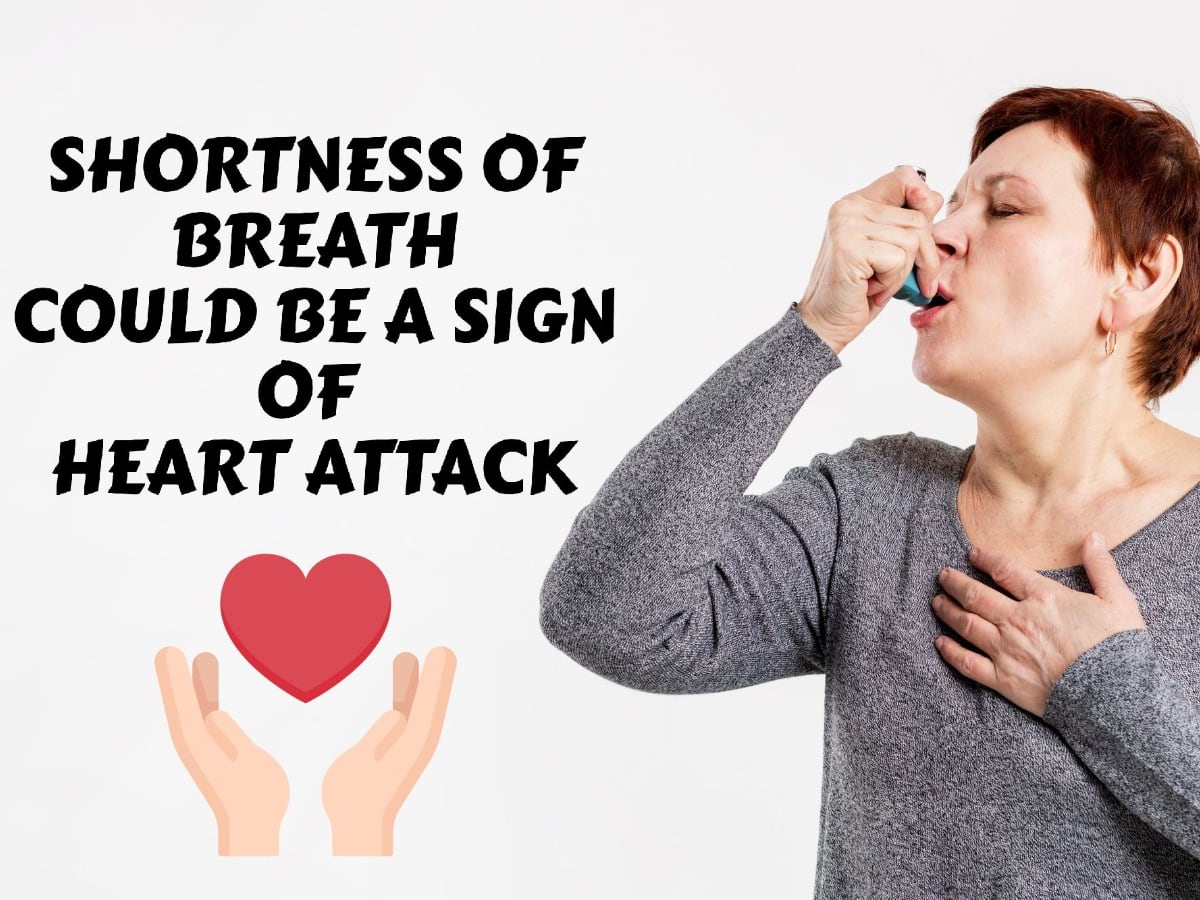 While chest pain is to be believed to the most common symptom of heart attack, there are other signs of myocardial infarction like shortness of breath that need immediate attention.

Did you realise that a heart attack can strike without any symptoms of chest pain? Heart failure and heart disease do not manifest themselves in the same way for everyone, particularly women.

The heart is a muscle that contracts to pump blood throughout the body. When the heart muscle does not get enough blood, it triggers a heart attack, also known as myocardial infarction. While heart attacks are generally a result of long-term heart disease, cardiac attacks can strike unexpectedly. Several factors raise the risk of having a heart attack, but a new study has found that those experiencing shortness of breath have low survival rates than people with typical symptoms of chest pain.

According to a study, shortness of breath could be an indication of a heart attack, and these patients have a lower chance of survival than individuals with normal chest pain symptoms.

"Patients presenting with shortness of breath or fatigue had a worse prognosis than those with chest pain. They were less likely to be alive one year after their heart attack, and also less likely to stay out of hospital for heart problems during that 12-month period," said Dr Paulo Medeiros from the Hospital.

Shortness Of Breath, Fatigue And More Symptoms Of A Heart Attack

Although chest pain is the most common symptom of myocardial infarction, other symptoms like shortness of breath, upper abdomen or neck pain, or momentary loss of consciousness may warrant a trip to the emergency room.

Dyspnoea/fatigue patients were much older than the other two groups, with an average age of 75 years compared to 68 years for chest pain patients and 74 years for syncope patients. Patients with dyspnoea or fatigue were also more likely to be women (42 per cent) than those with chest pain as the primary symptom (29 per cent) or syncope 12 per cent. (37 per cent women). Patients with dyspnoea/fatigue as their primary symptom were more likely than the other two groups to have high blood pressure, diabetes, chronic renal disease, and chronic obstructive pulmonary disease (COPD).

"This study highlights the need to consider a diagnosis of myocardial infarction even when the primary complaint is not chest pain. In addition to the classic heart attack symptom of chest pain, pressure, or heaviness radiating to one or both arms, the neck or jaw, people should seek urgent medical help if they experience prolonged shortness of breath," Medeiros said.

(With inputs from agencies)