Posted by: admin Categories: PULMONARY DISEASES
Comments Off on Rafael Nadal reveals he had a BREATHING problem in his Indian Wells final defeat to Taylor Fritz

'It's like a needle all the time inside... I get dizzy because it's painful: Rafael Nadal reveals he had a BREATHING problem in his Indian Wells final defeat by Taylor Fritz, who ended the Spaniard's 20-match win streak

Rafael Nadal was left concerned by a breathing problem and sad at the end of his remarkable winning run after a final defeat to Taylor Fritz in Indian Wells.

The 35-year-old had won his first 20 matches of the season, claiming three titles including a 21st grand slam crown at the Australian Open, and was the favourite to win the first Masters event in 2022.

But instead that honour went to 24-year-old American Fritz, who celebrated a 6-3 7-6 (5) victory and the biggest moment of his career so far. 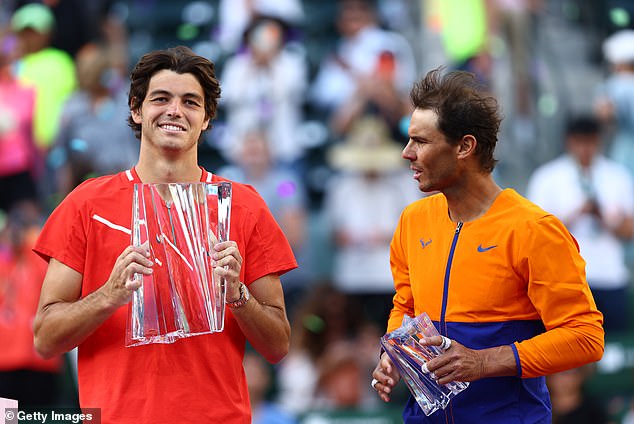 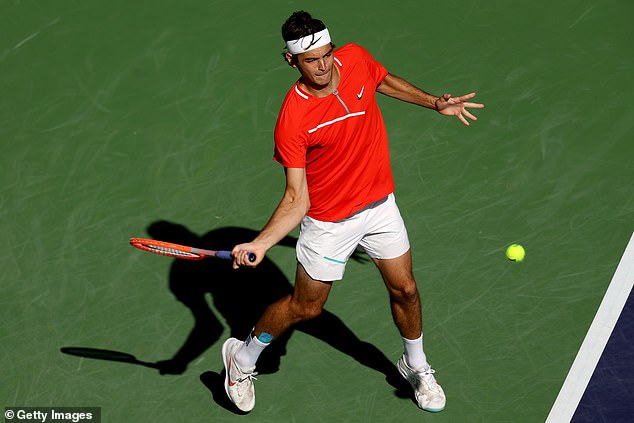 Nadal had battled through several close matches to reach the final and needed treatment at the end of his semi-final against Carlos Alcaraz on Saturday.

It was clear from the start of Sunday's final that all was not well, with Nadal declining to chase down balls, rubbing his chest and losing the first four games.

He went off court at the end of the first set with the doctor but decided to carry on and had his chances in the second despite his struggles.

The Spaniard will prioritise finding out what the problem is, saying: 'When I'm breathing, when I'm moving, it's like a needle all the time inside. I get dizzy a little bit because it's painful. It's a kind of pain that limits me a lot. It's not only about pain, I don't feel very well because it affects my breathing.'

Nadal had already decided not to play in the Miami Open over the next fortnight and will instead have a short break before the clay-court season begins next month.

He said of his first defeat of the year: 'I wanted to make it perfect before clay. It has been very, very, very beautiful. Honestly I am sad because of the way I was not able to compete. It's tough to have these feelings, every day, but in the final it's very, very ugly. 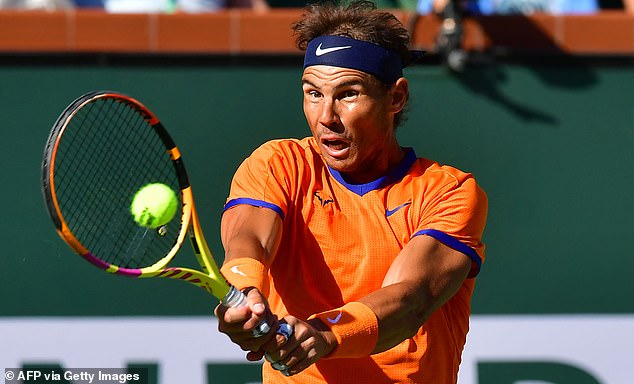 'But I am not the kind of person that goes down or goes very high emotionally depending on the moment. I am normally stable, putting everything in perspective.

'Of course, the last two months have been amazing, unforgettable, very emotional. I enjoyed things that I never thought I could live again a few months ago.

'Now is the moment to try to solve this problem as soon as possible, try to start on clay. The thing that worries me is about what's going on there, what I have to do now to recover and how long it's going to take.'

Going into the final, the concern was over Fritz, who picked up an ankle problem late on in his semi-final against Andrey Rublev and cut short his practice session on Sunday after only a few minutes.

The American grew up only two hours away from Indian Wells and visited the tournament as a child, and he said: 'This is seriously like a childhood dream come true, like a wild dream you never expect to actually happen.'

Fritz was worried he would not even be able to take to the court, saying of his warm-up: 'I took one push-off step, I literally screamed. I tried it twice more. Both times, the worst pain imaginable. I was really upset, basically almost crying because I thought I was going to have to pull out.

'I went to the doctor. We did a lot of work on it. We tried to numb it up and stuff like that. 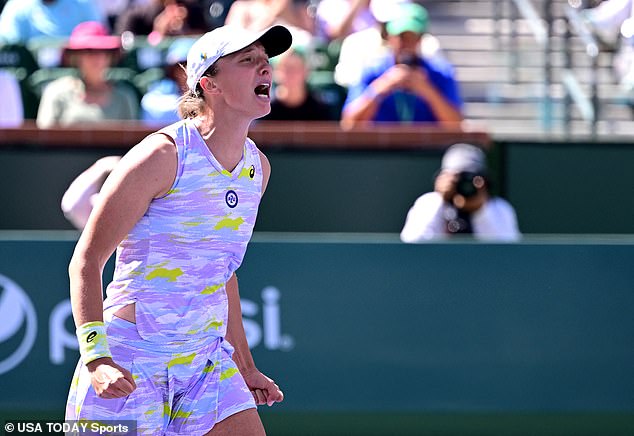 'A lot of members of my team wanted me to not play the match. I'm never going to let them forget that because I went on the court and it was a complete non-issue, didn't feel it at all, didn't hinder me at all.'

Swiatek rose to number two in the world after a 6-4 6-1 win over her Greek opponent in breezy conditions.

'We've already started a pretty cool rivalry and I think it's going to last a few more years so it's pretty exciting,' Swiatek said in her on-court interview.

'We're going to play many more finals. Today was pretty crazy because of the conditions. My team did an amazing job.'