The market for new widebody powerplants served by Rolls-Royce is not experiencing the “very intense” pressures on supply chains seen in the narrowbody sector, according to the engine-maker’s outgoing chief executive Warren East.

Speaking during a first-half earnings call on 4 August, East explained that while the single-aisle market is struggling to cope with ramping-up “very steeply” and in “very large” numbers to meet demand for new jets, Rolls-Royce’s markets are a different story.

“Widebody is a slower recovery, which gives us all some breathing space,” he says. “Also, the absolute numbers are much lower.” 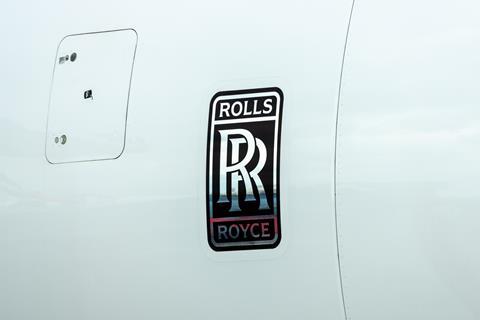 Nevertheless, alongside a focus on cost-control, the engine-maker is working to add resilience to supply chains across its business.

“We are spending more with fewer suppliers,” East says. “The relationship with those suppliers is richer, the contract terms can be longer and more rigorous.”

Rolls-Royce is hiring extra staff to handle supply-chain challenges, notably as it eyes a path back to pre-pandemic levels of demand for new large engines in its civil unit.

“We do see new [original equipment] demand rising over the coming years and we think we’re pretty well positioned for it,” East says.

In commentary for its first-half results, Rolls-Royce says that large civil engine deliveries are expected to accelerate in the second half of the year, after a slow start to the 12 months, as “supply chain actions take effect and assembly rates improve”.

Large civil engine flying hours, meanwhile, were up 43% year on year in the first half, at 4.5 million, as more airlines returned long-haul international capacity during the Covid-19 recovery phase.

Rolls-Royce describes engine usage as still being in “a relatively early stage of recovery”, however, at around 60% of 2019 levels across the six months.

“Engine flying hours are expected to maintain the current trajectory and return to pre-pandemic levels in 2024 as global travel restrictions are lifted,” it says.

Long-term service agreements that drive much of the civil business’s revenue are being affected by inflation and supply-chain challenges, Rolls-Royce admits, but it is “addressing the impact through tight cost control and robust long-term contracts with suppliers and customers that aim to pass through inflation risk”.

The Civil Aerospace unit recorded an operating loss of £79 million ($96 million) for the quarter, although Rolls-Royce notes this would have been around break-even without several negative exceptionals.

Rolls-Royce as a whole reported an underlying operating profit of £125 million for the first half of 2022, down from £307 million in 2021. Its underlying loss of £111 million compares with a £133 million profit in the equivalent six months of last year.

Tufan Erginbilgic, a former executive at petroleum firm BP, is due to succeed East as Rolls-Royce chief executive on 1 January 2023.