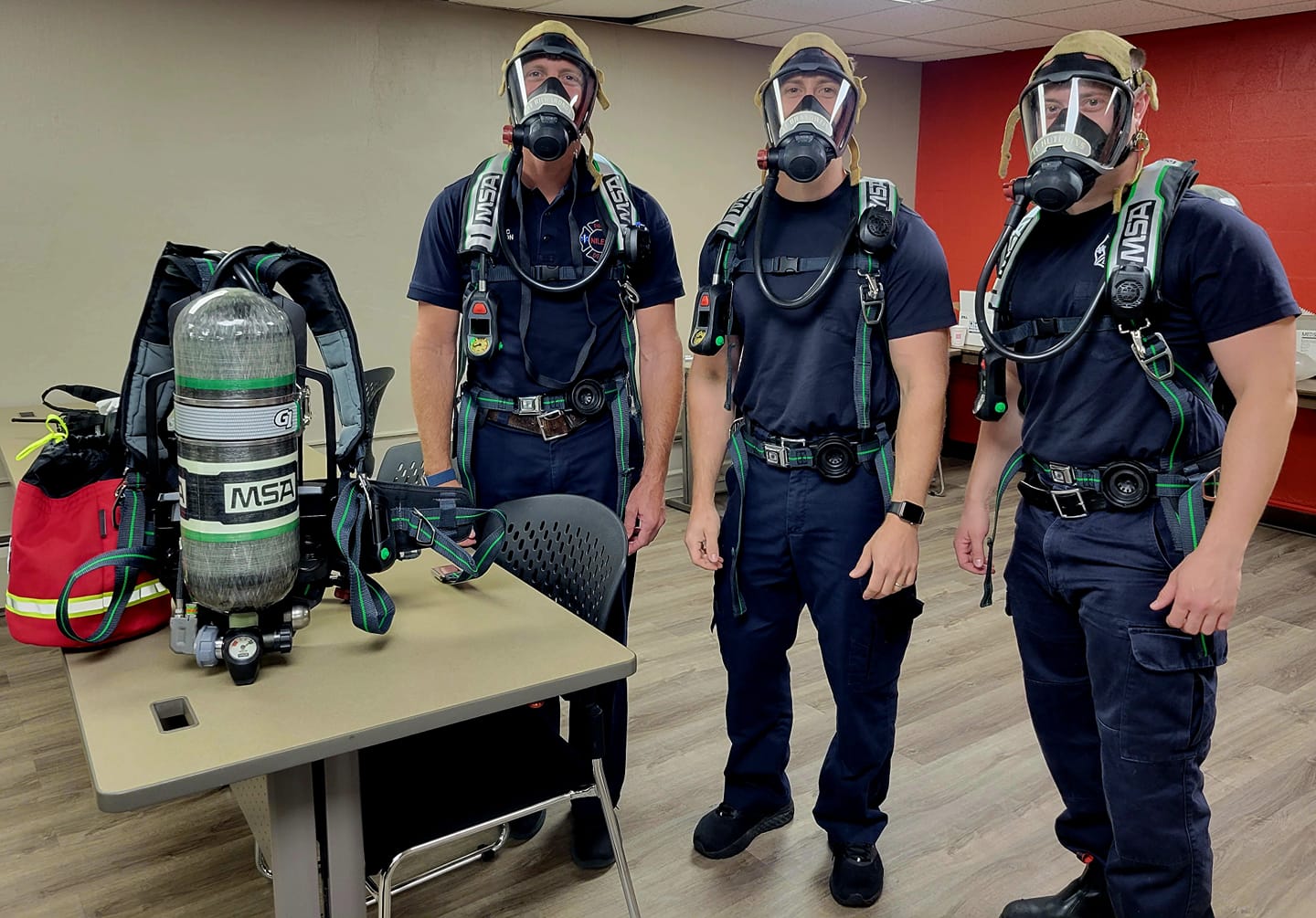 Niles firefighters will be able to breathe a little easier once they begin deploying 61 new self-contained breathing apparatus (SCBA) units. Delivered in May, firefighters are now training with the units and will begin using them in the field in October, Niles Fire Chief Marty Feld said.

Feld said those facemask units, which look like oxygen masks, contain a P-100 filter allowing them to be used as a facemask more effectively than an N95 mask, without connecting to an oxygen tank. Those masks can also be connected to oxygen tanks through the new SCBA system.

The $22,000 cost of the new masks were later reimbursed by FEMA as part of federal COVID reimbursement programs.

The new SCBA system allows for 45 minutes of breathing time in total between recharges. Feld said the new packs could see firefighters deployed within a situation where they might rely on the packs for a little more than 20 minutes before being rotated out. Older models saw firefighters rotated out after 15 minutes.

The new units also feature enhanced voice modulators, which are self-contained within the unit, better visibility, and a new feature showing the amount of remaining oxygen left in air tanks in a display visible within the mask. Feld said all those, along with a quick release feature, are improvements over the old system.

Support local news by subscribing to the Journal & Topics in print or online.