Eating and breathing in plastic

Posted by: admin Categories: PULMONARY DISEASES
Comments Off on Eating and breathing in plastic

IT’S a disturbing fact to digest – plastic has found its way into our bodies.

Microplastics are plastic pieces smaller than 5mm in length, found in the environment due to plastic pollution.

Worryingly, they were detected in the blood and lungs of living people for the first time.

Such news, as put very bluntly by our Health Minister Khairy Jamaluddin, “is mega screwed up”.

In a video on his social media on April 12, he said research has shown that we inhale and ingest microplastics from the air we breathe and the food we eat.

“Now that we have definitive scientific proof that plastic can be present in our body, that is mega screwed up,” Khairy quipped.

On April 6, it was reported that 11 of 13 patients undergoing surgery were found to have microplastics in their lung tissues in a study in the United Kingdom. 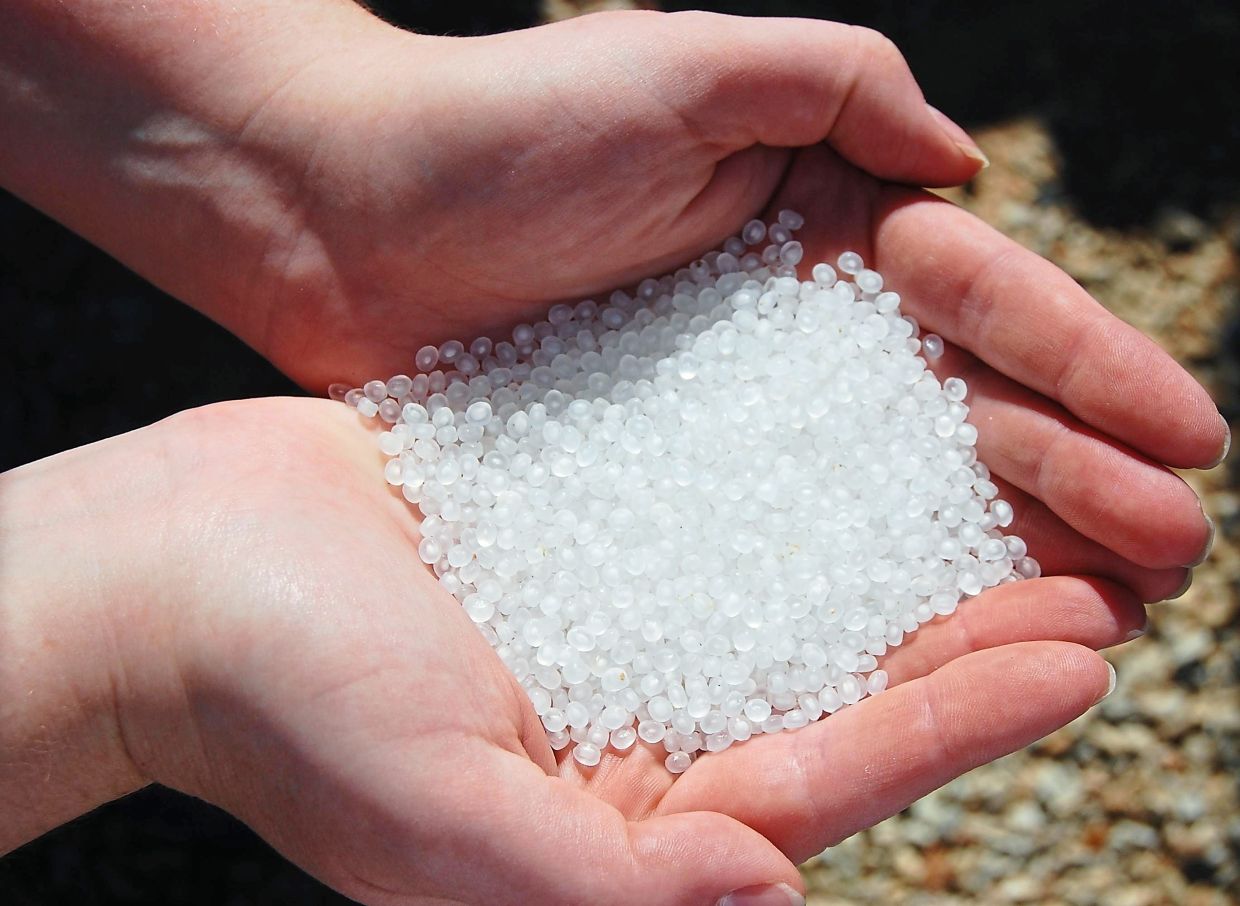 Nurdles, which are plastic pellets used to make other plastic products, are a common source of microplastic pollution.

The most common particles were polypropylene, used in plastic packaging and pipes, and PET (polyethylene terephthalate), used in bottles.

In a separate study in the Netherlands, scientists found microplastics in the blood of 17 out of 22 people.

This shows that the particles can travel around the body and may lodge in organs.

With this unsettling news, the ministry is hoping to conduct a study on microplastics soon to get a local context on the issue.

Khairy had previously said he would raise this matter with the Malaysian Institute of Health Research to do a study to see if such plastic has entered our blood system.

But globally, there has yet to be any conclusive findings on the effects of microplastics on our bodies.

Until we get more answers, experts are urging the public to focus on what we can do now – reducing plastic waste in the environment and leading a healthier lifestyle.

One credit card per week

Humans, on average, could be ingesting about 5 grams of microplastic a week – that’s about the weight of a credit card!

This was suggested in a study by the University of Newcastle, Australia, commissioned by the World Wildlife Fund (WWF) in 2019.

“The largest source of plastic ingestion is through drinking water.

“Another source is eating shellfish as they are eaten whole including their digestive system after a life in polluted seas,” WWF-Malaysia plastics initiative interim manager Tahirah Mohamed Ariff tells Sunday Star.

But the WWF isn’t asking the public to stop drinking water or eating shellfish, but wants to raise concern that there are very few studies into the impacts of plastic ingestion by humans.

It’s also time for everyone to be more aware of this problem and do our part to manage plastic waste, in line with Earth Day marked on Friday (April 22).

“Primary microplastics come from products like microbeads in shower gels.

“Secondary microplastics are from larger plastics such as degraded plastic bags,” Tahirah says.

To alleviate the problem, she says waste reduction should be given the top most priority, followed by re-use strategies and recycling.

Nonetheless, she believes Malaysia’s aim to reach a 40% recycling rate by 2025 is achievable.

“However, most recyclers import recyclable waste.

“As a result, the recyclables generated here may end up in landfills and dumpsites, or are littered in the environment, eventually leaking into the ocean,” she points out.

Tahirah says it is estimated that between 86 and 150 million tonnes of plastic have accumulated in oceans worldwide by now, at a continuously increasing rate.

“Even if all plastic pollution into the ocean were to stop today, the process of plastic degradation from the accumulated waste would still continue.

“It would lead to the mass of microplastics in oceans and beaches more than doubling between 2020 and 2050,” she says.

What it means for us

For humans, the effects of microplastics in our bodies are still unknown but the signs don’t look good.

In the laboratory, microplastics have been shown to cause damage to cells, says Assoc Prof Dr Chan Kok Meng, from the Universiti Kebangsaan Malaysia’s faculty of health sciences.

“It’s been shown to cause inflammation, damage to DNA and inducing cell death in cell culture and laboratory animals,” says Dr Chan, who is UKM’s Center for Toxicology and Health Risk Studies chairman.

He lauds the Health Ministry’s idea to conduct a study on microplastics, as there is growing interest about its impact.

Dr Chan believes the most concerning part is the leaching of chemicals from the microplastics into our body.

“For example, some plastics are added with chemical dyes to give it colour.

“Certain dyes, especially from benzidine-based ones from the 1970s and 80s are known to cause cancer,” says Dr Chan, a registered toxicologist under the American Board of Toxicology.

Even the dyes today also contain inorganic pigments that contain cadmium or even lead which are hazardous to health, he adds.

“Microplastics in the environment have the potential to absorb chemicals, which can be toxic heavy metals like arsenic that is also known to cause cancer,” says Dr Chan.

As scary as all this sounds, he urges the public to keep practising a healthy lifestyle as that is what matters most now.

There are some who discourage people from eating seafood like fish and cockles as it may have consumed microplastics from the ocean.

However, Dr Chan disagrees, as fish is an important part of a healthy diet.

“What we can do is to carefully select certain types and sizes of fish for consumption.

“There are fish that build up less toxicants due to their diet.

Another important aspect is to clean the fish properly including removing its guts before cooking it, he advises.

He also notes that farmed fish will be generally safe because the Department of Fisheries Malaysia closely monitors all aquaculture activities here.

“For cockles and oysters, if you can not determine the source, it is best to avoid them because they are filter feeders and may accumulate pollutants,” Dr Chan adds.

Filter feeders are animals that feed on particles strained out of water by circulating them through their system.

Malaysian Medical Association president Dr Koh Kar Chai says the public should be concerned as evidence shows that we are exposed to microplastics via inhalation and things we consume daily.

“Plastics contain chemicals which are known to be disruptive to the endocrine system (the system controlling our body’s hormones) and can trigger chronic inflammation.

“However, the jury is still out on the actual extent of the harm that microplastics cause in our body,” he adds.

Dr Koh suggests that manufacturers look into alternatives to plastic in items they produce.

“As such initiatives will be supportive towards the health of the population, the government could look into incentives for companies that use biodegradable materials,” he says.

Simple steps such as separating garbage to be recycled can make a big difference too, he says.

However, there is no denying that plastic needs to be part of our lives.

As one of the key components of medical equipment and protective gear, plastic plays an essential role in keeping hospitals running and protecting frontliners during the Covid-19 pandemic.

But these, among others, caused a spike in packaging waste.

Tahirah says this begs the urgency of having a waste management system that is able to take on the high amount of waste.

“Given the trends that we have seen, there may be more face masks and other materials ending up in nature than before the crisis began.

“Hence, it is our collective responsibility to ensure that the materials we are using to protect our health are disposed of properly.

“Otherwise, we will jeopardising our own long term health and that of the planet,” she adds.