Asthma has been one of the most notorious respiratory diseases affecting multiple people worldwide, characterized by hyperreactive respiratory problems.

There is no grand treatment for it yet but a new study shows that scientists were able to find a "mechanistic link" between asthma and germs. 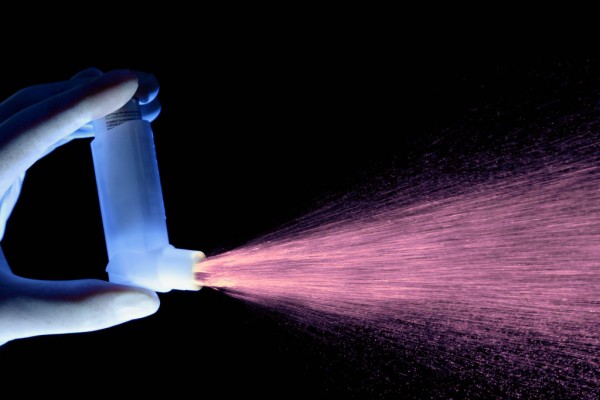 In a new study published in the journal Science Translational Medicine, clinicians were able to pinpoint a major component of bacterial cell membranes through a molecule called lipopolysaccharide (LPS) which can trigger "pro-inflammatory molecules" such as the protein and cytokine oncostatin M (OSM).

The researchers found that blocking the OSM can reduce severe asthma-related symptoms in mice, leading to the potential development of antibodies and other medicinal drugs against OSM pertaining to asthma treatment.

The discovery adds to the existing knowledge that bacterial dysbiosis or opportunistic bacterial infections in the lungs causes asthma.

The Centers for Disease Control and Prevention (CDC) defines asthma as a disease that affects the lungs and shows recurring symptoms if "something" affects the respiratory organ.

Since there are currently no cures or vaccines for asthma, the medical condition lingers in the affected person permanently.

The CDC said we do not know all the causes of asthma, but previous studies have linked environmental, genetic, and occupational factors to asthma.

It emphasized that most asthma is hereditary from the immediate family or caused by allergens in the environment.

Allergens such as dampness, mold, dust, dirt, and other particles trigger asthma, the CDC says that not all asthma is caused by allergens.

On the other hand, the organization said that occupational asthma transpires when an individual who never experienced the disease before is exposed to an irritant or chemical at work on higher levels, causing the development of an allergy.

The feeling of heavy breathing, shortness of breath, tightness of the chest, wheezing, and coughing are the most common symptoms of asthma, which mostly affect children, as well as adults.

It is widely known for affecting multiple people regardless of gender, race, and location.

Sleeping problems are also one of the indirect symptoms of asthma, and this is due to some of the aforementioned indicators of the disease.

Fatigue and tiredness are also some of the physical effects of respiratory disease.

Going back to allergens or irritants, these particles enter the airways of the lungs which can trigger moderate to lethal health hazards, including death, if left untreated.

The respiratory illness can be regulated through long-term medications called "controllers" and immediate medications known as "rescuers".

The latter is used for purposes of emergency only in the form of inhalers, a small device used by a patient in case an asthma attack occurs.

In light of the new study, a potential cure is possible in the future if the scientific community further understands the mechanisms surrounding asthma and its relation to both microscopic living organisms, such as germs or pathogens.

According to the World Health Organization (WHO), respiratory disorder affected approximately 262 million people and killed more than 460,000 others in 2019 worldwide.

Being the major non-communicable disease, the WHO continues to improve the diagnosis, monitoring, and treatment of the long-term condition.

In the United States, the Asthma and Allergy Foundation of America (AAFA) an estimated 25 million Americans have asthma; this is equivalent to one out of every 13 Americans, including children and adults.

Between 2008 and 2013, the AAFA cited that asthma resulted in an annual economic cost of $81.9 billion worth of losses relating to medical costs, as well as missed school classes and workdays.


© 2022 NatureWorldNews.com All rights reserved. Do not reproduce without permission.

Tags: panic attacks
« A study reveals the best sports for relieving stress. Here’s why you should get started right away
This five-year-old calls 911 when her father has difficulty breathing… »