As respiratory illnesses that vanished during the pandemic on their way back to N.L., Janeway has ‘surge plan’ mapped out for more sick kids

Posted by: admin Categories: PHYSICAL REHABILITATION
Comments Off on As respiratory illnesses that vanished during the pandemic on their way back to N.L., Janeway has ‘surge plan’ mapped out for more sick kids

As a wave of illnesses like influenza and respiratory syncytial virus (RSV) move across Canada toward the Atlantic provinces, and a higher-than-normal number of children are hospitalized in Ontario, it’s understandable that some people, especially parents of young children, fear what will happen in the coming weeks.

According to an article in the National Post published on Nov. 18, some healthcare workers in Ontario have been sharing alarming messages on social media about these common illnesses which, other than in the 2020/2021 and 2021/2022 flu season, are reported in the population around the same time every year. 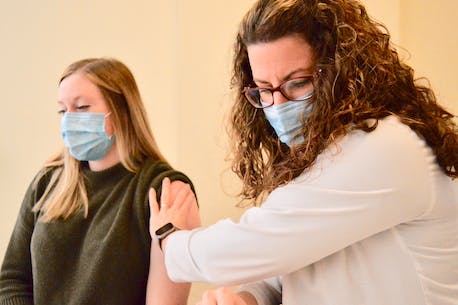 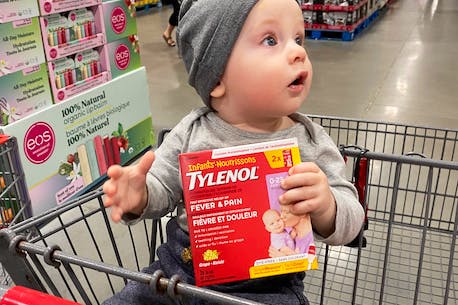 The article quotes Dr. Tracey Bruce, a pediatric anesthesiologist at McMaster Children’s Hospital, as stating these are the worst respiratory illnesses they’ve seen in 14 years.

While anecdotes, speculation and theories abound as to why, not all doctors believe there is enough evidence to suggest this year’s RSV or influenza is more severe, including the clinical chief of child health with Eastern Health, Dr. Gail Cowan.

“Perhaps in hindsight we’ll be able to examine the number of patients that present and are proving (to have) RSV and influenza and the outcomes, but I don’t know that anyone can definitively say that the RSV patients are sicker,” she said in a telephone interview.

Being in N.L. has its advantages, Cowan said.

“In one (way), it’s lucky to be (on the East Coast) because the wave of viral illnesses generally peak earlier in the west and travel east,” she said. “So, we’ve seen … in other jurisdictions, the high numbers that are … out of line with other years that are coming through sick kids and now moving towards us.”

Although not necessarily for respiratory illnesses, the Janeway Children’s Hospital emergency room is seeing more kids than normal right now.

Though busy, the staff are managing well. Elective surgeries and clinics are still operating and there is still capacity on the floor, she said.

They’re also preparing for elevated numbers of kids with RSV and influenza.

“We have our surge plan mapped out,” Cowan said. “We’ll have triggers to escalate to manage increasing in numbers in acuity and we’ll have to adjust our services accordingly to meet the demand for this respiratory season.”

It’s business as usual right now at the Janeway, she said, and the administration and physicians are keeping a close eye on patient volumes and bed occupancy rates.

With the renewed fear of severe illness, so too come renewed calls from some members of the public for masking mandates from Public Health.

But as Chief Medical Officer of Health Dr. Janice Fitzgerald said in a media availability on Tuesday, Nov. 15, without a public health emergency in place, she can’t reinstate a special measures order.

And while she continues to recommend masking (as well as hand washing and keeping up to date on vaccinations, including the flu shot), even if she could mandate masks, right now, she wouldn’t.

But what about in schools, where these viruses might spread quickly throughout a young population?

“What we have to remember with these types of viruses is that you may reduce the risk of spread at the moment, but how long do you leave that kind of a mandate in place then becomes the question,” she said. “Because likely, if we still see things circulating, when you take away such a measure, then you’re going to see a surge in cases again.”

Despite childhood medications like Tylenol and Advil experiencing supply issues, that issue isn’t present at the hospital, Cowan said.

“From my knowledge, if families need some direction for management of fever, I think a good option would be to contact their pharmacy, because they do have some supply available and accessible at pharmacies," she says.

"And sometimes, depending on the age or weight of the child, can give direction to substitute in a non-liquid formulation that could be available.”

The following is advice from Robert Doyle, owner and pharmacist of Neighbourhood Pharamacy in St. John’s:

— If you can’t find over the counter medications for pain relief, saline nasal sprays or drops could help

— A seven- to 10-day antibiotic might be needed, however, Amoxil (amoxicillin, gold standard for treatment) is difficult to get currently due to shortages

— Drink plenty of fluids (to break up mucus)

— Talk to your pharmacist, nurse practitioner or call 811

The following are approaches that are unproven, but some say may help:

— Honey based products for soothing