Use Case: Breathing Games For Speech Therapy And Logopedics (From Bulgaria)

Posted by: admin Categories: Latest News Use Cases
Comments Off on Use Case: Breathing Games For Speech Therapy And Logopedics (From Bulgaria) 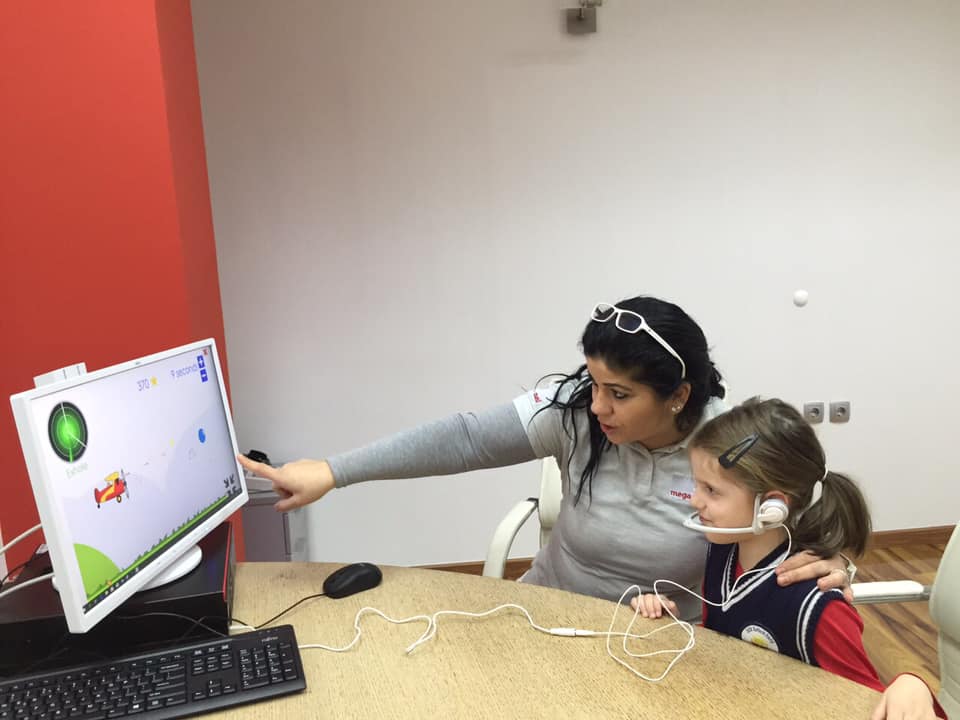 Breathing Games by Breathing Labs were used to help elementary school kids train vocalisation and speech. Kids attended therapy at Megalogomed logopedic centre two times a week for 30 minutes per session for a duration of 4 weeks and performed breathing exercises with breathing headset by breathing labs. After each use breathing headset was sanitized. Therapist assessed improvements in kids speech by testing their ability to pronounce. Kids reported enjoying exercise. Continuing is the interview with a therapist (practitioner):

Megalogomed center clients are kids with speech and behavior disorders ranging from 4 to 18 years old.

What was different now that you used breathing games?

Speech therapy very often uses breathing exercises as the main component of the treatment. Before Breathing Games children performed the breathing exercises but they quickly got bored as those are not interesting to them. With Breathing Games children exercise long enough to get the benefit from learning proper breathing biomechanics due to the gaming motivation element. It greatly facilitates the speech therapists’ job.

What was the hardest thing in this therapy?

The boredom in the kids and the difficulty to explain to them the proper breathing mechanics. Now with the feedback from the Breathing Games this is much easier.

What you think is the biggest benefit?

The ability to motivate the kids for regular breathing exercises as well as the ability to make vocalization training while exhaling with the games.

Would you suggest anything to users using breathing games at home for this use case?

Regular training with natural exhalation time without “pushing out” the breath with forceful exhalation. The breathing must be as natural as possible. Luckily the sensitivity of the Breathing Plus sensor is very high (although it should be adjusted on some Windows/Mac computers) and so the kids learn that forceful short-paced acts, such as forcefully blowing, will not get them good results, and instead teach them to achieve best results through slow and deep breathing.

Tags: breath breathing breathing exercise exercise
« BREAKING: Our product BREATHING+ has shown high reliability in diagnostic use compared to standard FEV1 test in a clinical report with an Impact Factor > 2.5
Can’t sleep because of anxiety? Try these 5 relaxing techniques »