Focus on stretching, breathing & be consistent with your practice: This International Yoga Day, begin your fitness journey

Posted by: admin Categories: ANXIETY MANAGEMENT
Comments Off on Focus on stretching, breathing & be consistent with your practice: This International Yoga Day, begin your fitness journey
From gaining better immunity to finding a suitable replacement to gym workouts, there are many reasons people have switched from other forms of workouts to practicing yoga or started their fitness routine with yoga in the last three years. But out of those, you would also find some who either ended up with an injury or who could not be consistent. Experts say that the reason behind this is that most people think that yoga can be easily practiced without an expert guidance at home and miss out on the basics. On International Yoga Day, experts suggest things that one should keep in mind before doing yoga or switching to yoga. 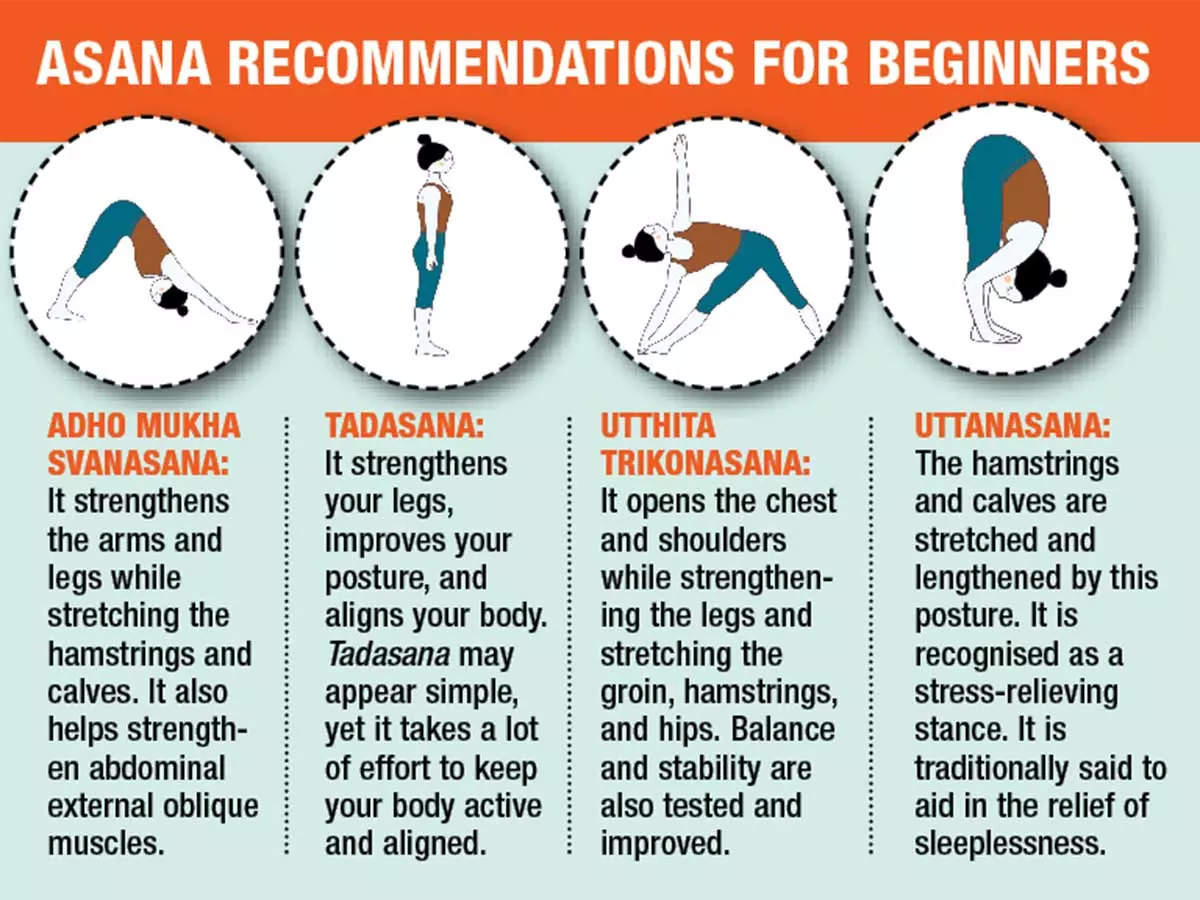 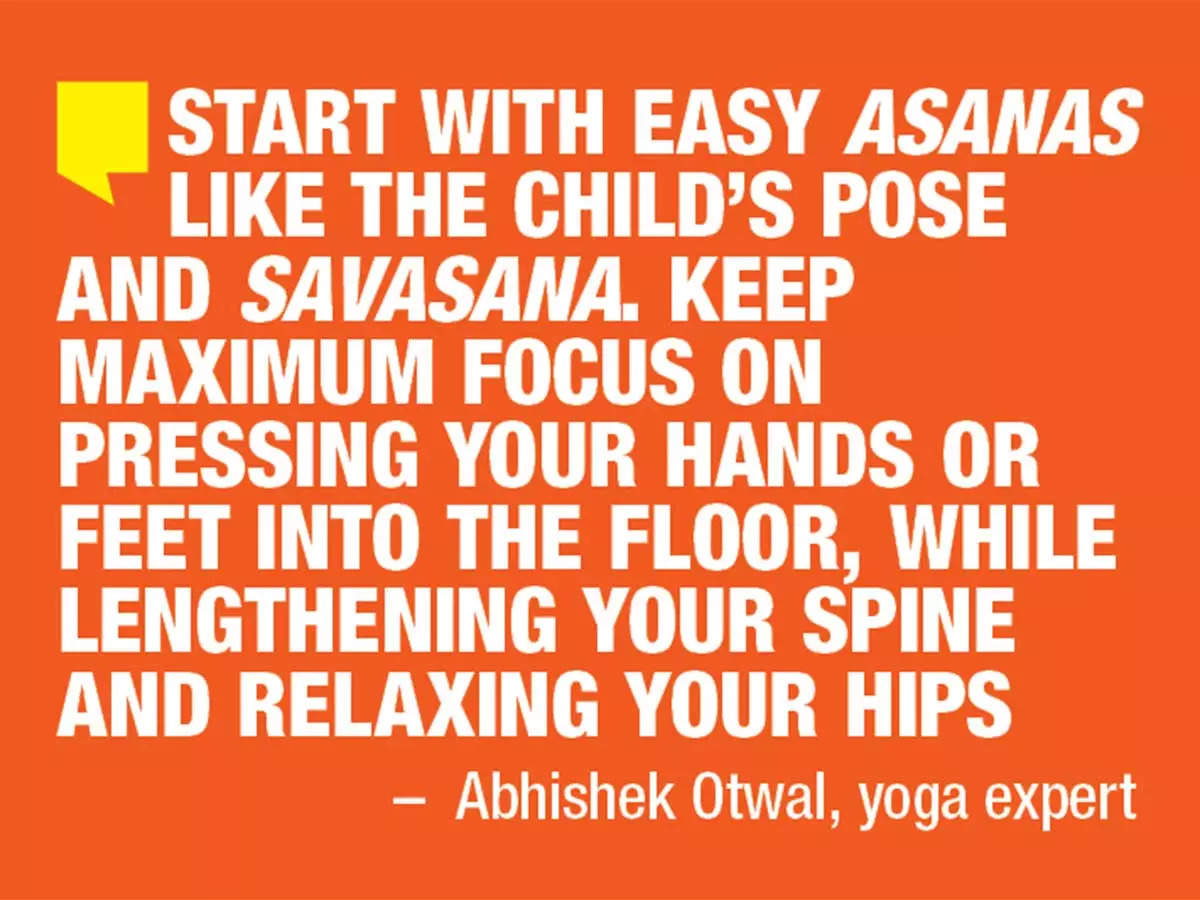 People often ignore the importance of warm-up in yoga. Abhishek Otwal, a yoga expert, advices, “Always start with a warm-up as it boosts the cardiovascular system slowly and increases blood flow while raising the body temperature. Warm-up exercises like rotating your neck, both clockwise and anticlockwise and pumping your shoulders helps in relieving stiffness and shrugs off the lethargy. Whenever you start practicing yoga, try to start with easy asanas such as child’s pose, and savasana. In each and every asana, try to keep maximum focus on pressing your hands or feet into the floor, lengthening your spine, and relaxing your hips.” Supermodel and certified yoga practitioner Amit Ranjan adds, “One must first understand movement and stillness in yoga. Also, discipline and consistency is key.” 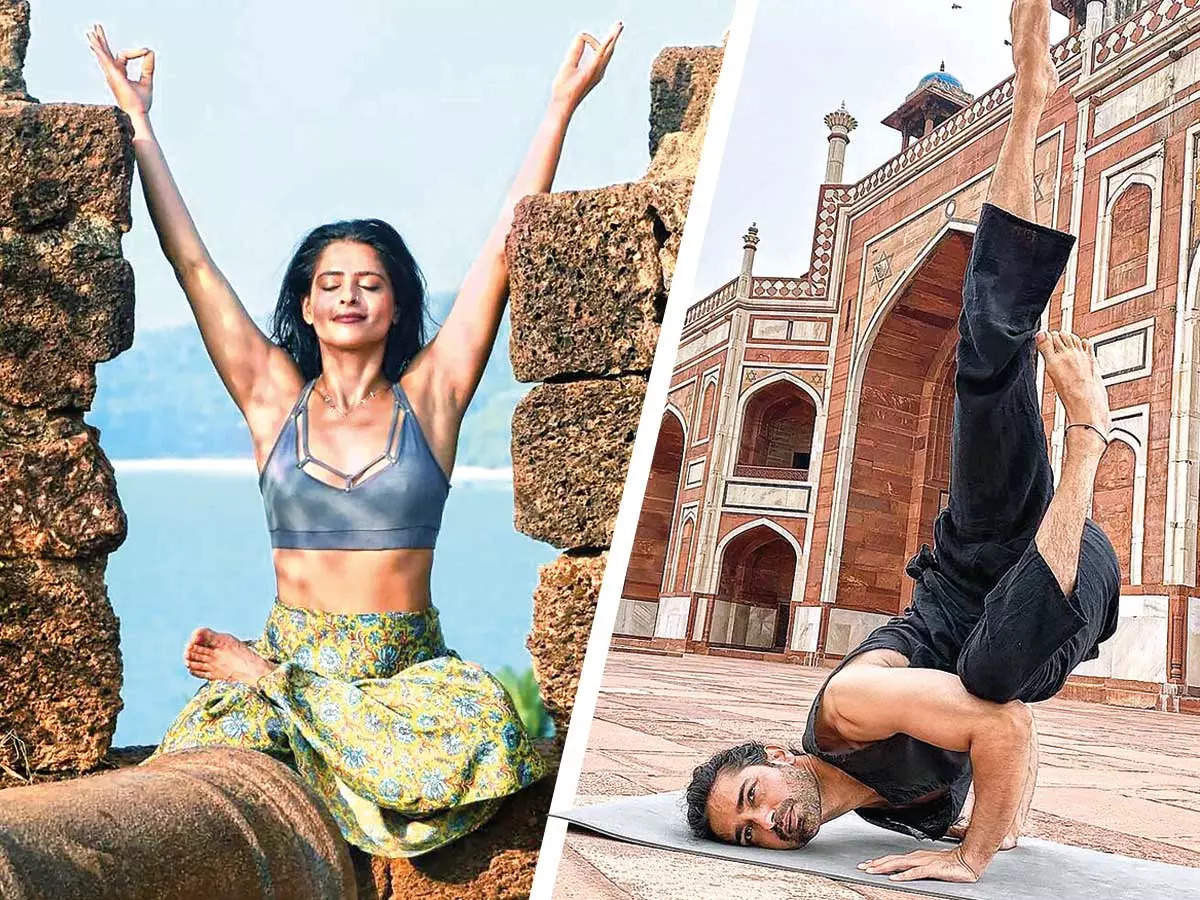 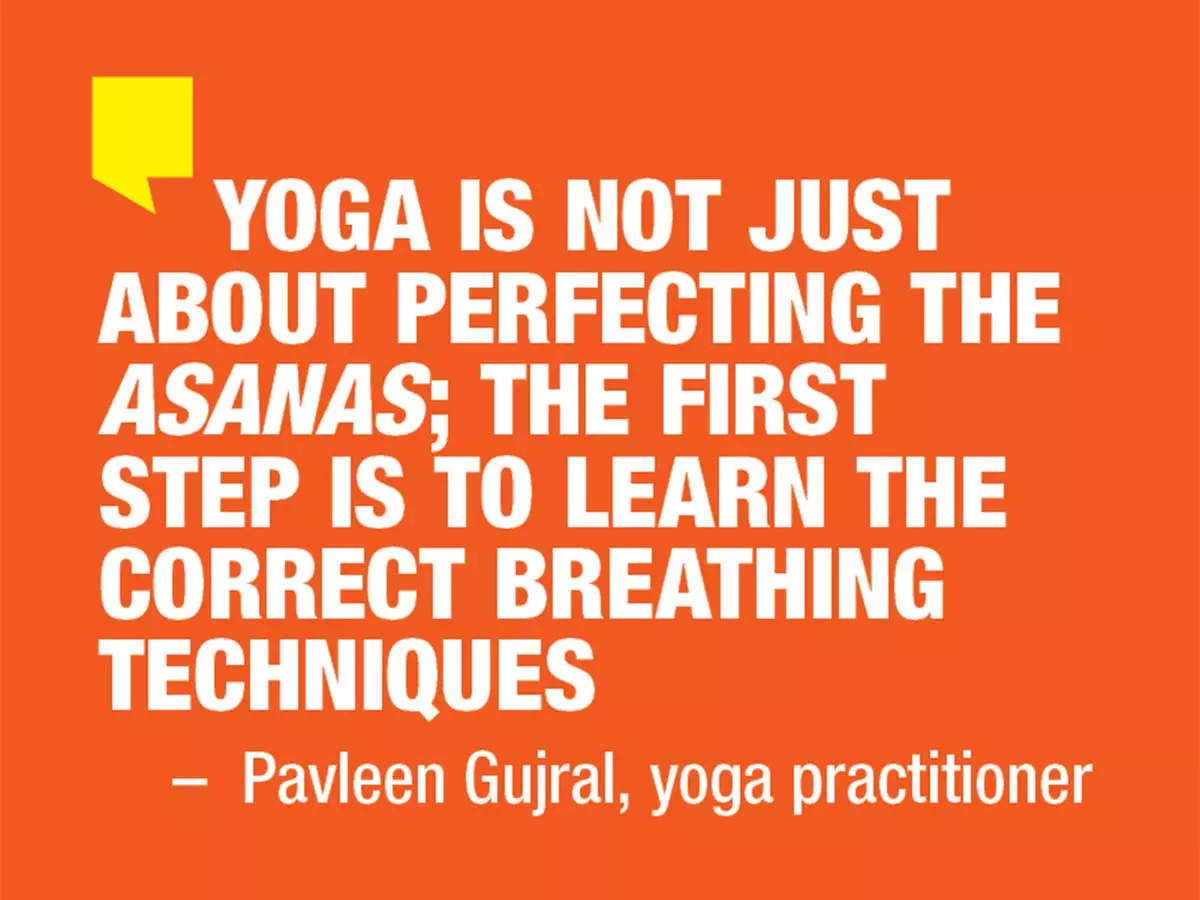 ‘Train with experts, use props’

Sunaina Rekhi, yoga expert and yoga representative for the UN, says, “Correct alignment under the guidance of an experienced teacher is essential to create a stable foundation for safe practice and to reduce the risk of injury. While you might not feel a sudden, sharp pain from doing a certain pose out of alignment, many yoga injuries are cumulative, accruing little by little. Hence, it’s important to seek guidance from an expert to establish optimal alignment as early in your practice as possible.” She adds, “Yoga props like blocks, straps, belts, etc support, enhance and deepen the practice.” Rajeev Rajesh, chief yoga officer at a yoga institute, adds, “Avoid doing yoga on a full stomach, as it makes it difficult to perform forward bends or twists. Also, the most common mistake is staying inconsistent with your practice. It reduces the useful effects of yoga on the mind, body and soul.” 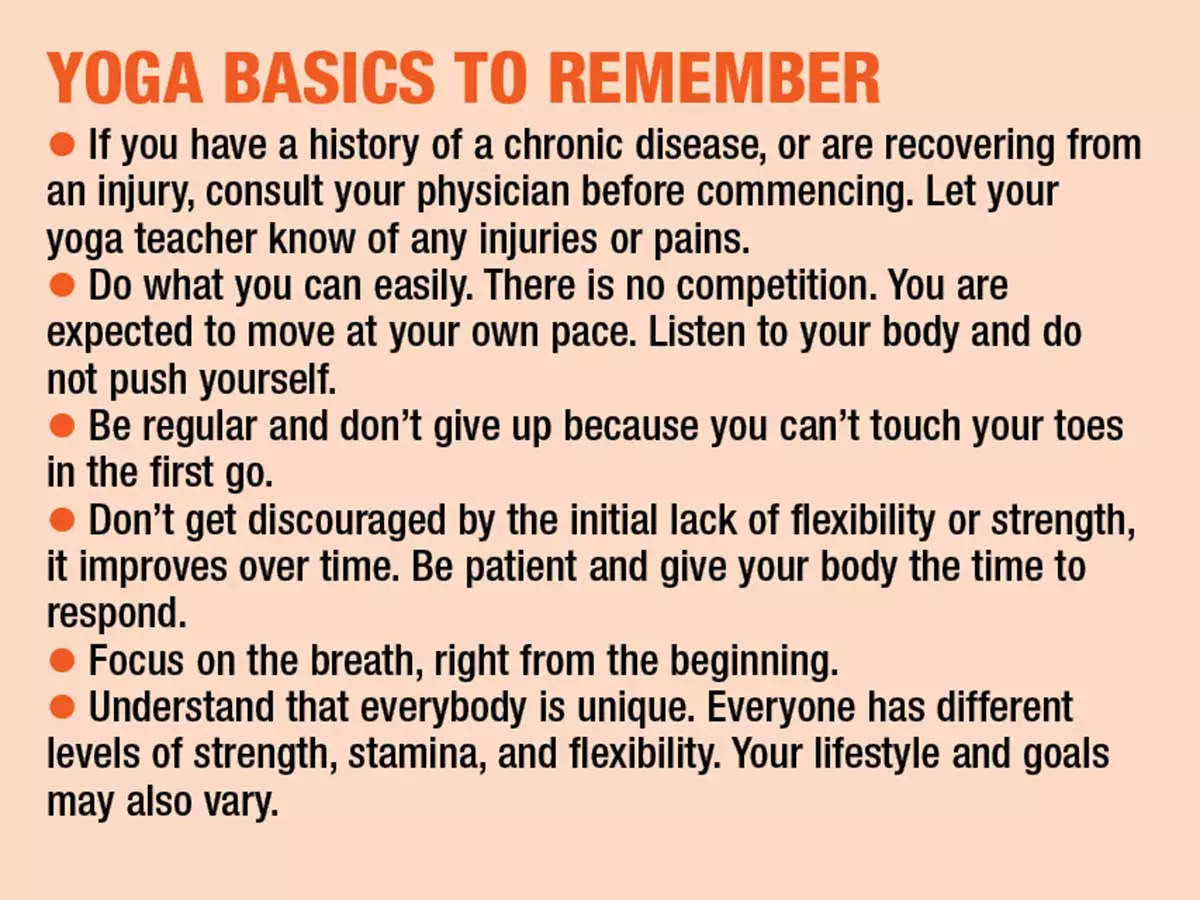 While one may get inspired by celeb yoga routines or influencers’ impressive yoga shoots on social media, yoga practitioners say that it is important to focus on breathing techniques first rather than trying to learn asanas. “Breathing plays an important role in yoga. Breathe into your whole body during the poses, and try to relax,” says yoga expert Abhishek Otwal. “Yoga is not just about perfecting the asanas; the first step is to learn the correct breathing techniques. Start with asanas like anulom vilom, kapalbhati, etc, then you can move to the downward pose and cat pose, and gradually move to the difficult ones like chakrasana. Keep a note of your breathing – when to inhale and exhale. Even surya namaskars should be done while focus - sing on your breath. Holding the posture is more important than doing the final posture,” says actor and yoga practitioner Pavleen Gujral, stressing that one should start learning only under expert guidance.