Dogs can smell when a person is feeling stressed and could be trained to ward off panic attacks, a study suggests.

The research sheds light on the canine ability to pick up on human emotions. It was known that dogs can detect distress in humans, yet exactly how they do so was not clear.

The new study appears to pin down the role played by odour, showing that dogs can detect the smell that humans emit as anxiety levels rise. 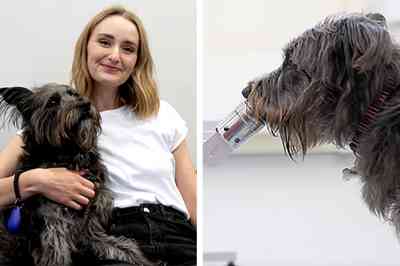 Clara Wilson, with Soot, who was one of the four dogs used in the study that were able to identify the odour of stress

Researchers believe that this could allow dogs to be trained more effectively to help people with conditions such as anxiety or post-traumatic stress disorder, which can involve panic attacks and flashbacks.

Tags: ANXIETY panic attacks STRESS
« Tap Into the Power of Breath Work
Parents of baby who tried to breathe after she was pronounced dead lose lawsuit »