(ThyBlackMan.com) Stress is one of those things that will take you out if it’s not managed or addressed. The thing about stress is that it doesn’t just come out of nowhere but it can manifest is so many different ways, it’s ridiculous. Here are 10 things you can do to get your stress under control.

Trust me when I say one of these methods alone might not do the job and you might need to put two or more into your life. Also, it really depends on if the root of your stress is “passive” like work and family commitments or “active” such as toxic people in your life.

Sometimes money can be the root of your stress. Maybe you’re spending too much of it and it’s got you worried. You know what’s free? Meditation. You don’t have to pay X amount to sit quietly with your eyes closed and clear your mind. There are no taxes for collecting yourself in silence.

It won’t solve the root of your stress but meditation along with breathing will help you gather yourself. It can also give you the time to clearly figure out what the root of your stress is and hold to handle it. Meditation should be the base for most of these methods and it should be kept on the bench for when you need it since it really requires nothing but a space and time alone. 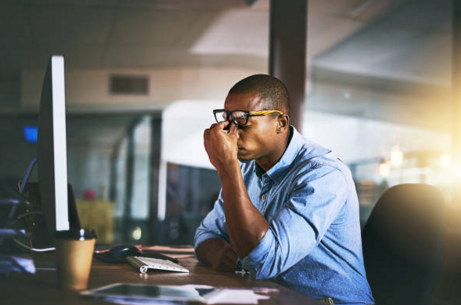 Go For A Run or A Walk

Again, this is mostly free depending on if you need a specific set of clothes for your run or walk. This is like “moving meditation” because sometimes, depending on how busy your home life is, you might not be able to get alone time to think or clear your mind. Leaving the house or wherever entirely for an hour or so will help and sometimes it’s a good idea to get some fresh air.

There are several articles on the site that you can do for physical health, but exercise is also great for mental and emotional health. Working out can take your mind of your worries, give you time to think them through, or it might be the answer to your stress if the roots are health related.

It’s mostly legal in the U.S and comes in edibles, cigarette form without tobacco, ready to vape, and so on. CBD helps a ton with stress without giving the sensation of being high—if you’re not into that. I’d say CBD is weed for when you want to lower your stress or chill out but still be something resembling productive.

Hit Up Your Favorite Place to Eat

It’s even worse when you’re showing no progress even though it’s a process you put time into. Just saying “F*** it” will come off as quitting but it’s only quitting if you decide to stop exercising all together. You’ll have to accept the consequences of smashing the grill and eating all of the cakes but food is happiness most of the time.

Relax With Your Hobbies

If you enjoy reading, writing, fishing, listening to podcasts, playing the game, watching films—whatever it is? Do it. Is it productive? Often times it’s not. It’s a distraction from your problems which aggravate stress. If you veg out on YouTube or Netflix or throw yourself into your writing or your favorite video game, you’re putting whatever it is that’s bothering you on the back burner for a moment.

Mind you, that’s time that could be better spent figuring out how to deal with it and sometimes you can do that depending on the hobby. If you don’t have a hobby, discover one. You don’t want to be left with your thoughts and stress with nothing to draw your attention from them unless you plan on figuring out a way to deal with your problems.

Sometimes, that’s just not always the goal of dealing with stress. There are times when you just want to reduce it in the meantime because the root of it will be a bigger job you just don’t have time for at the moment.

Streamline Your Work and Chores

If work is the root of your stress and you can’t just up and quit it, you’ll need to make a plan on how you carry out your work. Then make it routine—execute it. Get into a flow and don’t deviate from that no matter what. Well unless the store, restaurant, or whatever business catches fire. I mean, you have to get out of there, right?

The main thing is to streamline your job to make it easier for you to do while getting the job done or getting the end results. Sometimes, the way folks have always done it is the worst way to do it.

This also applies to dealing with tasks at home. Make a list, set up some plans, and carry it out. The thing here is that this is your home. So, you can run through anyone who tries to throw your plan off. With gusto. Does this make you a bully or something? It really depends on if they’re hindering you from making things easier at home or interfering with your plan.

This is something of a part two to “Streamline Your Work and Chores”. I’m someone who never shares their plans if it’s something important. I always keep them to myself because I have this perfectly rational fear that by putting it in the air someone will come along and mess it up. There’s bad news, there’s some expense that wasn’t there before, someone needs my time for a project or venture that wasn’t ran by me earlier.

So, what you do is make your list, make your plan—just like above and stick to it. No matter what, follow through with it regardless of what’s going on around you. Also, don’t share it with anyone. It your plans are found out, no matter how minor and you’ve already considered other stuff around it, someone will throw something else into the works.

It never fails. I mildly condone lying and lie as a soft plan B but if anyone asks what you’re doing, give them some bull. Don’t compromise your plan by filling them in. Also, don’t accept their suggestions, don’t ask for them—cut them off if it seems like they’re going to give you one. You already set this up.

Get Rid of People Who Stress You Out

This is easier said than done because some folks who stress you out are friends and family. You can out and out cut them off and go through the whole discussing it with them. Letting them know why they’re being cut off or that you feel they’re toxic, a hard downer, or stressing you out. People want that closure and all that jazz.

On the flipside—and there’s a movement against it—just cut them all the way off. No conversation, no closure, none of that. If they’re making you that miserable and they’re not aware that it’s affecting you too and appreciating that you’re going through it with them: drop them. They don’t deserve closure but you deserve peace.

Surround Yourself With People Who Lift You Up

Just like there are friends and family that really bum you out, you might have a few that are just pleasure to be around. Surround yourself with them or meet some new friends. Good people and good vibes reduce stress more than just being in the valley and stewing in just being…miserable and bitter.

That said, sometimes you can help being stuck in that valley. If that’s the case, make sure you don’t drag anyone with you with nothing to offer. Misery loves company but sometimes it turns into a hostage situation. Ultimately, you want to chill out with like-minded people who aren’t stressing you out with their drama. People who encourage you to do better.

If you’re around those people, don’t be the person who stresses others out.

This talented writer is also a podcast host, and comic book fan who loves all things old school. One may also find him on Twitter at; metalswift.