PM Narendra Modi’s mother’s health improving, might get discharged from the hospital in a day or two

Posted by: admin Categories: SPORTS & ATHLETICS
Comments Off on PM Narendra Modi’s mother’s health improving, might get discharged from the hospital in a day or two 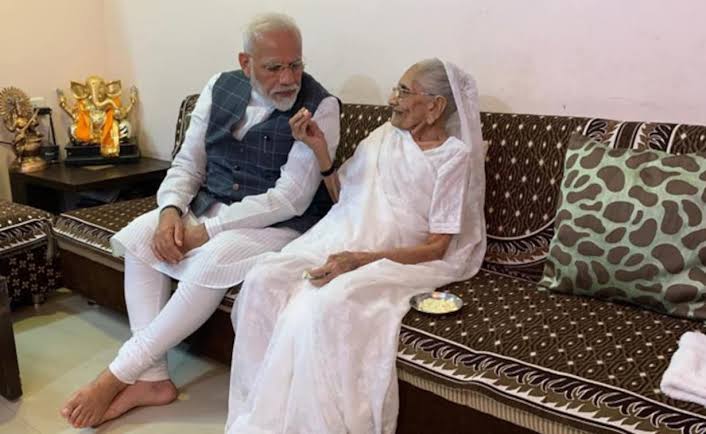 The health of Heera Ben, the mother of PM Modi admitted in the hospital, is continuously improving. According to the information given by the Chief Minister's Office of Gujarat, she will be discharged from the hospital in a day or two. According to the doctors – she is now being given oral diet. On Wednesday, PM Modi had reached UN Mehta Hospital in Ahmedabad, where Hira Ben is admitted, to inquire about his mother's health. PM Modi stayed here for about one and a half hours.
According to sources - he was admitted to the hospital after having trouble breathing and blood pressure. On Tuesday itself, PM Modi's brother Prahlad Modi was slightly injured in a road accident near Mysore. His wife, daughter and daughter-in-law were also with him. According to the information - he has been admitted to JS Hospital in Mysore.

All over the country, PM Modi's mother is being wished for a speedy recovery. People performed Havan Yajna and wished Heera Ba's long life and good health with chanting in Varanasi.