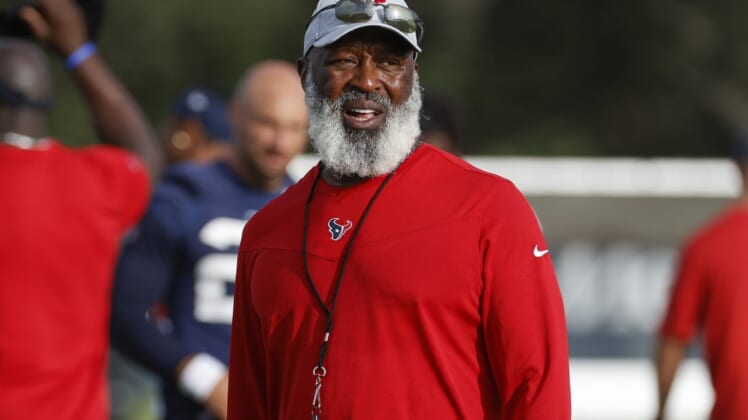 When the Houston Texans report to training camp Tuesday, they may be forgiven for breathing a sigh of relief, regardless of how their 2022 season turns out.

The team not only managed to turn the page on the controversial Deshaun Watson era, it also netted a king’s ransom in return, setting the team up to rebound quicker than observers might normally expect when discarding a franchise QB.

This is a rebuilding situation, and that’s not the worst idea in the world for a team fresh off a pair of four-win seasons. Watson is the biggest headline grabber, but the team also let Justin Reid leave for Kansas City and top backup passer Tyrod Taylor leave for New York. The Texans will rally around second-year quarterback Davis Mills and a strong rookie class, which has the potential to build the foundation for this franchise for the next decade. Derek Stingley Jr., Kenyon Green, Jalen Pitre and John Mitchie III are all names to watch in particular.

Brandin Cooks has been the subject of trade rumors and will likely continue to be so, but he’s an asset on the field until that happens. The same is true of returnees Laremy Tunsil, Eric Murray and Maliek Collins. Again, this team is in a rebuild. But the talent level is rising, the team has turned the page on the Watson chapter and there are lots of reasons for optimism as a new training camp opens.

–A MANAGEABLE SCHEDULE?
A pair of games against the more hapless Jacksonville Jaguars are on the docket, as are games against losing squads Denver, Chicago, the New York Giants, Washington and Cleveland. With a few sportsbooks setting the over/under at 3.5, the over really doesn’t look unreasonable for a team that has won four games each of the last two seasons.