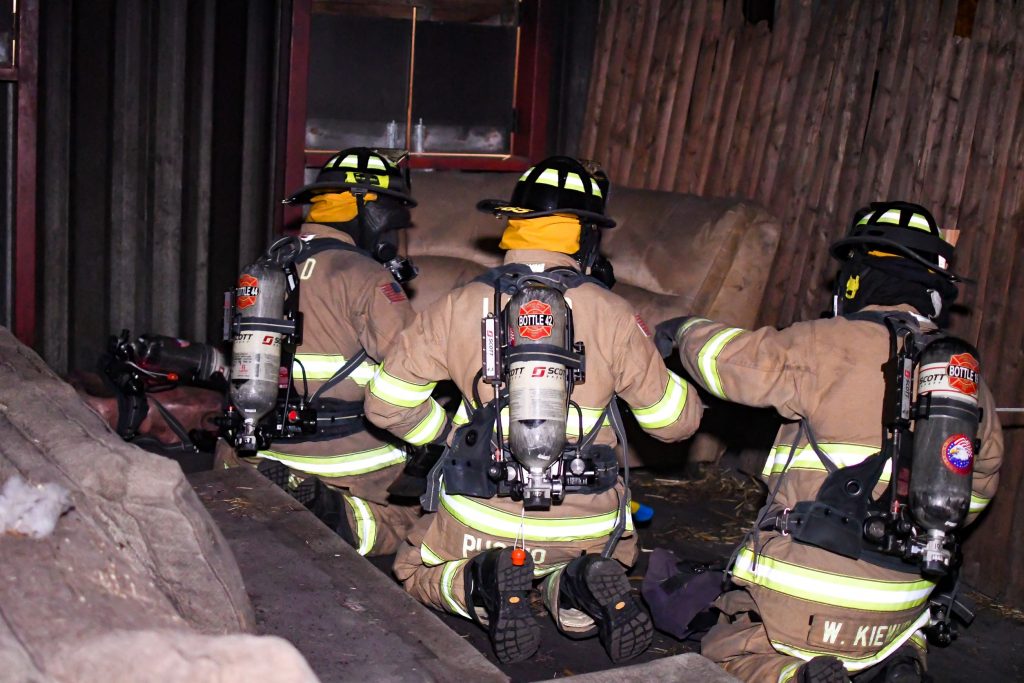 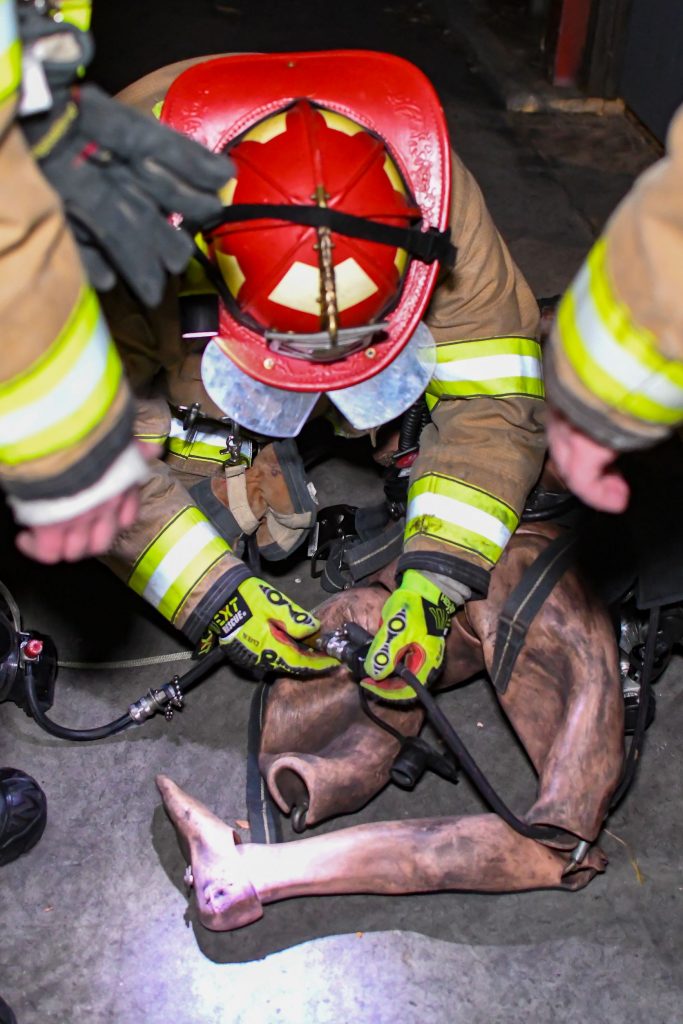 A volunteer hooks up a breathing apparatus to a victim dummy during a drill, which isn't the easiest task to do with thick, heavy gloves on. PHOTO COURTESY OF THE COMMUNICATION SOLUTIONS GROUP 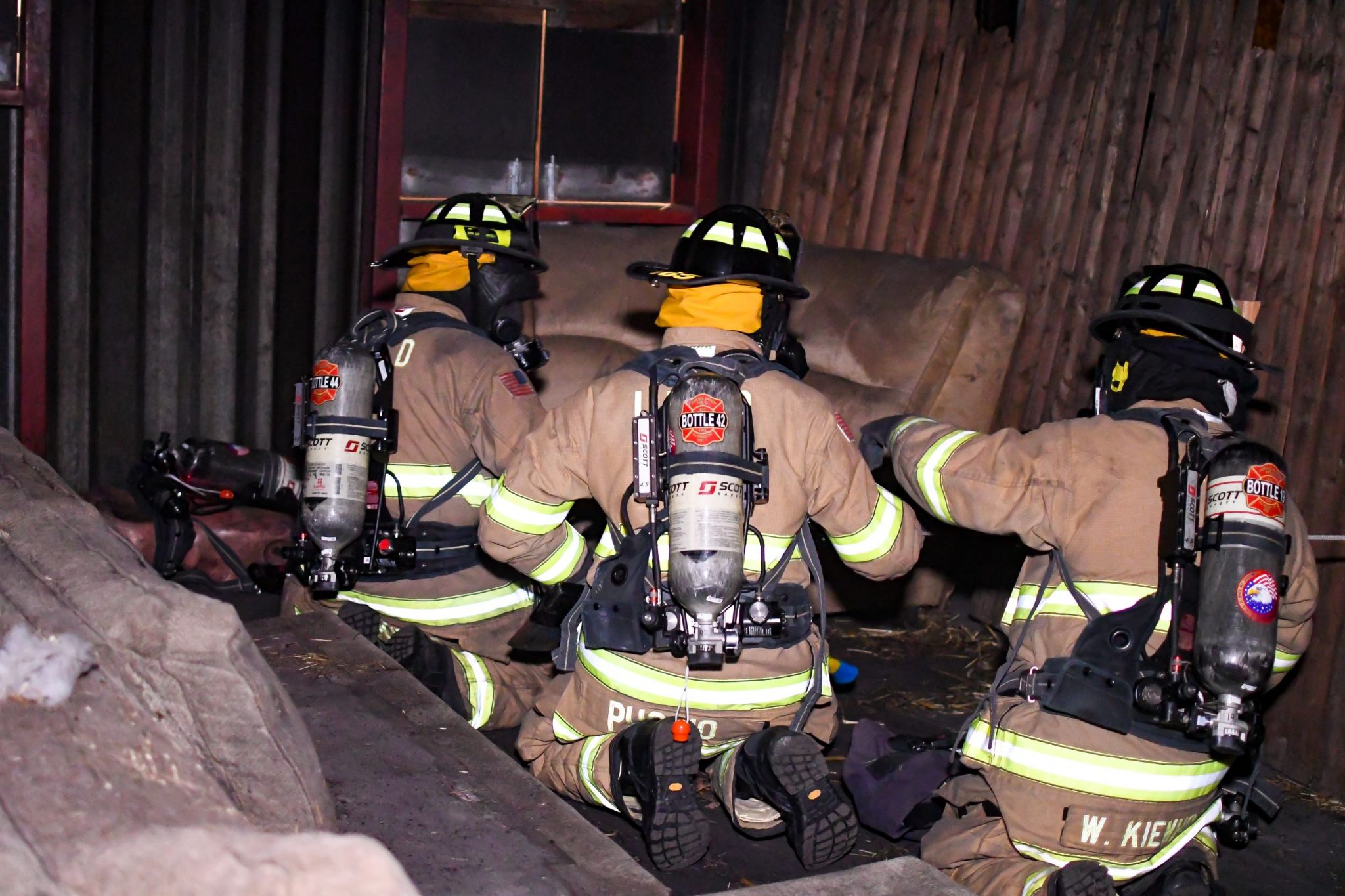 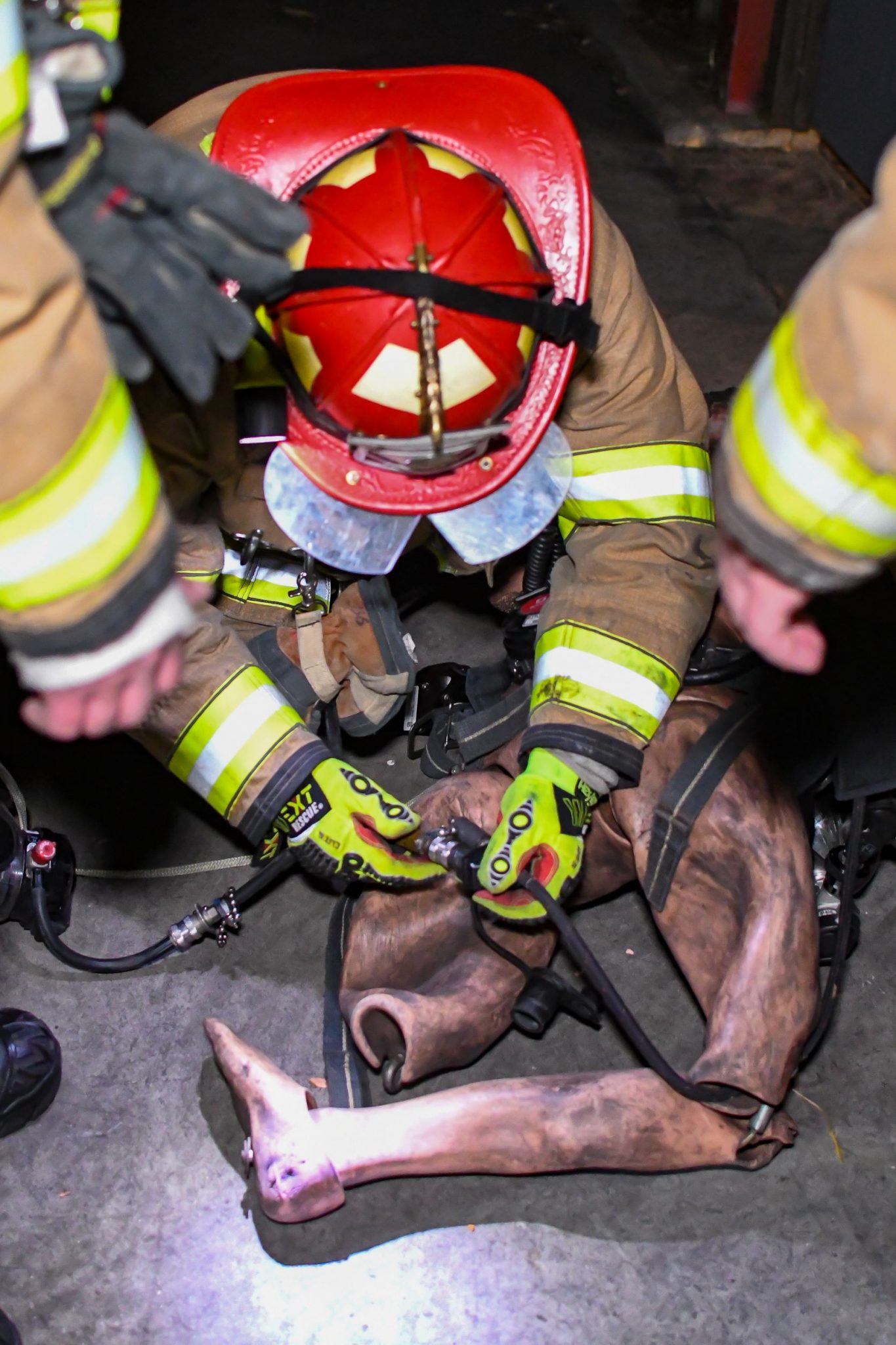 A volunteer hooks up a breathing apparatus to a victim dummy during a drill, which isn't the easiest task to do with thick, heavy gloves on. PHOTO COURTESY OF THE COMMUNICATION SOLUTIONS GROUP

Drill nights bring the volunteer firefighters of Laurence Harbor Fire Department together for training and refresher courses. The group will practice their craft and discuss what to do in specific scenarios, all with the goal of becoming proficient and prepared for any situation that arises.

Laurence Harbor held a mandatory Self Contained Breather Apparatus (SCBA) refresher training in March. They simulated Firefighter Assist and Search Team (FAST) and Rapid Intervention Team (RIT) drills. All volunteers had their face masks blacked out with wax paper to simulate the vision struggles of an actual fire call. The drills require the volunteer firefighters to get to a “downed firefighter” (a dummy), hook up a breathing apparatus, and drag them out to safety.

“When we have a confirmed structure fire, we call for a RIT or a FAST team to be on standby outside the building in case one of our firefighters gets hurt or can’t get out,” Laurence Harbor Fire Chief Brian Stitzel said.

Stitzel and his training officer, Bill Naused, explained the task at hand to his team. Naused conducted a walkthrough on how to use the necessary equipment. Stitzel reminded his team to use search ropes inside the building and tie relay knots approximately every 20 feet.

“We get a game plan together, explain to all the members what we’re doing, what our tasks are, and what’s expected,” said Stitzel.

While a drill will never fully prepare firefighters for actual fire and real-life scenarios, it’s vital to be prepared for every possible scenario, and that proficiency comes through practice.

“Let’s hope we never have to, but it’s something you need to get familiar with,” Stitzel explained to his team shortly before the drills began. “It’s not a race. Let’s do it right and do it safely.”

“You won’t know the layout of the building or how many victims are inside,” Mui said. “Always expect the unexpected.”

One of the focuses of this particular drill for Stitzel and his officers was how his team hooked up the breathing apparatus with their thick, heavy gloves.

Stitzel and officers will discuss aspects of the training that went well and build a plan to address areas that need improvement in future training sessions.

Drills nights such as the SCBA refresher usually take place once a month on Tuesdays, which is Laurence Harbor’s firehouse night. Past action drills have included live burning and water rescue training.

Firehouse nights usually consist of meetings, firehouse maintenance, or a tabletop discussion on how to respond in a specific scenario. Through firehouse nights, the volunteers establish more than just proficiency in firefighting skills and knowledge — they develop teamwork and camaraderie.

Tim Moley has been with the department for seven months. He says that he’s settled in well and that his fellow volunteer firefighters feel like family.

“Being a volunteer firefighter has been a pretty good experience so far,” Moley said. “It’s made me a better person and helped expand my skillset.”

Also in attendance was retired former Laurence Harbor Chief Lee Wurst, who often stops by training sessions to give the young firefighters some advice and catch up with his longtime firefighting family.

“I’m just here to watch and help the young volunteers,” he explained. “I served with some of the older guys as well as some of the younger guys’ fathers.”

After the March training session concluded, the volunteers went back to the firehouse and enjoyed light-hearted conversation and laughter over pizza. Many of the volunteers worked their full-time job earlier that day and the following day, but still found some time to bond before heading home for the night.

“We’re very big on camaraderie at the firehouse,” Stitzel said. “This is our second family.”

Laurence Harbor Fire Department is seeking individuals to join as volunteer firefighters. Volunteers can expect to participate in training sessions and contribute to administrative duties across the department. Visit lhfd1.com to learn more and complete an inquiry form.