Posted by: admin Categories: SPORTS & ATHLETICS
Comments Off on A look back at all of Aimee and Jayden’s funniest moments on Beauty and the Geek 2022

They were undoubtedly Beauty and the Geek's quirkiest match. Aimee and Jayden were two peas in a pod from the get go.

While the pair were sadly sent home after going up against Emily and Jason in Sophie's elimination quiz, it's safe to say they made the most of their time on the show.

From karate kicks to spontaneous kisses, let's take let's take a look back at all of Aimee and Jayden's funniest moments on Beauty and the Geek. You can watch them all in the video above.

Catch up on the latest episodes of Beauty and the Geek on 9Now.

First up, how could you ever forget Aimee's unusual breathing exercises?

The Beauty was showing Jayden what was supposed to be a form of meditation but the practice seemed more disruptive than relaxing.

There was also that time Aimee told Jayden her deepest darkest secret.

"No one knows this about me, so it's like a massive secret," Aimee took the Geek aside.

"I got held back a grade in prep," she confessed to Jayden.

Their first kiss was another unforgettable and hilarious moment. During the Photoshoot Challenge, the pair were getting up close and personal striking different poses.

Aimee decided to really put Jayden to the test when she suggested that they kiss for the cameras. "Should we go in for the kiss?" she asked.

Jayden was stunned and admitted he'd never been kissed before, but mustered up the courage to make a move.

"This is my first kiss and I was just like, 'Oh my god'," Jayden confessed.

"I think it was a good kiss for Jayden, but my lips are made out of silicone so I wouldn't know what it's like kissing me" Aimee told the cameras.

After winning the Photoshoot Challenge, Aimee and Jayden were sent on their first date.

Jayden – a Martial Arts expert – decided to teach his Beauty a few karate moves. The encounter provided lots of laughs for Aimee and Jayden and viewers at home.

Things didn't get off to a great start. Jayden discovered that a bird had defaecated on the change of clothes he brought for Aimee.

Regardless, they went ahead with the lesson although Aimee was lacking a little in the coordination department.

RECAP: Bri opens up about a heartbreaking pain from her past while Michael is eager to redeem himself on

Later on when Sophie Monk asked her how the date went, Aimee said it was "great".

"Now I know how to defend myself in a shopping centre," she said. 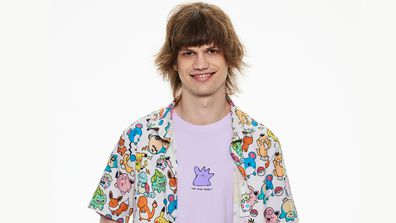 While the pair are masters at karate, they learned they're certainly not experts when it comes to flying planes.

During the Flight Simulator Challenge, the couple were tasked with landing a plane.

While Jayden did his best to take the challenge seriously, Aimee was, well, less focused.

The Beauty was overwhelmed by all the buttons and gears on the switchboard and Jayden couldn't act in time to save the plane from crashing.

"Oh no we just crashed the plane," the Beauty announced.

"I'm happy to say we only destroyed three houses, 12 trees and I'm sure we didn't hit a park full of kids because we didn't hear any crunching or screaming in agony," Jayden assured the camera.

Aimee thought it would be best to compensate the passengers by giving them complementary snacks. 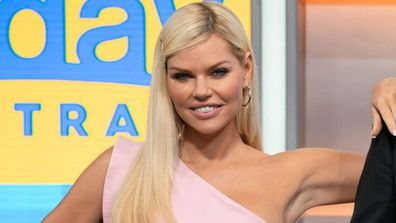 The horoscopes of every Beauty and the Geek contestant this year

What their zodiac says about them.