Posted by: admin Categories: PULMONARY DISEASES
Comments Off on Test that ‘goes fishing’ for respiratory viruses delivers accurate results in just one hour!

CAMBRIDGE, United Kingdom — Many respiratory viruses can look almost identical in their symptoms but require different treatments to address the root cause. Now, University of Cambridge researchers have developed a new test that uses DNA as “bait” to test for multiple viruses at once — while producing accurate results within an hour. Essentially, scientists are “fishing” for respiratory illnesses.

“Many respiratory viruses have similar symptoms but require different treatments: we wanted to see if we could search for multiple viruses in parallel,” says study first author Filip Bošković from Cambridge’s Cavendish Laboratory in a university release. “According to the World Health Organization, respiratory viruses are the cause of death for 20% of children who die under the age of five. If you could come up with a test that could detect multiple viruses quickly and accurately, it could make a huge difference.”

Bošković not only has a scientific interest in this area, but a personal experience that keeps him motivated as well. When he was a child, he was hospitalized for nearly a month due to high fever. Doctors were perplexed and couldn’t figure out the exact cause of his illness until a PCR test became available.

“Good diagnostics are the key to good treatments,” the researcher explains. “People show up at hospital in need of treatment and they might be carrying multiple different viruses, but unless you can discriminate between different viruses, there is a risk patients could receive incorrect treatment.”

Standard PCR tests can be too slow

While PCR tests are incredibly useful, as seen with the COVID-19 pandemic, they require a piece of a patient’s genome to be copied millions of times. This can take several hours to generate results. The Cambridge researchers aimed to develop a sensitive and accurate test that can use RNA for viral detection, bypassing the need for genome copying all together.

To do this, they based their test on structures built from double-stranded DNA with overhanging single strands that act as “bait” in their fishing test. The bait is programmed to actively “fish” or seek out specific regions in the RNA of target viruses before the nanobaits are passed through small holes called nanopores. These holes take molecular structures and convert them into digital information within milliseconds. Through each nanobait, the target virus or its variant can be discovered.

The team showed that the test can easily distinguish viral variants, even the ones that cause COVID-19 infection, with nearly 100 percent accuracy. This is very promising work, and a patent has already been filed by Cambridge Enterprise, the University’s commercialization arm. Study co-author Professor Ulrich Keyser has co-founded a company, Cambridge Nucleomics, which focuses on RNA detection with single-molecule precision.

“This work elegantly uses new technology to solve multiple current limitations in one go,” says co-author Professor Stephen Baker, from the Cambridge Institute of Therapeutic Immunology and Infectious Disease. “One of the things we struggle with most is the rapid and accurate identification of the organisms causing the infection. This technology is a potential game changer; a rapid, low-cost diagnostic platform that is simple and can be used anywhere on any sample.”

The findings are published in the journal Nature Nanotechnology. 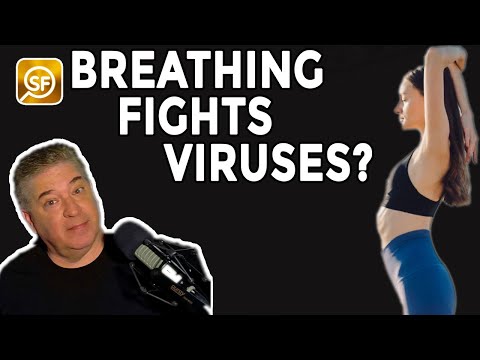 Tags: covid19 respiratory
« Is human hibernation the key to a manned mission to Mars?
Dealing With Anxiety Disorder? Here’s How to Cope »