Discovery of New Lung Cell Could Lead to Breakthroughs in COPD

Posted by: admin Categories: PULMONARY DISEASES
Comments Off on Discovery of New Lung Cell Could Lead to Breakthroughs in COPD 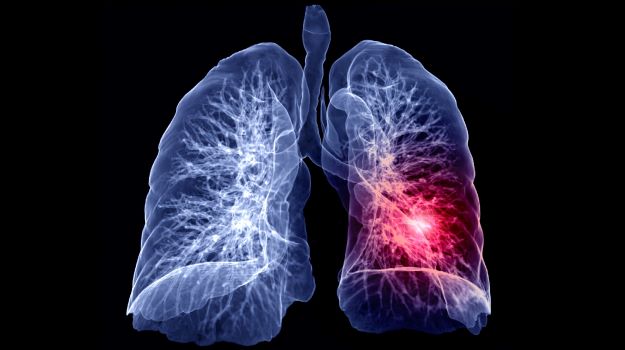 An article published in Nature is sure to ripple through the scientific and medical community, as anatomical discoveries often do. Researchers at the Perelman School of Medicine at the University of Pennsylvania have discovered a novel type of cell buried in healthy human lung tissue. The cells have been given a new name, respiratory airway secretory (RAS) cells, to describe one of the unique roles that they fulfill.

The revelation was made when the team at Perelman looked for an alternative model to the typical mouse lung, to better understand the anatomical nuances of lung bronchioles, and further expand their understanding of conditions affecting the lungs. While markedly similar, the mouse lung anatomy is a small-scale model riddled with differences from the human lung. Thus, respiratory anatomy could not be completely mapped. The move to refocus on donated healthy human tissue proved to be key.

Given the namesake, it is easy to discern that researchers have discovered that the cells secrete a fluid that is critical for lung cell maintenance. The fluid coats the bronchial lining, increasing the efficiency of the delicate airways that transmit air to the lungs. Additionally, RAS cells appear as undifferentiated, progenitor cells that can specialize into alveolar type 2 cells through the notch and Wnt signaling pathway when necessary. Alveolar type 2 cells are essential for protecting and repairing alveolar cells, which expand the surface area available for gas exchange.

To explore the ways in which RAS cell understanding can be applied, the research expanded to those diagnosed with chronic obstructive pulmonary disease (COPD). The disease inflames and impairs the lungs and airways surrounding the lungs, leaving a patient unable to breathe properly. A COPD diagnosis could later turn into an emphysema diagnosis, with anti-inflammatory drugs the only option available to mitigate symptoms.

Researchers suspect that, compared with healthy lung tissue, the lungs of a COPD patient will have damaged RAS cells. If correct, the damage can be examined it relates to RAS cell functionality, enabling research that could lead to groundbreaking treatments. Understanding the restorative abilities of RAS cells could lead to reversing inflammatory damage or death of alveoli cells contributing to COPD progression.

One of the article’s authors and a professor at Perelman, Edward E. Morrisey describes the novel terminology gifted to the cells:

“RAS cells are what we've termed facultative progenitors, which means they act as both progenitor cells and also have important functional roles in maintaining airway health.”

Data from 1999 to 2019 presented by the U.S. Centers for Disease Control and Prevention indicates that, in both male and female populations, deaths attributed to COPD are on a downward trend. This may be a result of widespread understanding that smoking diminishes health, whereas cardiovascular activities maintain respiratory strength.

The presence of RAS cells has been seen in mammals as small as ferrets, but further research must be done to know how many species have these fascinating cells. The scientific community is sure to pounce on novel research opportunities that utilize the regeneration observed in RAS cells, while the medical community and COPD patients have been issued a strong dose of hope.