A team of scientists from Frankfurt, Germany, has recently explored the efficacy of vaccine- or infection-induced antibodies and therapeutic monoclonal antibodies in neutralizing kappa and delta variants of severe acute respiratory syndrome coronavirus 2 (SARS-CoV-2). The findings reveal that the delta variant is more resistant to antibody-mediated neutralization than the kappa variant. The study is currently available on the medRxiv* preprint server. 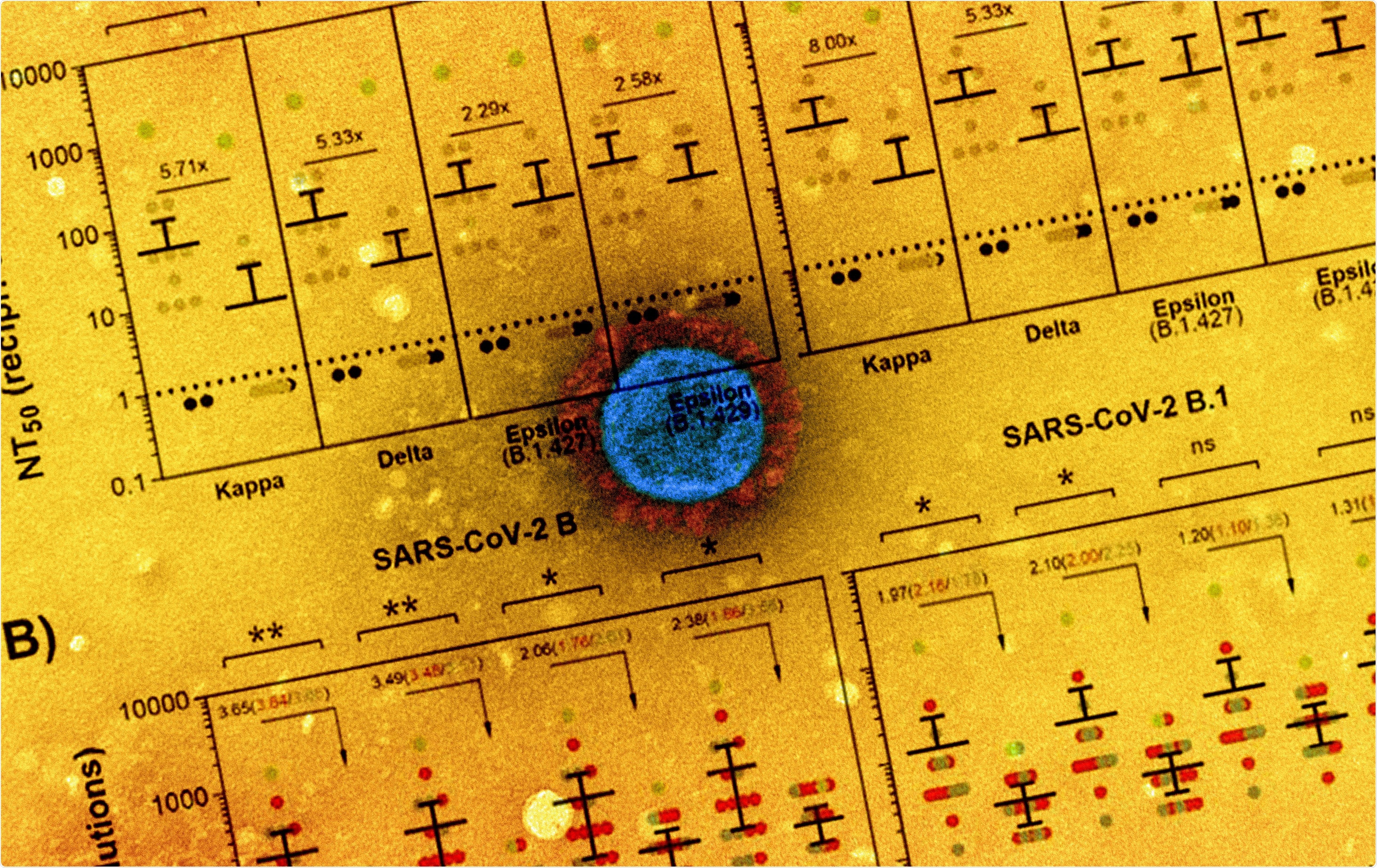 The immunogenic potency of SARS-CoV-2 can be altered by the emergence of mutations in major immunogenic components, including the spike protein. Since the current generation of coronavirus disease 2019 (COVID-19) vaccines and therapeutic antibodies have been developed against the original Wuhan strain, mutation-induced structural changes in the spike proteins of emerging variants can potentially alter their susceptibility to antibody-mediated neutralization.

Soon after its first detection in India during the second wave of the pandemic, the delta variant (B.1.617.2) of SARS-CoV-2 became dominant across the globe. Two spike mutations L452R and T478K, primarily account for significantly increased infectivity and immune evasion potency of the delta variant. Another subvariant of the B.1.617 lineage is kappa (B.1.617.1), which also originated in India. There is evidence claiming that, like the delta variant, the kappa variant with two spike mutations L452R and E484Q might be less susceptible to antibody-mediated neutralization.

In the current study, the scientists have explored the effectiveness of COVID-19 vaccines, convalescent sera, and monoclonal antibodies in neutralizing the kappa, delta, and epsilon variants of SARS-CoV-2. The epsilon variant (B.1.427/B.1.429) originated in California and contained L452R mutation in the spike protein.

As observed in the study, antibodies induced by vaccination or natural infection are less effective in neutralizing SARS-CoV-2 variants containing the L452R spike mutation. 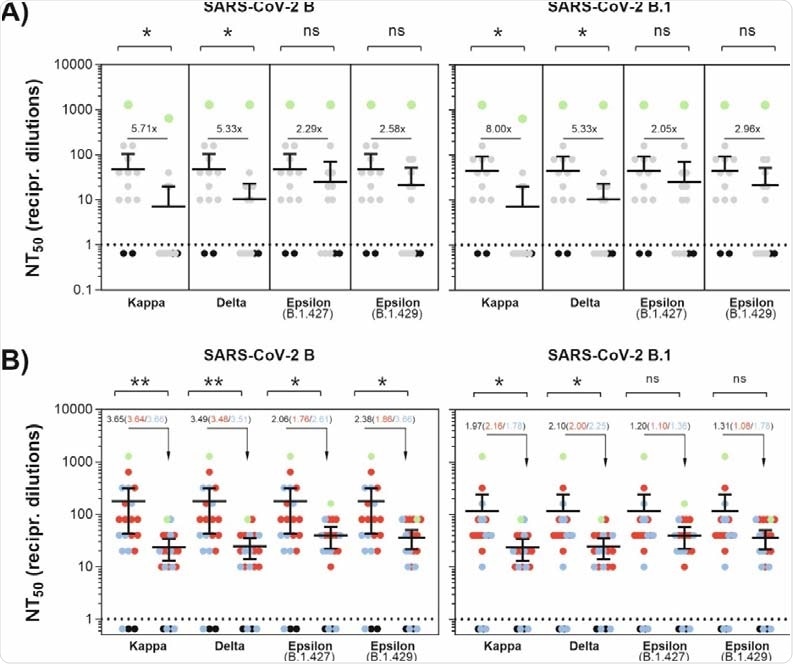 The study signifies that SARS-CoV-2 variants containing L452R spike mutation are more resistant to antibody-mediated neutralization than previously circulating variants with D614G spike mutation. Furthermore, compared to the co-circulating kappa variant, the delta variant has lower susceptibility to neutralization by antibodies induced by vaccination or infection.

Among currently available monoclonal antibodies, casirivimab is not effective against the kappa variant containing E484Q mutation. In contrast, the delta variant with T478K mutation exhibits resistance to imdevimab-mediated neutralization. Importantly, combination therapy with imdevimab and casirivimab offers effective neutralization of both kappa and delta variants.

medRxiv publishes preliminary scientific reports that are not peer-reviewed and, therefore, should not be regarded as conclusive, guide clinical practice/health-related behavior, or treated as established information.