Posted by: admin Categories: PREVENTION & WELLBEING
Comments Off on Why you may not be breathing right and how to fix it 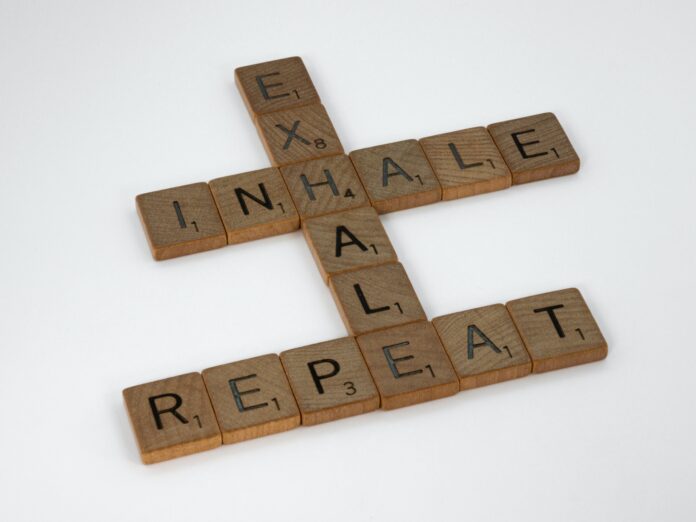 ​TAKE A breath. Where do you feel it land? What happens to your shoulders, your abdomen, your face? For something that is so vital to our health and well-being, we’re not terribly good at breathing.

We seem to either forget about it entirely, or we take big gulps, perhaps to make up for lost time. But that’s not the best approach, as far as your body is concerned at least.

The brain certainly needs a constant, steady supply of oxygen, which in turn will be dispersed right through the nervous system. Likewise, your muscles will let you know very quickly if there is an imbalance of gases, cramping up and causing severe spasms to let you know that all is not well.

While we cannot see the brain on the outside, we definitely feel the effects if it is unhappy with the oxygen and carbon dioxide rations it is given.

Yawning, sighing, stretching, and feeling thirsty are all ways the body has to make us take in oxygen. If you don’t pay attention to these signs, the brain will start to feel sluggish, unable to concentrate, perhaps even finding simple challenges difficult, such as coming up with a name or a number.

Your skin will also show signs if it is lacking in oxygen – perhaps looking a little grey or crepe-papery in nature.

Hydration plays a big part in sorting this out. Water, after all, is made up of oxygen.

Another area not to overlook though are the Omega oils. These can act as an insulator on the surface of cells, meaning that the water and oxygen you do take in is kept in the cells for longer. This helps you to operate at maximum efficiency at a cellular level.

If you are making a conscious effort to breathe properly, go easy on that ‘effort’.

Think of how a sleeping baby breathes. There is really no effort there at all, with the abdomen gradually filling up as they inhale and then gradually deflating again as they exhale. You’ll notice it doesn’t involve the shoulders at all.

Maybe if you are doing some specific yoga exercises, you will engage the upper ribcage and lungs, which will in turn move the shoulders somewhat, but as a rule, your focus should be on your abdomen and ribs. There is no need to pull the shoulders up to the ears when you inhale.

It’s often only when people start to do breathing exercises that they realise how much tension they are storing in their body. It can feel unnatural at first to release that tension from your abdomen, as certain trapped emotions may come up.

Likewise, you might notice you are inclined to grimace or clench in the face when taking deep breaths. Again, not necessary. The face doen’t need to become involved at all. Just let a gentle stream of air enter through the nose and gradually disperse right through the body. A few seconds later, gradually release the breath through the nose again. If it helps you to focus on what’s going on in your lungs, place your hands on the sides of your ribcage. Not alone should your abdomen fill out when you inhale, you should also notice your lower ribcage flaring out as your lungs expand fully.

If nothing else, avoid breathing through the mouth. It’s not designed in the sophisticated way the nose is.

The nose has narrow, hair-lined chambers designed to funnel air in gradually, warming the air as it goes and filtering out any particles of dust. It helps also to regulate the amount of air which enters the body at any given time.

When you start trying to breathe correctly, you may feel as if you’re not getting in enough air and the temptation can be to gulp air through the mouth to overcompensate. A little bit of air hunger can actually be a good thing. By taking less breaths per minute, you can help switch your body into parasympathetic mode. This enhances tissue repair and recovery from injury and also means cells don’t age as quickly.

The mouth on the other hand, lets in very large amounts of unfiltered air and likewise can release too many gases, if you breathe out through the mouth.

If you find it a challenge to remember to breathe properly at first, maybe give yourself a cue.

Each time you take a drink of water, take a couple of abdominal breaths, or when you start the car or in the shower or when you’re doing the washing up. Whatever feels like a natural point for you, as long as it becomes a regular part of your day.

The body simply cannot survive at all if it has no oxygen, but it’s worth noting that it can’t function optimally if it doesn’t have optimum oxygen and carbon dioxide levels either.

The foods you eat will affect this too, of course. Highly salted, denatured foods will provide little vitality, whereas fresh, living foods – green foods in particular – can really tip the balance in favour of maximum oxygen absorption.

The main building block cell structure of green foods is very similar to haemoglobin, the cell which helps to carry oxygen around the body in the bloodstream.

Your immediate environment will play its role too.

Are you in a heavy traffic area for much of your day, or possibly a stuffy office with too much heating or air conditioning? Is there any relatively green area you can escape to for five minutes to restore some vitality to your cells?

We can survive for days without food, we can even manage without water, though our health will suffer for it. But air is a non-negotiable. Mere minutes without it and we’re in trouble. So if you’ve developed poor breathing habits by day or no breathing, known as sleep apnoea, by night, make it a top priority to relearn the vital skill of breathing, as it’s a fundamental key to thrive.