The Khon Kaen Office of Buddhism has warned a forest temple abbot to refrain from a fire-breathing ritual, after video of him spewing flames from his mouth in front of a crowd was widely shared on social media.

They met with the abbot, Phra Tawatchai, and told him to tone it down.

After the meeting, Mr Somporn quoted the abbot as saying he had performed the same  stunt during the Songkran holiday for the past 16 years.

He only wanted to show Buddhist followers that fire-breathing was not a supernatural power.

Nonetheless, Phra Tawatchai had been told to refrain from blowing fire as part of a ritual, because it had nothing to do with Buddhist teaching, Mr Somporn said.

He said it was not serious enough for Phra Tawatchai to be requied to leave the monkhood. The abbot had agreed not to do it again. (continues below)

Phra Phayom Kalayano is the popular abbot of Wat Suan Kaew, and advises his followers to think logically and not to be deceived into believing in miracles.

"If you believe that fire breathing is a miracle, then you might as well burn all Buddhist teachings," Phra Phayom said.

Good things happen to those who help themselves, he said. 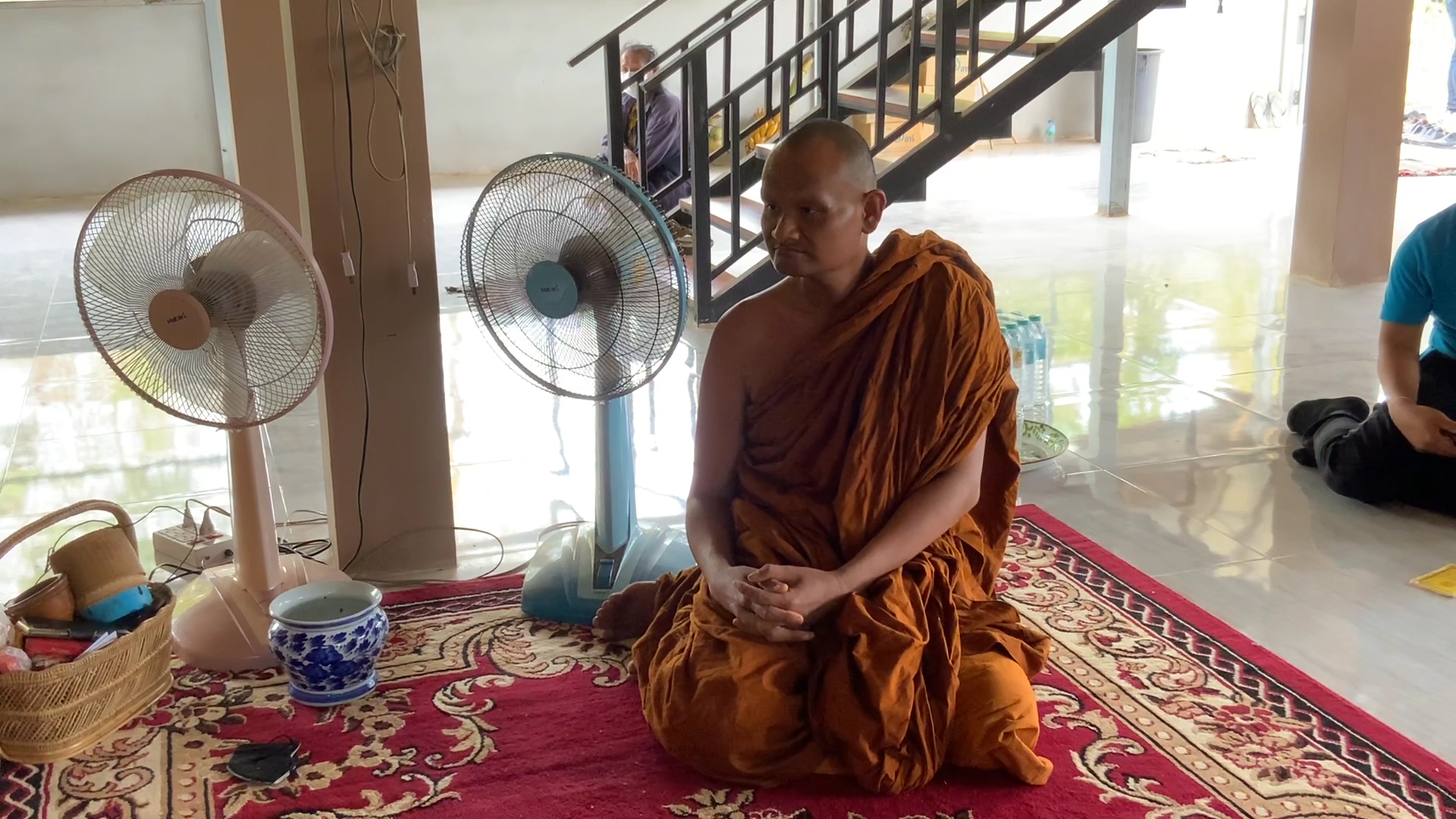