Red-backed Salamanders are tiny but numerous, and invading fungus could cause a huge die-off

Posted by: admin Categories: SPORTS & ATHLETICS
Comments Off on Red-backed Salamanders are tiny but numerous, and invading fungus could cause a huge die-off 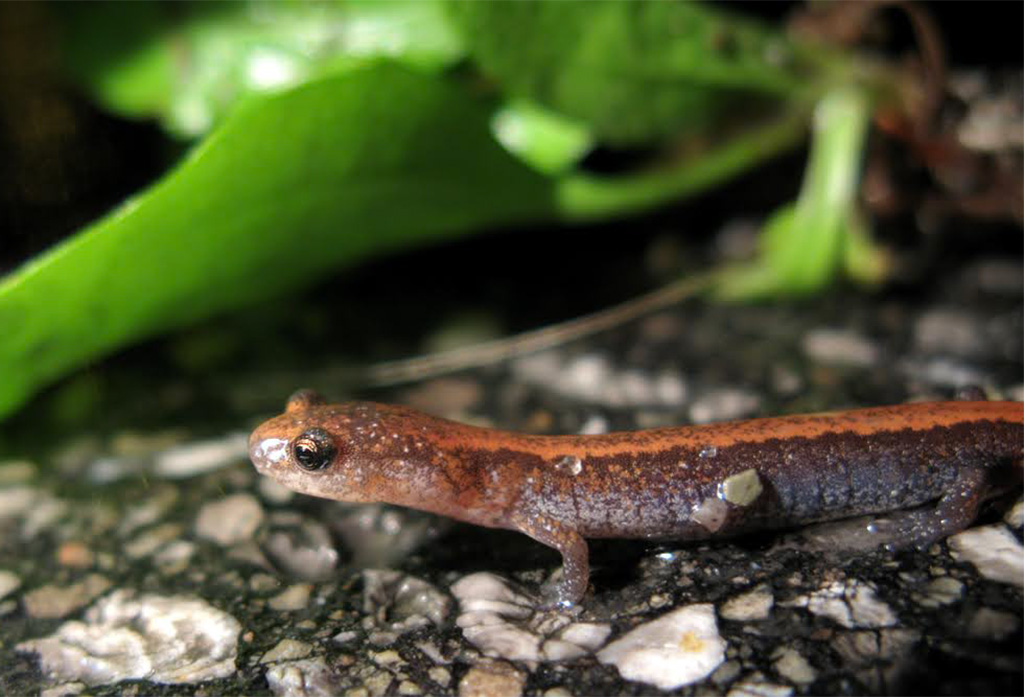 There are more salamanders in Northeast forests than all birds and mammals combined. (Photo: Dave Huth via Wikimedia Commons)

Yes, salamanders. Even though you probably do not see these guys often, they are there hiding in leaf litter and nestled in the moist soil beneath your feet in wooded areas. Since a large percentage of salamanders rest below ground, they are probably underrepresented when population counts take place. 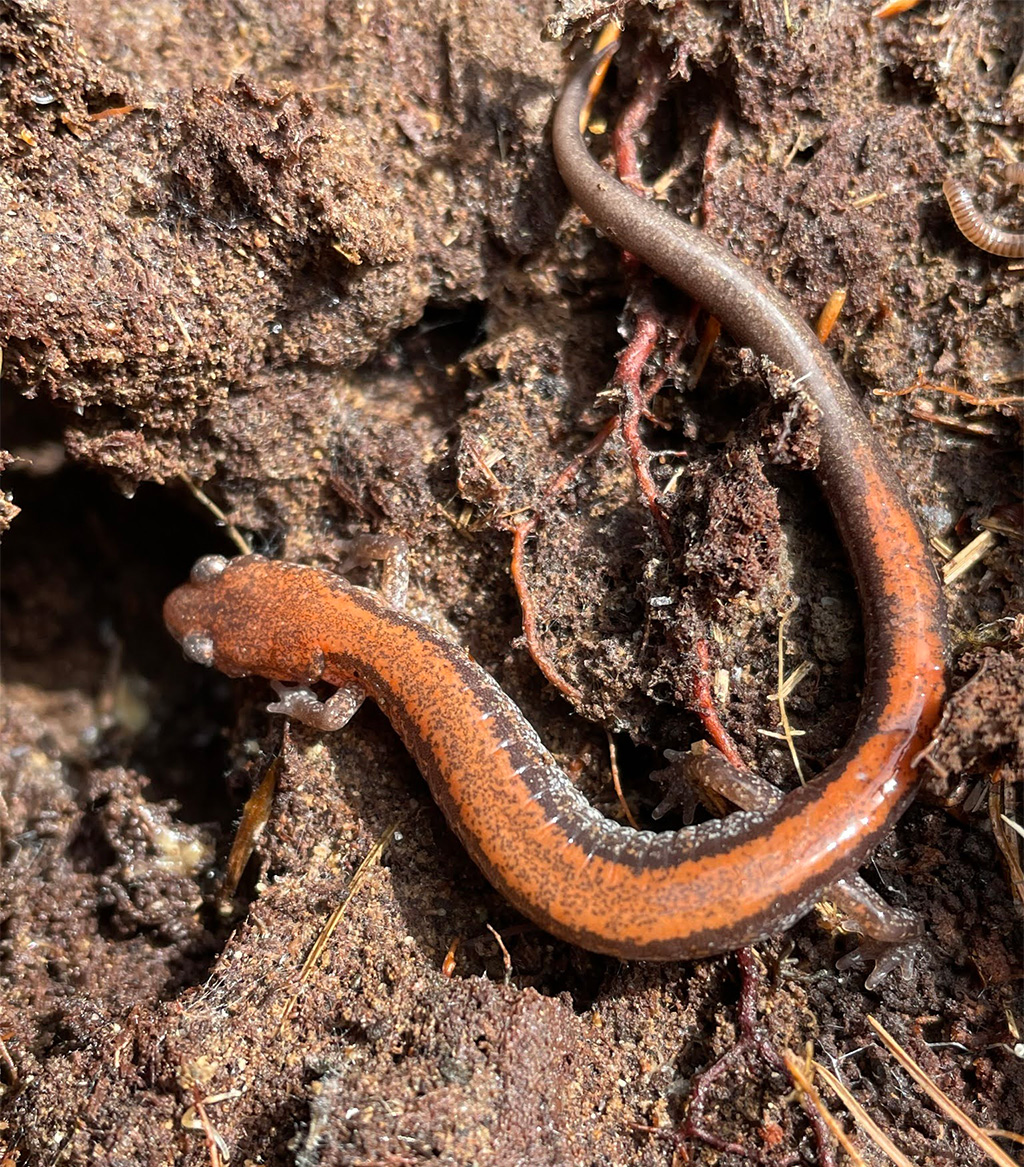 A red-backed salamander seen at Spot Pond in Stoneham this past April. (Photo: Joe MacIndewar/Earthwise Aware)

Red-backed salamanders, which are native to the region, do not have lungs; they breathe through their skin, which they must keep moist. They rest under logs, leaves or in burrows. In the winter, red-backed salamanders involuntarily lower their body temperature, heart rate, breathing rate and metabolic rate, entering a state of torpor below the frozen ground. They are not freeze-tolerant, however, and they must select a location that will not get cold enough to risk their lives.

Red-backed salamanders often have a reddish stripe down their back, but they come in other colors too, including entirely gray or entirely red. These salamanders are amphibians but spend their entire lives on land, unlike most other amphibians not laying their eggs in water and having no larval (tadpole) stage – babies that hatch from eggs look just like adults except smaller.

Contrary to the way it was drawn here in 1896, a red-backed salamander has four toes on each front foot and five toes on each back foot. (Edward Knobel via Wikimedia Commons)

A female salamander lays about eight to 10 eggs in a grapelike cluster suspended from the roof of the nest cavity. The mother stays coiled with the eggs for 60 days, during which time she is unable to search for food and eats only if some prey wanders near enough for her to capture it. By staying with the eggs, she protects them from predators and prevents them from drying out. The eggs hatch in August or September. After birth, the baby salamanders remain in the nest cavity with the mother for one to three weeks, then disperse to live on their own. 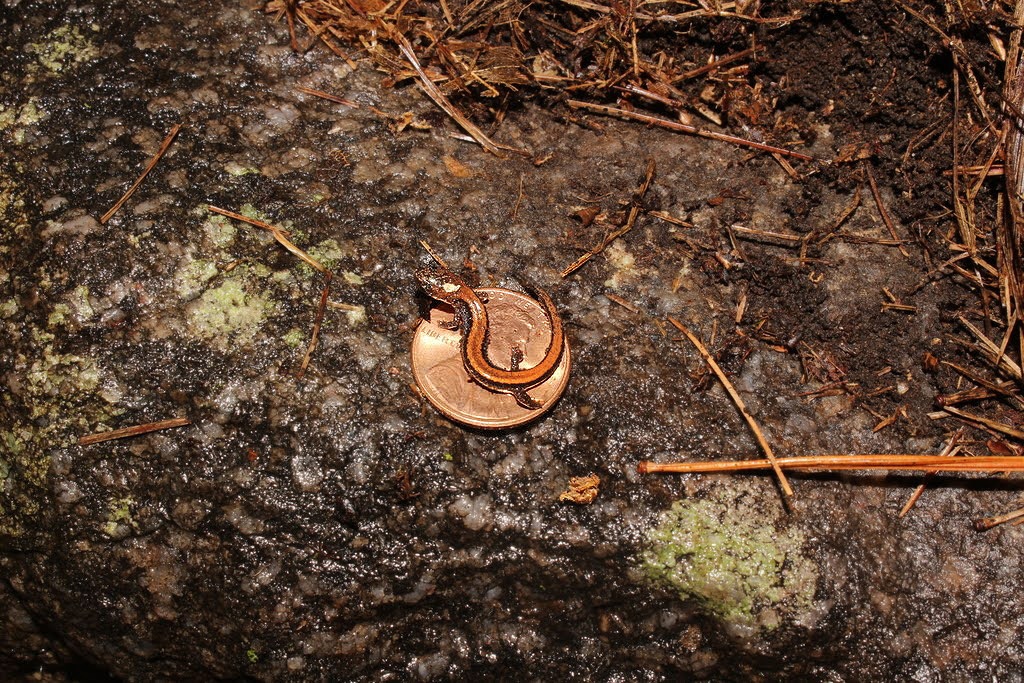 A yearling salamander in relation to the size of a penny. (Photo: Alex Karasoulos)

Many snakes, birds (robins, blue jays, crows) and mammals (raccoons, skunks, opossums) eat salamanders. Eastern red-backed salamanders sometimes try to evade predators by coiling their tail on top of the body and undulating it, releasing distasteful secretions from glands in the tail in the process. If attacked anyway, the salamander will drop its tail and run. A new tail, lighter in color, eventually regrows to replace the dropped one. 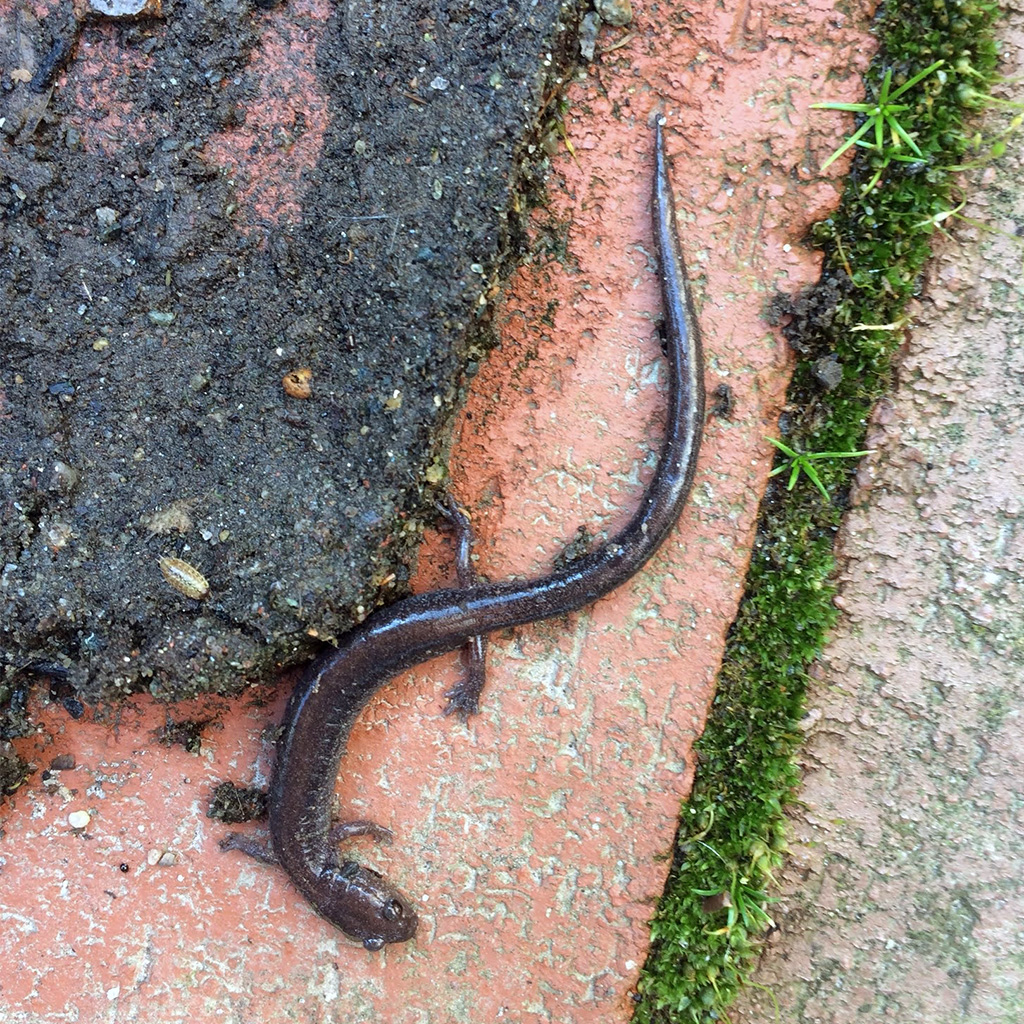 Red-backed salamanders eat tiny organisms – mostly mites, springtails (hopping flea-size critters) and larvae. Because they live only where it is damp, their foraging range is limited by weather conditions. During the day, these salamanders travel through the leaf litter in search of prey; at night they climb trees and plants in their hunt. They are most active in forests on cool, rainy nights (which may help explain why we don’t see much of them). As dampness decreases, their range also decreases. Therefore, these salamanders eat large quantities of prey when conditions are good, storing fat to live off of when conditions are not so good.

Red-backed salamanders are territorial. They scent-mark their territory and fecal pellets to let other salamanders know the boundaries of their range, though adults will sometimes let juveniles they are related to onto their territory. 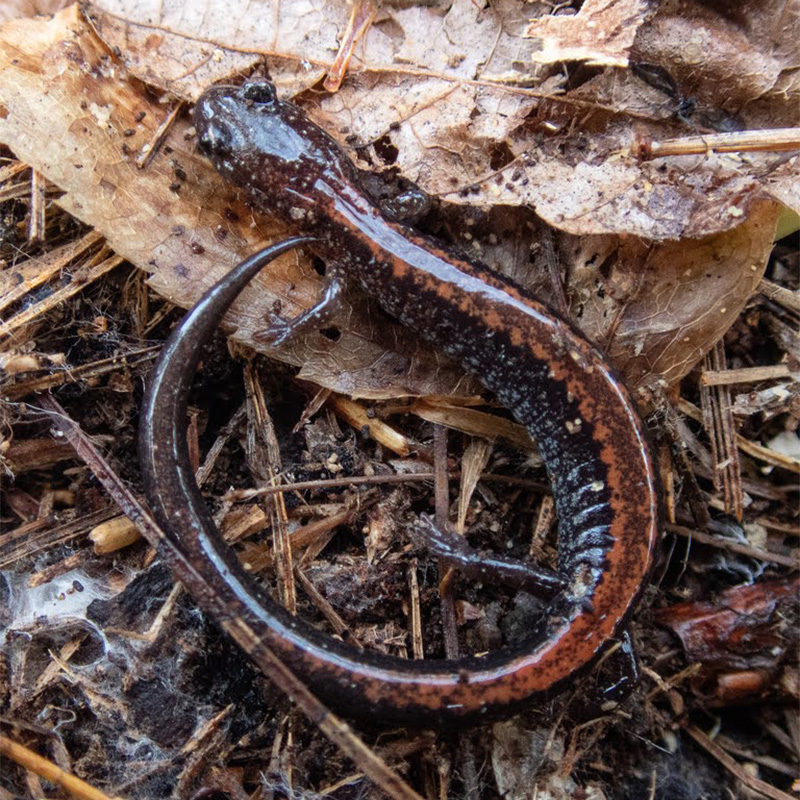 Red-backed salamanders breathe through their skin; they do not have lungs. (Photo: Betsy Lambert)

Because of their abundance, eastern red-backed salamanders play an important role in our ecosystem, for they consume large quantities of insect pests and other invertebrates. (It has been estimated that they hectare.) Conversely, they are a good food source for larger predators. They help protect the forest’s fungi. Fungi break down organic matter. If leaves, logs, and dead organisms did not rot, a forest would not get needed nutrients. Because red-backed salamanders feed on fungi-grazing invertebrates, they help keep the forest ecosystem in balance. 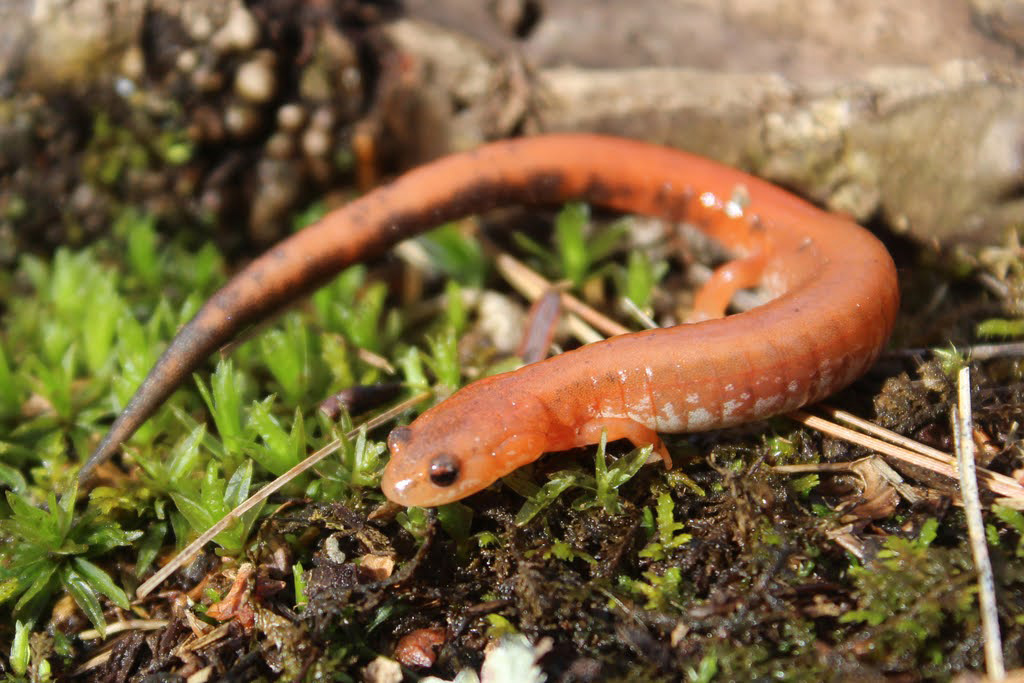 Salamanders with excess red pigment, such as the one shown here, are uncommon and can be found only in higher elevations in the northern part of their range – Western Massachusetts, Northern New Hampshire and Vermont, but not in Eastern Massachusetts. (Photo: Alex Karasoulos)

If this fungus spreads to North America, massive die-offs may occur. Researchers believe it is only a matter of time before the fungus arrives by way of the international pet trade. To try to stem this catastrophe, the U.S. Fish and Wildlife Service in 2016 imposed a ban on the trade of 300 salamander species (one-third of all species). Frogs can also carry this fungus, though, and many amphibians that are imported have not been tested for it. So it is not known if they, too, can transport it.

Europe has responded to this problem by testing every animal arriving into the continent. Europe also requires amphibians to live in a environment heated to 77 degrees Fahrenheit for 10 days to kill the fungal spores. The illegal wild-caught salamander trade may still spread this fungus, despite these precautions. 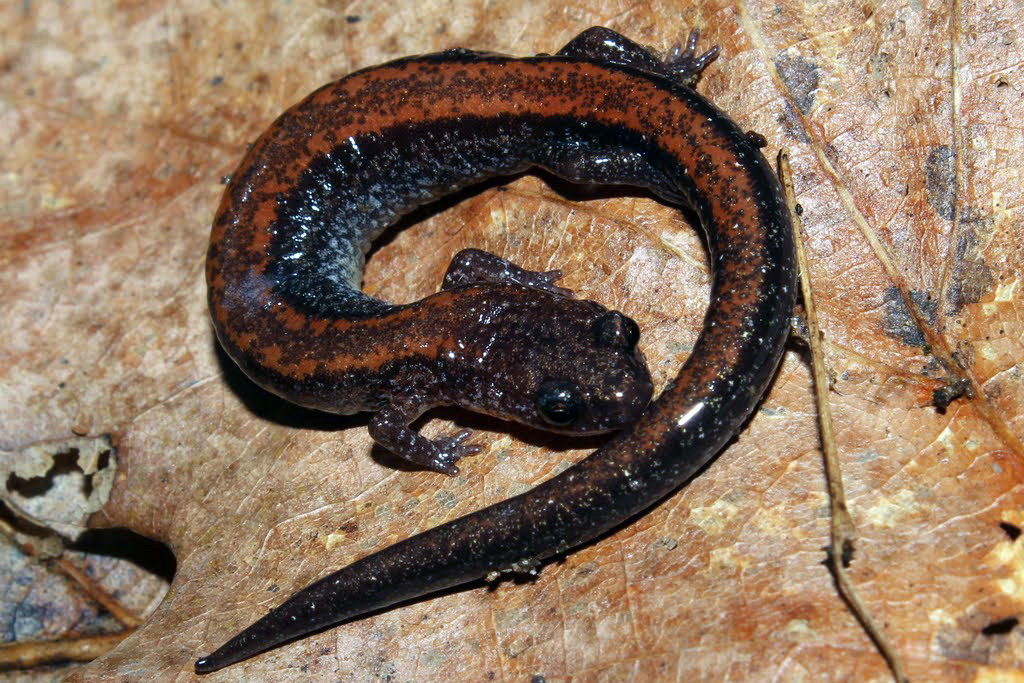 This fungal epidemic is not the only threat to red-backed salamanders. Loss of forested land, invasive species and pollution (especially acid rain, for these salamanders cannot live in acidic soil) have led to declines of many salamander populations across North America. 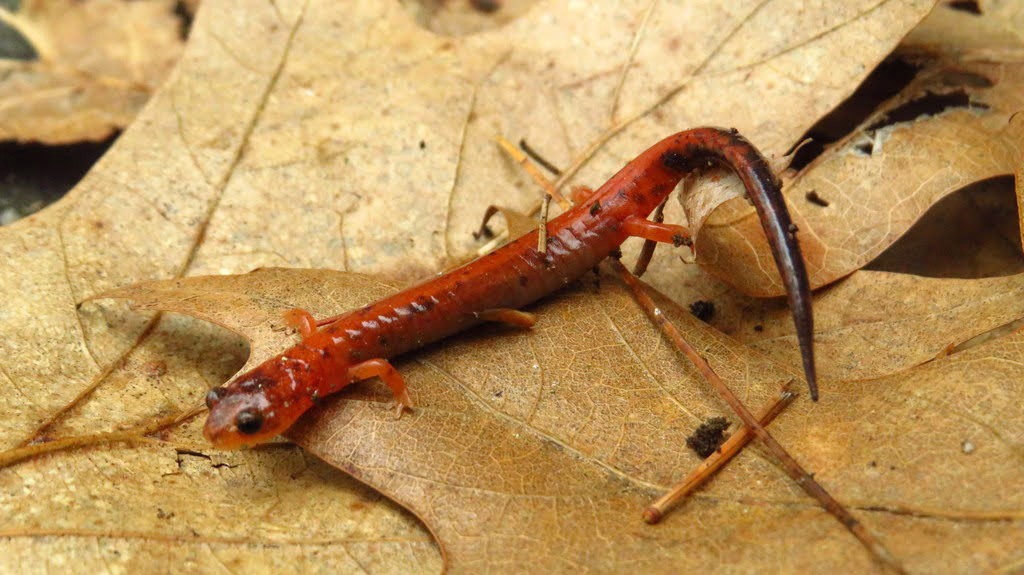 Adult red-backed salamanders may grow to be 2 to 4 inches. (Photo: Alex Karasoulos)

Have you taken photos of our urban wild things? Send your images to Cambridge Day, and we may use them as part of a future feature. Include the photographer’s name and the general location where the photo was taken.

Jeanine Farley is an educational writer who has lived in the Boston area for more than 30 years. She enjoys taking photos of our urban wild things.

Tags: breathing
« What is the position of rehabilitation equipment in medical devices
That Delta-8 THC You Bought Might Be More Potent Than You Think »