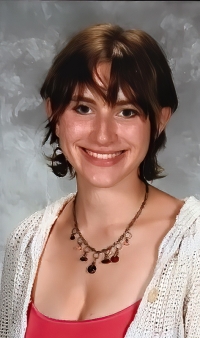 Here is her essay:

Color And The Brain: Are We All Simply Puppets Of The Color Palette?

Just as we consume food, we consume color at an even greater rate, constantly digesting the different tonalities that paint our world. But little do we know that the beige of the library walls we study in, the red of busy hallways and restaurants, and the blue of your own bedroom have been strategically chosen from millions of different swatches and tones and shades to control our bodily functions and alter our emotional behavior.

From the moment you entered the world, you were swaddled in a baby pink blanket. The same pink of the padded walls that consoled a kicking and screaming child detained at the San Bernardino County Probation Department in California to sleep within 10 minutes. The same pink that covers the buildings of urban cities to prevent vandalism. And the same pink on the walls of visiting football teams’ locker rooms to calm grown men into submission and defeat. This shade of “Baker-Miller” pink finds itself recurring in our lives, all resulting in the same effect — comfort.

It’s known that color sets a mood: red feels energetic; orange and yellow are lively and a bit overwhelming; green and blue bring calmness; violet feels creative; pink is comforting; and neutrals feel … neutral. But it’s not so known how and why. Stephen Westland, a professor and the chair of color science and technology at the University of Leeds, explains that these effects are based on “light but not vision.” When exposed to color, the retinal cells of the eye don’t just send signals to the visual cortex to recognize such color, but also to the hypothalamus, the part of the brain in charge of the body’s self-regulation — the part of the brain unable to recognize visual images at all. Simply seeing a color, or, more particularly, the light the color gives off, can affect a person’s mood, temperature, sleep, heart rate, ability to eat and breathing patterns.

This stands true in an experiment conducted by Harold Wohlfarth, published in a 1982 issue of the International Journal of Biosocial Research, in which he repainted an orange and white classroom in shades of blue and installed gray carpeting in place of the previous orange rug; all of the students’ blood pressure, respiration rates and pulses dropped, and they all became calmer, after the room makeover. That included two blind students: Although their eyes were unable to see the physical changes, their hypothalami picked up the changes in wavelengths, so they were ultimately able to reap the same benefits of those with sight.

Tags: breathing
« What’s It’s Really Like to Live With Allergic Asthma
Fitness Facts: May is Asthma and Allergies Awareness Month »