Ancient ancestors evolved to be strong and sn

Posted by: admin Categories: SPORTS & ATHLETICS
Comments Off on Ancient ancestors evolved to be strong and sn 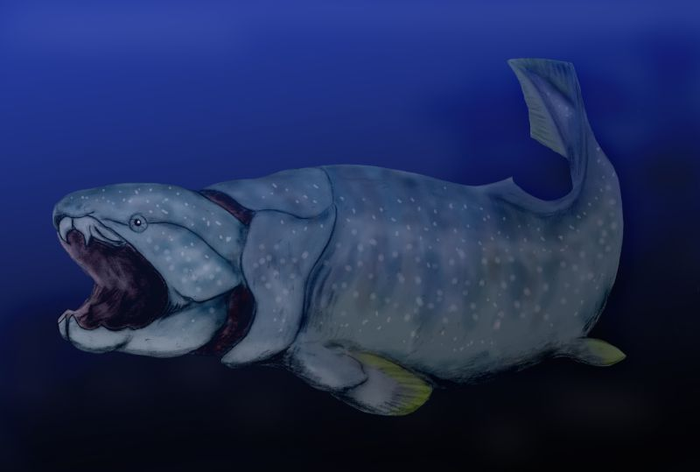 image: Dunkleosteus – one of the animals involved in the research
view more

Researchers led by the University of Bristol show that the earliest jaws in the fossil record were caught in a trade-off between maximising their strength and their speed.

Almost all vertebrates are jawed vertebrates, including humans, first evolving more than 400 million years ago and distinguished by their teeth-bearing jaws. Humans owe their evolutionary success to the evolution of jaws, which allowed animals to process a wider variety of foods.

Jaws evolved from the gill arches, a series of structures in fish that support their gills. A new study, published in the journal Science Advances today, explores how a breathing structure came to be a biting structure. To do this, researchers based at Bristol’s School of Earth Sciences collected data on the shapes of fossil jaws during their early evolution and mathematical models to characterise them. These models allowed the team to extrapolate a wide range of theoretical jaw shapes that could have been explored by the first evolving jaws. These theoretical jaws were tested for their strength - how likely they were to break during a bite, and their speed - how efficiently they could be opened and closed. These two functions are in a trade-off – meaning that increasing the strength usually means decreasing the speed or vice versa.

Comparing the real and theoretical jaw shapes revealed that jaw evolution has been constrained to shapes that have the highest possible speed and strength. Specifically, the earliest jaws in the dataset were extremely optimal, and some groups evolved away from this optimum over time. These results suggest that the evolution of biting was very quick.

William Deakin, PhD student at the University of Bristol and lead author, said: “Jaws are an extremely important feature to gnathostomes – or jaw-mouths. They are not only extremely widespread, but almost all creatures that have them, use them in the same way – to grab food and process it. That’s more than can be said for an arm or a foot or a tail, which can be used for all sorts of things.

“This makes jaws extremely useful to anyone studying the evolution of function. Very different jaws from very different animals can be tested in similar ways. Here we have shown that studies on a large variety of jaws, using theoretical morphology and adaptive landscapes to capture their variety in function, can help shed some light on evolutionary questions.”

Philip Donoghue, Professor of Palaeobiology at Bristol and co-author of the study, said: “The earliest jawed vertebrates have jaws in all shapes and sizes, long thought to reflect adaptation to different functions. Our study shows that most of this variation was equally optimal for strength and speed, making for fearsome predators.”

Emily Rayfield, also a Professor of Palaeobiology at Bristol and co-author of the study, added: “The new software that Will developed to analyse the evolution of jawed vertebrates, is unique. It allows us to map the design space of key anatomical innovations, like jaws, and determine their functional properties. We plan to use it uncover many more of the secrets of evolutionary history.”

‘Increasing morphological disparity and decreasing optimality for jaw speed and strength during the radiation of jawed vertebrates’ by W. Deakin et al in Science Advances.

Disclaimer: AAAS and EurekAlert! are not responsible for the accuracy of news releases posted to EurekAlert! by contributing institutions or for the use of any information through the EurekAlert system.

« Paul Abraham: Five tips on how to sit down and de-stress
Coloradans with health conditions navigate “in-between land” of COVID’s latest phase »