Vocal cord dysfunction can be misdiagnosed as asthma

Posted by: admin Categories: PULMONARY DISEASES
Comments Off on Vocal cord dysfunction can be misdiagnosed as asthma

When Megan Eckhoff decided to attend grad school in Florida to become a physician assistant she faced some challenges but it had nothing to do with academics.

FOX 2 - When Megan Eckhoff decided to attend grad school in Florida to become a physician assistant she faced some challenges - but it had nothing to do with academics.

"I was anticipating a little bit of struggle just due to my previous history with asthma here in Michigan," said Megan Eckhoff.

Megan’s asthma combined with the hot, humid weather in Florida led to a condition called Paradoxical Vocal Fold Movement which can make breathing and talking difficult - because the vocal folds close, when they should open.

"After my first hospitalization in Florida I came back home and saw my asthma doctor at Henry Ford," she said.

That visit lead Megan to see a speech language pathologist.

"This disorder has frequently been misdiagnosed as asthma," sad Dr. Alice Silbergleit.

Silbergleit knew asthma was the trigger.

"She had triggers from her asthma coughing, that caused the vocal folds to come together when they should have been opened,"  the doctor said. "And she also had triggers with movement. If she ran or walked, she would start to get that inability to breathe."

The doctor began working with Megan

"(We tried) some breathing techniques because her vocal cords were coming together, obstructing her breathing when they should be open to allow air to flow through," the doctor said.

Megan was taught some breathing techniques to help her.

"The breathing technique that helped me the most, was the 4,7,8 breathing," she said. "You breath in for four (seconds), hold for seven, and exhale with your tongue behind your front teeth for eight."

The techniques helped so much that Megan was able to return to Florida and finish school to become a physician assistant.

During her graduation or white coat ceremony Megan called on Dr. Silbergleit to travel to Florida to coat her marking her formal entry into her medical career.

"She has been a huge part of just getting me through the last few months of school, I gave it a shot and ask her if she’d be willing and she was and it was awesome," Silbergleit said.

"Of course I said yes it was such an honor for me to be asked and I was thrilled to participate," her doctor said.

Megan works in the Lansing area and says she is doing much better.

"During that breathing exercises you could tell my vocal cords open a lot more," she added.

As Word Voice Day is recognized every year on April 16th, doctors want you to know if you are having issues with your voice, treatment is available.

"If people are experiencing similar symptoms they know that there is hope for them," Silbergleit said. 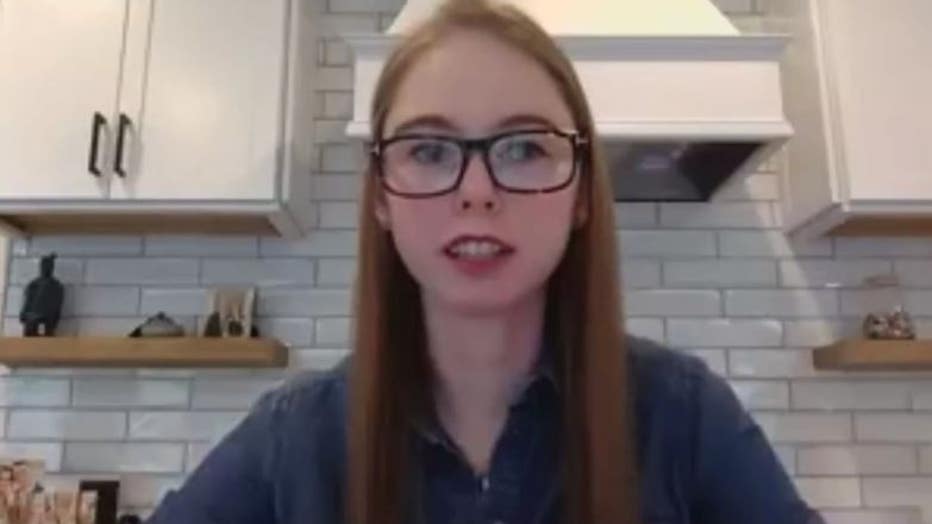