27 drug samples declared ‘Not of Standard’

Posted by: admin Categories: Covid19
Comments Off on 27 drug samples declared ‘Not of Standard’ 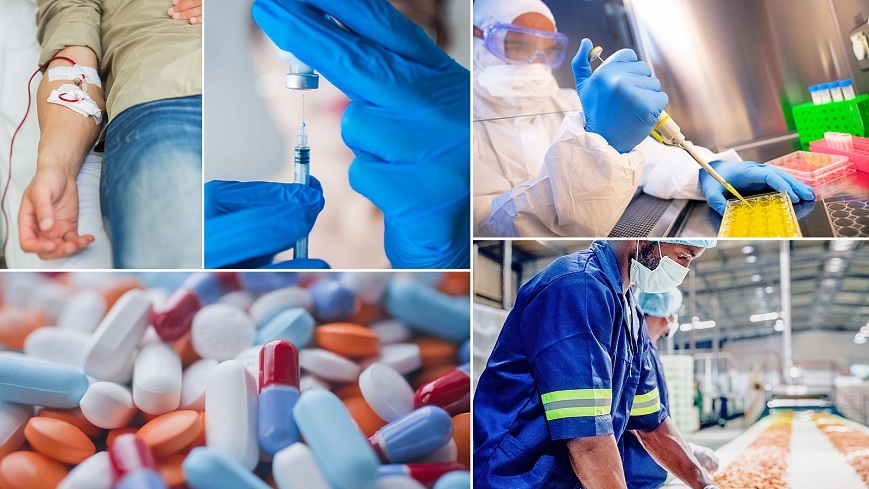 The Government Analytical Reports from The Government Analyst, Food and Drugs Administration Laboratory, Mumbai, over the period of one month till October 21, have confirmed 27 samples out of 62 as failed in the analytical test. Means, 44.5 per cent samples have been declared ‘not of standard’ by the analyst. According to a source, “The FDA officials conducted 1,549 inspections over the month and sent 62 samples of different medicines for analysis as per the protocol. Out of the 27 samples of drugs declared ‘Not of Standard’ five samples are of Remdesivir brands and four of hand sanitisers.” “The five brands of Remdesivir declared as ‘not of standard’ contained Remdesivir as an active ingredient from zero per cent to 49.86 per cent. 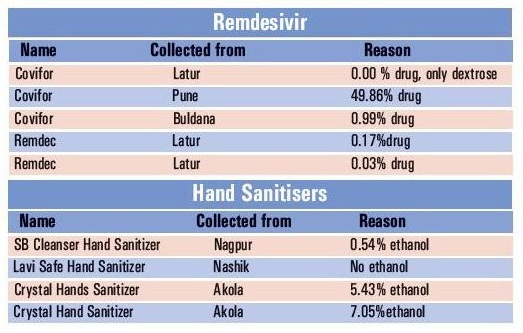 These brands were collected across the State and the analytical reports received from September 21 to October 21,” the reports stated. Government analyst in these reports had mentioned, “The Remdesivir Injection Brand Covifor samples collected by G P Ghirke, Drugs Inspector from Buldhana from Vidarbha has only 0.99 per cent Remdesivir drug. The brand is manufactured by Hetero Labs Ltd., Navasari, Gujarat. The Hetro RX Remdesivir for Injection brand sent by S S Bugad Drug Inspector from Latur does not give the identification test for Remdesivir, means the sample does not contain Remdesivir and only dextrose found in it. The unsealed vial having a label of Covifor sent by V V Nagare, Drugs Inspector from Pune has been prepared by Sandeep Sanjay Gaikwad, Kasba Baramati by filling empty vials of Covifer and surprisingly this sample had 49.86 per cent active ingredient of Remdesivir. Another sample of Remdac Rx Remdesivir for Injection, Lyophilized powder sent by S S Bugad, Drug Inspector from Latur has declared not of standard as it has only 0.17 per cent of Remdesivir and the name of manufacturer has been missing on the label and only name of Cadila Health Care Vatva has been printed.

The sample Remdac sent of Drug Inspector, S S Bugad from Latur has contained only 0.0 per cent of Remdesivir.” “The same is the case with hand sanitisers. Two samples of hand sanitisers with brand names Crystal Hand Santizer sent by S M Rathod Drugs Inspector from Akola are declared ‘not of standard’ by the analyst for lack of ethyl alcohol. Another sample of brand Lavi Safe Hand Sanitizer sent by S S Deshmukh Drugs Inspector from Nashik also failed the analytical test and the sample of brand of S B Cleanser Hand Sanitizer sent by N V Lohakare from Nagpur also failed the analytical test as it has very less amount of ethyl alcohol than the same claimed on label,” the reports said.