One person has definitely tested positive. But there are unconfirmed reports of several more.

For a short time, it seemed Everest had returned to normal, but the first COVID case in Base Camp broke the dream. It threatens both to put lives in danger and end the season before it begins.

Nepal’s Department of Tourism Chief Rudra Singh Tamang insisted to ExWeb correspondent Shashwat Pant that no one in BC had the virus. “The report we received stated that he had pneumonia, although he had Covid-19 symptoms,” Tamang said. “But now the patient has been discharged from the hospital and he does not have any symptoms.”

But the patient himself, Erlend Ness of Norway, tells a different story. He did have COVID, he says, and while he tested negative in the last PCR, he still has a long recovery ahead, as he explained personally to ExplorersWeb.

“I tested negative last night and am out from hospital now, but I’m not fully recovered.  It will take six months, my doctor said,” Ness told us. “He advised me to not go back to the mountain because I will get altitude sickness easier than before, so I will leave Nepal and go home in few days.” 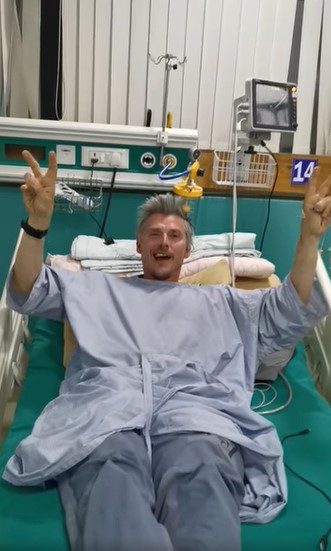 Ness said he was not aware of the situation with his team (Mountain Professionals) still in Base Camp, because he has focused on his own recovery. “As [far as] I know, I’m the only climber who has tested positive up there,” he said.

When in Kathmandu, Mountain Professionals specifically noted that “all individuals had negative PCR test results delivered [right before flying to Lukla] and the team remains in proper care for individuals and others with regard to social distancing, masks…[and] limited interactions outside of our group.”

Ness confirms these precautions and does not understand how or where he could have caught the coronavirus. “Maybe at one of the tea houses where we stayed on the trek up Khumbu Valley? I really don’t know,” he said. “But I kept a distance from climbers in other groups.” 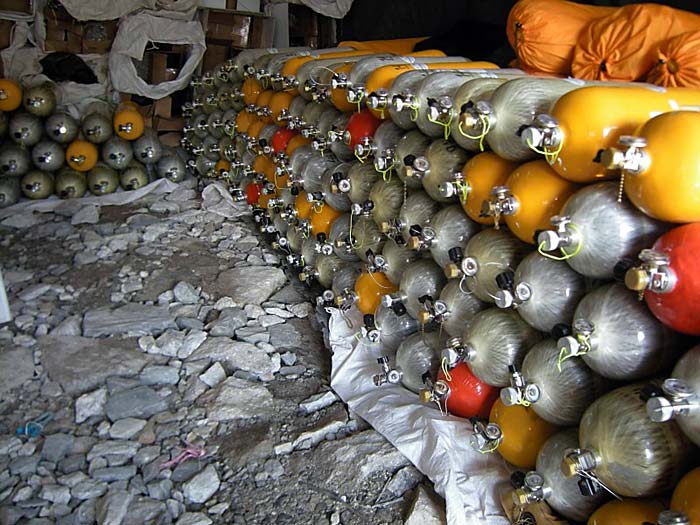 Oxygen canisters stocked before use on Everest. Photo: IMG

Oxygen for patients, not climbers

Beyond the Khumbu Valley, the whole Nepal is watching the dramatic evolution of the COVID pandemic in neighboring India and at home. “Daily cases [in Nepal] are 10 times what they were two weeks ago,” Shashwat Pant reported. “Towns bordering with India are locked down and Kathmandu could also be forced into lockdown if infections keep growing at that rate.”

Yesterday, a short piece by  ExploreSevenSummits wondered if the oxygen stacked on Everest for climbers shouldn’t be commandeered for hospitals, quoting news of a shortage in Nepal’s Narayani Hospital, located in Birgunj, on the border with India.

But according to Pant, journalists who specialize in health issues say that Nepal’s hospitals do not have a shortage. “So far, there’s plenty,” he says. “The country has just donated oxygen to India [where the shortage is indeed extremely serious].”

Rumors of further cases are swirling and the government is seemingly losing control of the situation. The Kathmandu Post has quoted an anonymous source in Everest Base Camp stating that “at least four people who were evacuated last week have been later diagnosed with COVID”.

One problem is that COVID symptoms are basically the same as HAPE (high altitude pulmonary edema). With teams currently on their first rotation to Camp 2, a few cases of Acute Mountain Sickness are likely.

Meanwhile, Nepal’s Department of Tourism refuses to confirm COVID cases. It claims that the hospital did not tell them of Ness’s positive COVID test.

An outbreak at 5,350m, with climbers’ immune systems debilitated by altitude, could be disastrous. We will update as news breaks.

Senior journalist, published author and communication consultant. Specialized on high-altitude mountaineering, with an interest for everything around the mountains: from economics to geopolitics. After five years exploring distant professional ranges, I returned to ExWeb BC in 2018. Feeling right at home since then!