This comes just one day after a member of Poland's delegation tested positive for COVID-19. 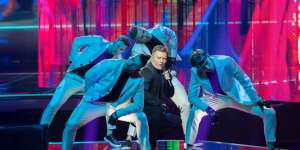 During a routine test on Sunday 16 May, a member of the Icelandic delegation tested positive for COVID-19.

In accordance with our strict health and safety protocol this person has now gone into isolation and as a precautionary measure, the other members of their delegation will also now undergo a PCR test and self-isolate.

Unfortunately, this means that the Icelandic delegation will now not attend the Turquoise Carpet event in person this afternoon (Sunday 16 May).

We will have further updates in due course and send our best wishes to the whole delegation.

EBU reports, that all delegations from the same hotel – Poland, Iceland, Malta and Romania – would not take part in Sunday's Turquoise Carpet event as a precautionary measure.

All members of the Maltese and Romanian delegations will also now undergo a further PCR test.

What will happen now?

Delegations with a positive COVID-19 test, will go into quarantine and undergo a PCR test. If a delegation won't be able to perform at one of the shows of Eurovision Song Contest, the delegation will choose between two options how their song should be presented at Eurovision:

Iceland's debut in Eurovision Song Contest was back in 1986, and has been participating 32 times since.

Since the introduction of Semi-finals in 2004 Iceland qualified to the Grand Final 9 out of 16 times.

Iceland is the only Northern European country that has yet to win the Eurovision Song Contest.