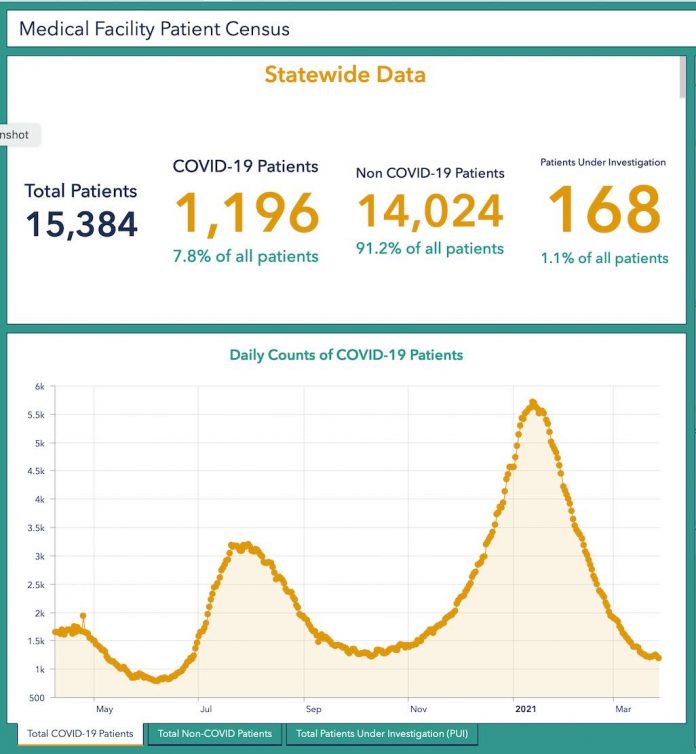 The county’s 2-week positive test percentage started the week at 4.1% and fluctuated between 3.9% and 4.5%, ending the period Saturday with 4.3% — still below that 5% target for an expended period.

Fayette’s 2-week total of new confirmed cases ranged from 116 at the beginning of the 7-day period to 104 new cases during the past two weeks as of March 27.

Fayette residents’ deaths — 4 during the week.

Fayette’s death rate among confirmed Covid cases is 2.2%. that compares to a state rate of 1.94%.

Fayette hospital cases started the week at 236 for the year of the pandemic and ended the week at 240, an increase of 4 newly hospitalized residents with the Covid infection.

Across Georgia, the Georgia Department of Public Health counted an additional 6,608 test-confirmed new cases during the week, an amount exceeded on a daily basis several times during the pandemic peak in January. See the accompanying DPH graph below. Fayette’s year-long journey between the peaks and valleys of the Covid infections follows the state graph.

Statewide deaths attributed to the coronavirus rose by 342 during the week to a pandemic total of 16,487.

A telling marker is the number of people currently occupying hospital beds across the state specifically for treatment of Covid-19. That number hit a high of more than 5,700 or 33% of all occupied hospital beds in January. It has fallen to its lowest level in many months: 1,196 patients hospitalized for Covid as of March 27, or 7.8% of all hospitalized patients, according to state data. The latest chart accompanies this report at the top. 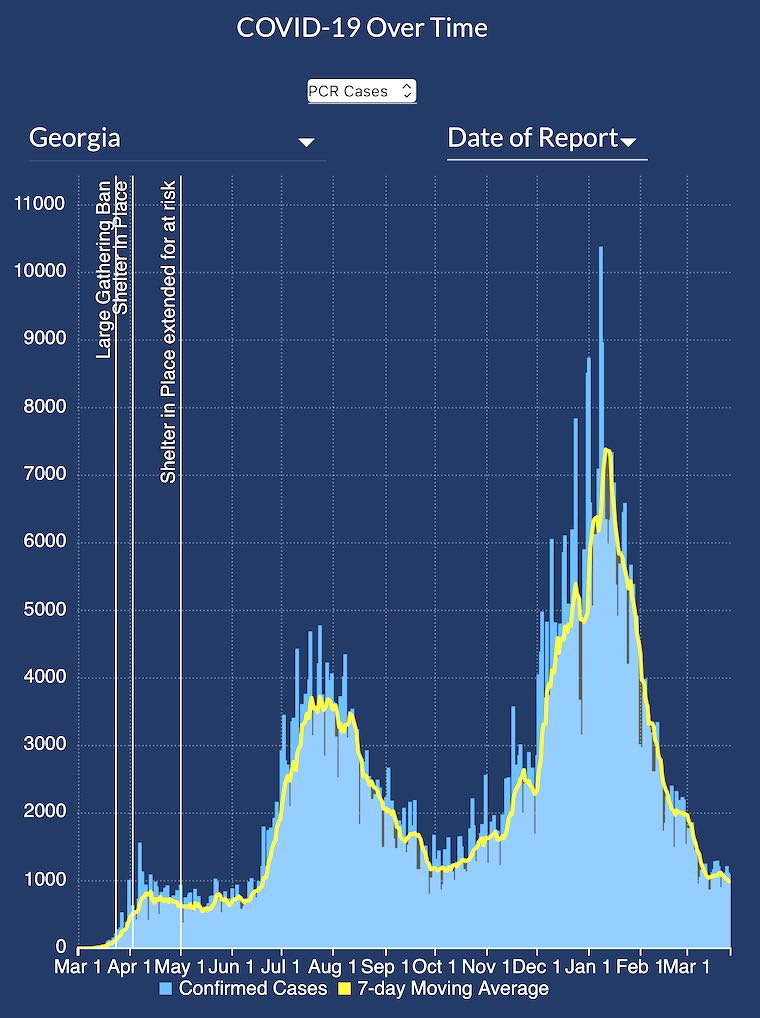 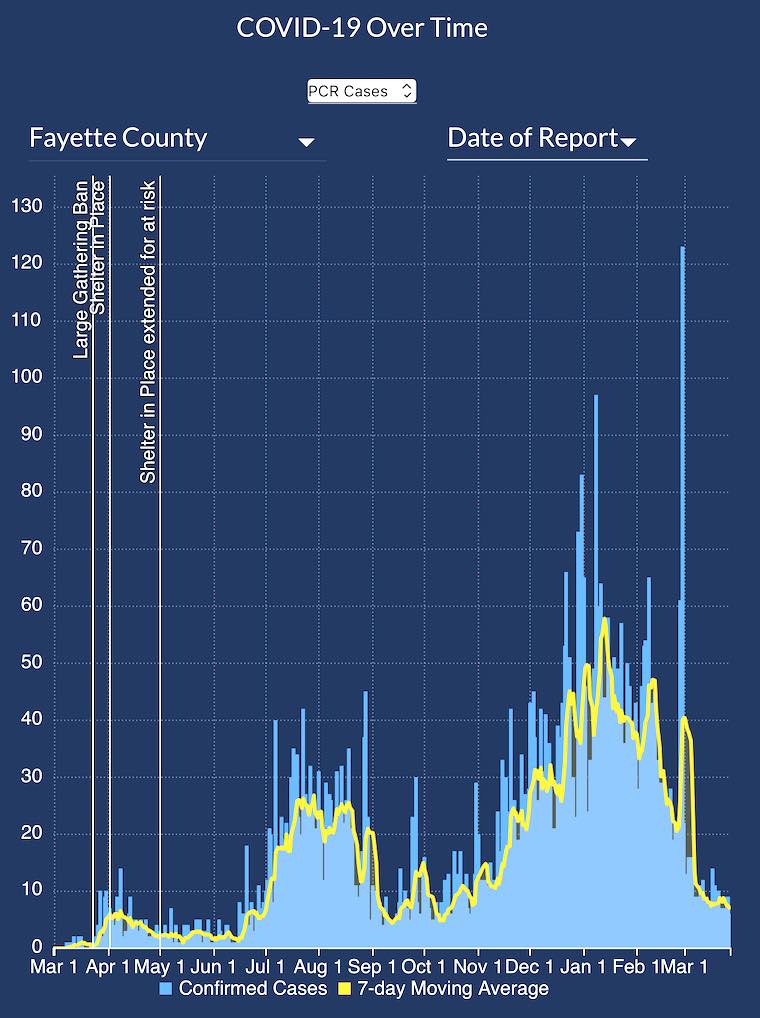